The launch follows Microsoft’s big Office news on November 6, when it made mobile editing free, launched Word, Excel, and PowerPoint for iPhone, as well as the same apps in preview for Android tablets. Since then, the company has seen 80 million downloads of Office for iPad and iPhone, 250,000 downloads of the Android tablet preview apps, and 4+ ratings for all. 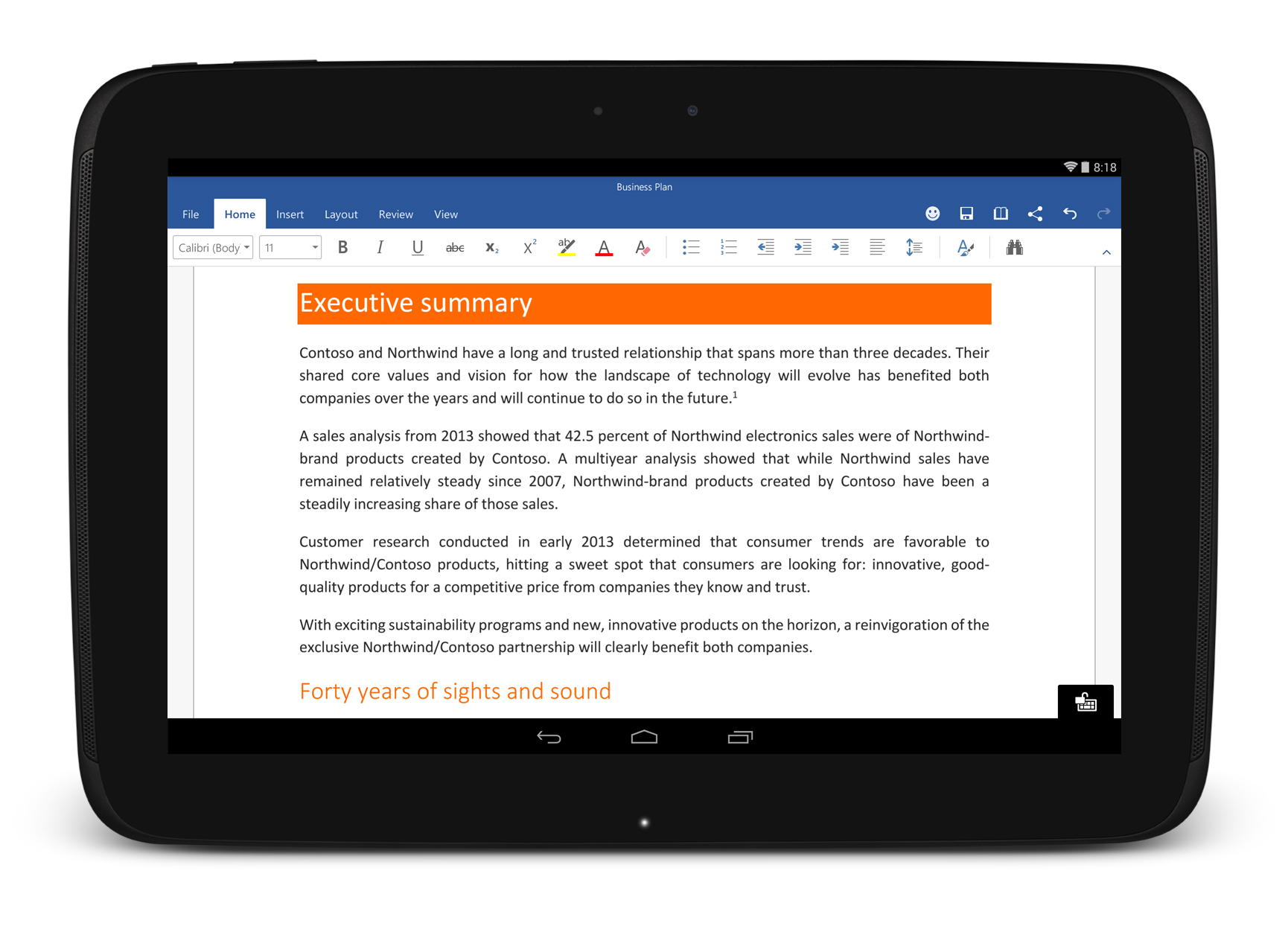 The Android tablet apps offer similar features and functionality as the iPad apps. “We want to make sure we’re delivering a similar set of experiences on the same form factors,” Microsoft product manager Amanda Lefebvre told VentureBeat back in November.

While the Word, Excel, and PowerPoint for Android tablets are free downloads for consumers, as are their iPad counterparts (log in with your Microsoft Account to create files, print documents, and edit for free), premium features for businesses require an Office 365 subscription. To gain access to those, you’ll have to log in with your Office 365 business credentials. 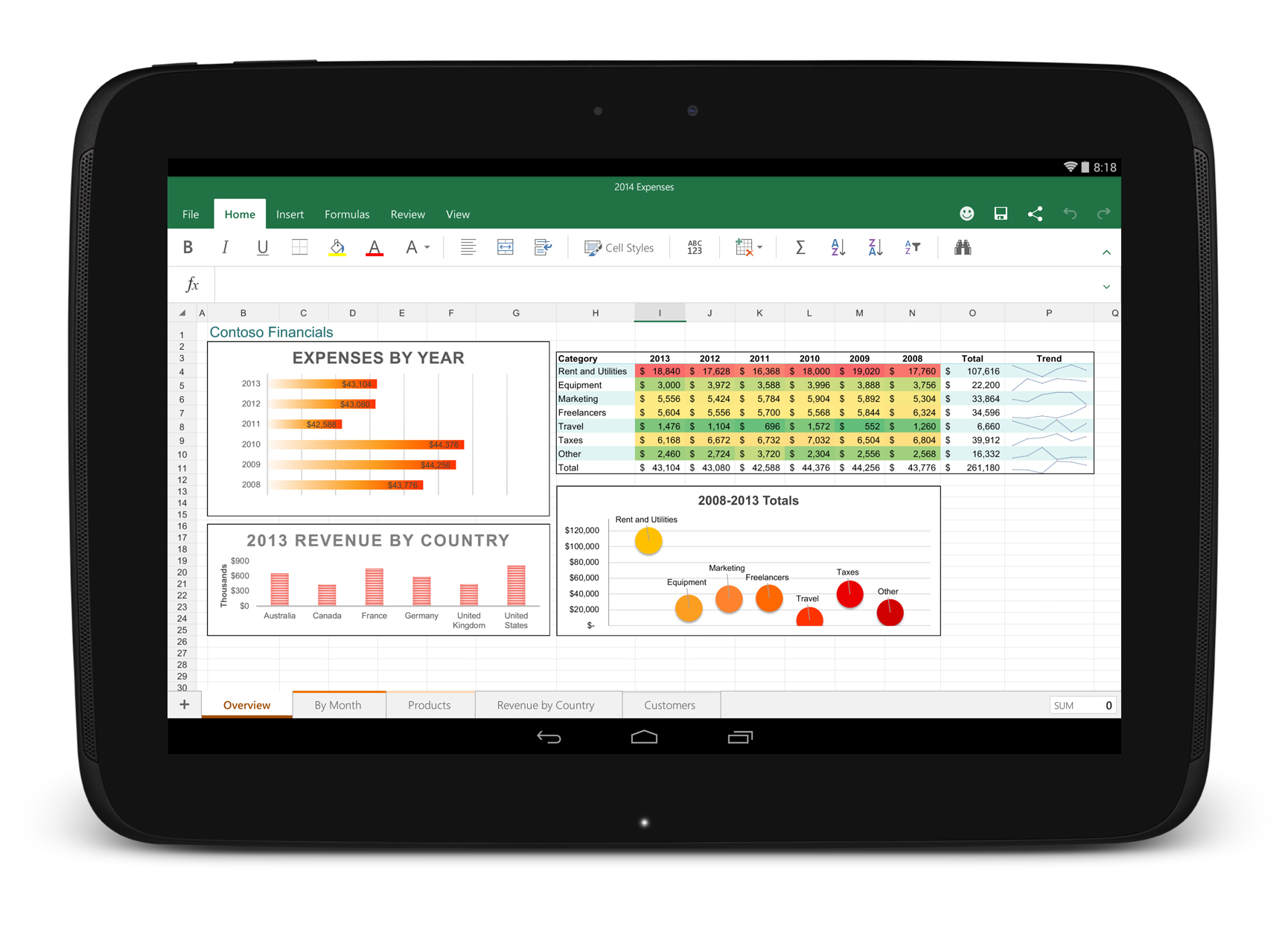 With iPad, iPhone, and Android tablets now all with their own separate Word, Excel, and PowerPoint apps, all that is left is for Office Mobile for Android phones to be split in three. Also on November 6, Microsoft promised these individual apps were in the pipeline and would arrive “at some point later.”

Today, Julia White, general manager of Microsoft Office, told VentureBeat the company would have more to share “in the summertime.” That’s a long time to wait, especially given that they will probably launch in preview and users will have to twiddle their thumbs even longer for a stable release. 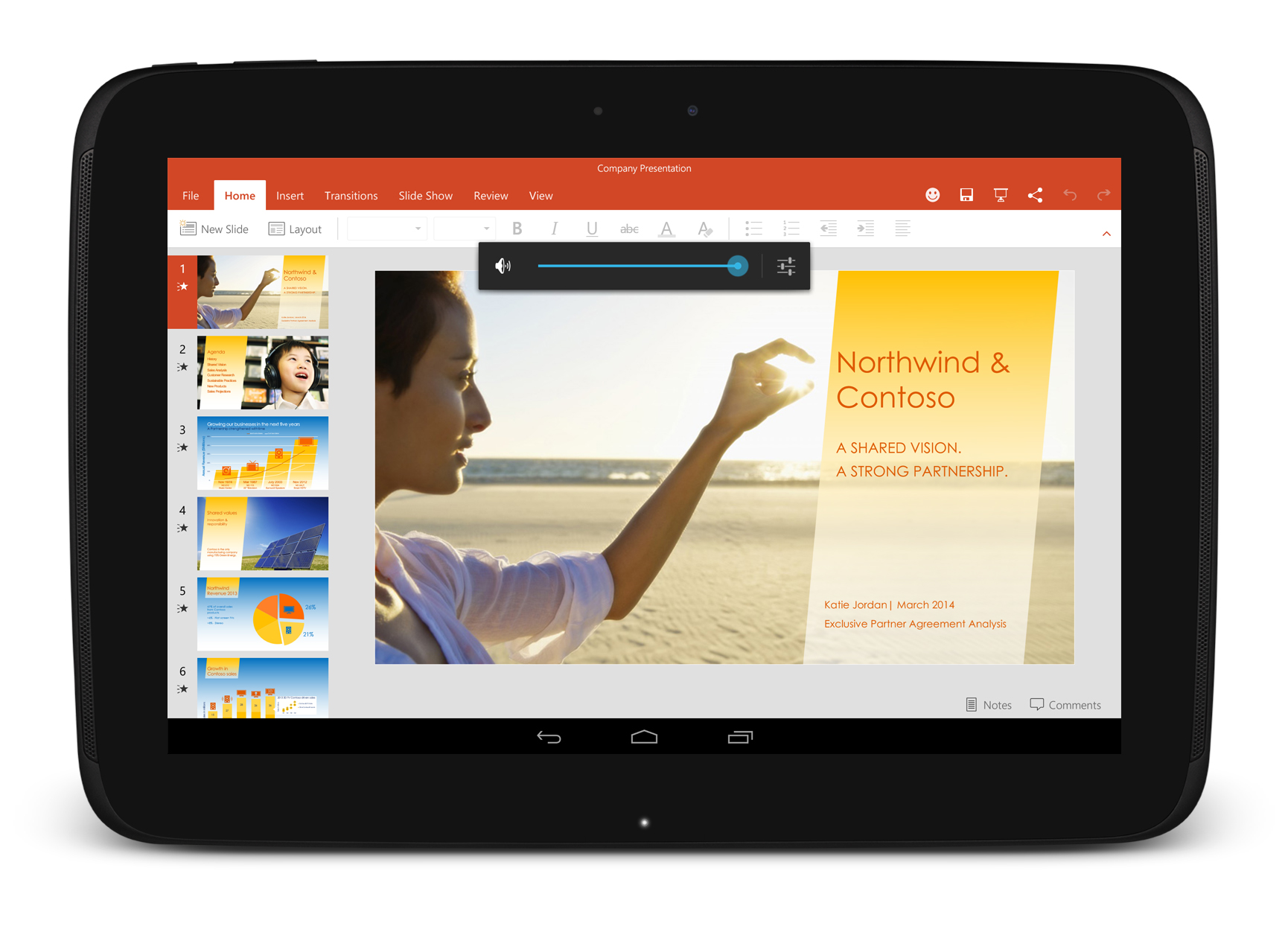 Maybe, just maybe, Office for Windows 10 will be out before then. That way, Windows users will finally have touch-optimized versions of Word, Excel, and PowerPoint on their phones before Android users. Either way, iOS has already won.

This is the world we now live in: Microsoft is perfectly happy building cross-platform, and if that means its own platform doesn’t get first pick, then it simply has all the more work to do. Presumably, the company has learned from its Office mobile push and will make building apps for Windows 10 the best of both the Android and iOS developing worlds.