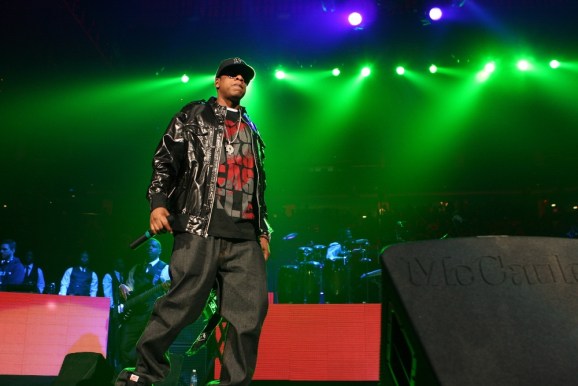 Here’s an interesting piece of acquisition news for a Friday morning: International rap superstar Jay Z is on the verge of buying Swedish company Aspiro AB — the firm that owns the recently-launched Tidal music-streaming service — as well as Norway-based WiMP Music.

Launched in 2010, WiMP is only available in Norway, Denmark, Sweden, Germany, and Poland, though you may well know the service under its other name in the U.S. and U.K., Tidal.

Tidal launched in just the two markets last year, with a focus on high-quality streams — a factor it hopes will lead people to pay $20/month for the service as opposed to the usual $10/month you’ve come to expect from the likes of Rdio or Deezer.

The acquisition bid was made under the “Project Panther Bidco Ltd” moniker, according to the press release, which is “indirectly” owned by S. Carter Enterprises (SCE). You’ll note that there’s no mention of Jay Z in there, but that’s because Jay Z’s real name is Shawn Carter.

According to the release, Aspiro’s board of directors has “unanimously recommended” that all Aspiro shareholders accept the offer.

Aspiro says it first received a notice of interest from SCE on December 3, and on December 13 Aspiro and SCE entered into an agreement that prevented Aspiro from actively soliciting offers from other potential buyers.

While the deal is yet to be signed and sealed, it looks certain to be given the go-ahead, with the acceptance period running between February 19 and March 11. The main stipulation from Panther is that, whatever the outcome of any bartering or negotiations, Jay Z wants to own at least 90 percent of the company.

So in effect, this is Jay Z making a big play for the music-streaming market and aligning himself with fellow rapper Dr. Dre, who cofounded the now Apple-owned Beats Electronics, which also offers the Beats Music streaming service in the U.S.

It’s an interesting move for sure, one that gives Jay Z direct entry into the on-demand U.S. music-streaming market. But it’s also an incredibly competitive space, with the likes of Spotify, Rdio, and Beats also offering their wares. Can Jay Z help Tidal conquer?

Just as Dr. Dre made a monumental success of his premium Beats headphones brand, a major celebrity such as Jay Z aligning himself with a premium music-streaming service might just work.

Tidal streams at around CD-quality — 44.1 kHz / 16-bit FLAC and ALAC music files at 1411 kbps. This includes mobile. It’s around four times higher than most of its direct competitors, so it will be interesting to see whether Jay Z can “sex up” the brand in the right demographics and tempt people to pay around double what Spotify and Beats charge.

In an interview with VentureBeat back in November, Tidal CEO Andy Chen said there are enough people willing to spend a little bit more for better sound. Particularly when you consider millions are willing to dig deep to buy top-notch speakers and headphones. Indeed, what’s the point of having good hardware if the quality of the sound lets you down?

It’s also worth noting that this deal isn’t just about the U.S. market. While Beats is only available in the U.S. at the moment, Tidal is in the U.K. too, and its sister brand, WiMP, has a head start in Scandinavia and elsewhere in Europe.

2015 is shaping up to be an interesting year in the music-streaming realm for sure.