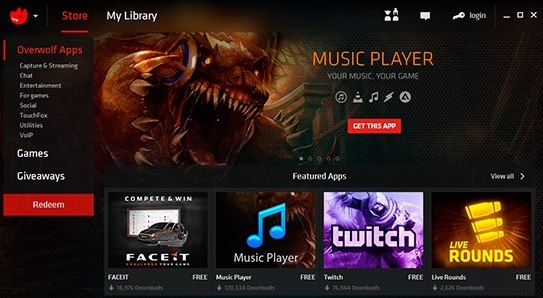 Overwolf is announcing a contest to see who can create the best apps for the Twitch gameplay livestreaming platform.

Tel Aviv-based Overwolf makes software for creating rich overlay apps for PC games, and it can be used to make apps such as Twitch more useful to gamers. With its Twitch App Development Challenge, it will ask developers to create advanced apps that can be placed in its appstore and be downloaded by gamers playing their favorite PC games.

The contest includes $25,000 in prizes from sponsor Wickr. Overwolf’s appstore is used by more than 9 million gamers already. The Overwolf client allows players to communicate, easily share game experiences with friends and get instant access to web resources from within the game. It also allows developers to create overlay apps for their favorite games and publish them on the Overwolf Appstore. For game publishers, Overwolf is a tool to integrate social media within their games and reduce user acquisition costs.

The Overwolf platform provides a wide range of overlay apps, including Twitch streaming and Video Capture, Skype, TeamSpeak, various chat services, an in-game browser and more. For this contest, Overwolf is focusing on the livestreaming audience, to further enhance the Twitch experience for broadcasters and viewers alike.

“After the success of the TeamSpeak and Guild Wars 2 app contests, we decided that livestreaming could use some great overlay apps,” said Uri Marchand, CEO at Overwolf, in a statement. “We invite developers worldwide to create entertaining and engaging content. Be it interactive polls and giveaway apps, or even new gaming experiences, a-la TwitchPlays, we expect great content to be created.”

“The broadcasting community on Twitch is a very creative group with a desire to make their channels as engaging and original as possible,” said Brooke Van Dusen, director of business development, Twitch, in a statement. “Overwolf’s overlay apps provide an opportunity to take the interactive experience of Twitch in new directions, so it will be interesting to see what kind of ideas emerge from the Twitch App Challenge.”

Twitch has more than 100 million monthly visitors and 1.5 million broadcasters. Overwolf’s client allows users and game publishers to add layers of functions to any game without touching a line of the game’s code.