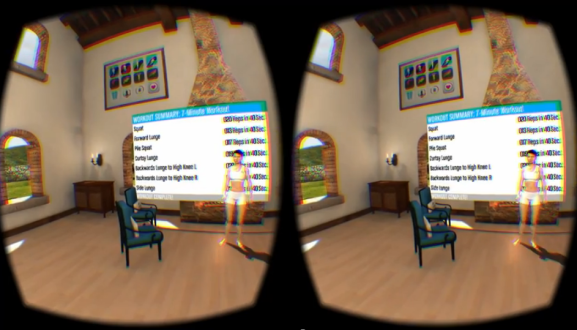 It seems everyone’s got an accelerator these days. You’ve got the blue-chip models, like Y Combinator, and the big-money backed efforts, like Disney’s. Now, the initial batch of companies in what could be the first virtual reality accelerator have been announced.

With virtual reality systems like Oculus Rift as well as Microsoft’s new HoloLens, and Magic Leap getting so much attention these days, developers are swarming to the new technology. And now, some of them are getting the kind of early-stage help that could, they hope, make them successful.

With projects such as a system that creates 360-degree VR imagery, a headset that uses eye-tracking to build immersive experiences, and an embedded-in-VR journalism project, the 13 startups were the first group that Rothenberg Ventures’ River selected for its accelerator.

According to Mike Rothenberg, the CEO and founder of Rothenberg Ventures, each company in the accelerator got $100,000 as well as office space and regular advice and help from a team of expert mentors that includes Philip Rosedale, the founder of Linden Lab and High Fidelity; Third Eye founder Tony Parisi; Matterport founder Matt Bell; and AltspaceVR founder Eric Romo, among others. The River program runs for three months starting in February, and each company demonstrate their projects in April at San Francisco’s AT&T Park, the home of the San Francisco Giants baseball team.

“We selected the teams based on the same criteria we invest in as venture investors,” Rothenberg told VentureBeat, an “amazing founding team, opportunity magnitude, business viability, and quality of [their] product [or] service.”

In explaining why he wanted to start a VR accelerator, Rothenberg added that, “Just as the Internet was nascent 20 years ago but now is ubiquitous, virtual reality technology will transform every industry over the next decade or two.”

The 13 startups come from all over the world, including San Francisco, Japan, Spain, and France.