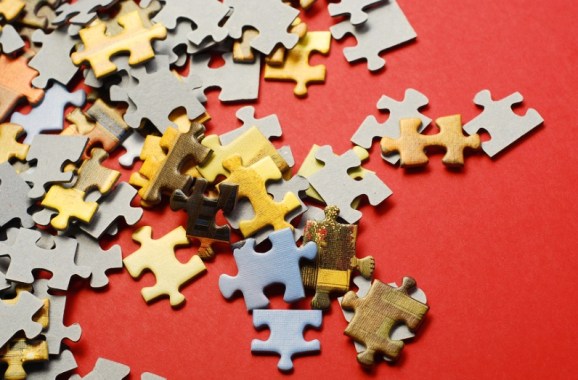 I did not attend the annual Consumer Electronics Show two weeks ago, but I eagerly read about the prototypes for new consumer gadgets and services that debuted there. From all accounts, the Internet of Things was a major theme of the show. Yet, to my dismay, the coverage I saw coming out of the event was decidedly ambivalent, even dismissive, when it came to the potential of the Internet of Things.

How can this be? The Internet of Things (IoT) has been heralded far and wide as the next great revolution in technology. Gartner is predicting that the Internet of Things will include 26 billion connected devices by 2020, and Cisco forecasts $19 trillion in economic value over the next decade. Yet when top tech companies put their most exciting ideas for IoT devices in front of the savviest tech writers and consumers, the reaction is lukewarm.

Many examples I came across about were admittedly underwhelming. I keep reading that a smart fridge will tell me when I’m out of milk. One widely cited product was a $99 connected toothbrush. Other favorite examples included smart coffee pots, plant waterers, and even a belt. The verdicts on these products ranged from skeptical to dismissive, to nearly angry.

Before we write off IoT, let’s remember how many successful technology trends have produced some … interesting concepts. In the late ’90s, portable technology was all the buzz. And before the iPod brought together the technology, product, services, and price point in a way that consumers loved, there were products like the MiniDisc, the Universal Media Disc, or (best example from my staff) Clip Hits. Let’s not also forget that the early days of the mobile revolution produced some remarkably bad phones. The 3D craze made it into televisions, and at one point someone thought Bluetooth sunglasses were a good idea.

In each case, these manufacturers tried to capitalize on a trend rather than address a legitimate market need with an appropriate product. And this brings us to an interesting question about IoT devices: Can they address real consumer markets at appropriate price points?

I believe they can, and are already doing so. A Nest thermostat, while expensive, can provide dramatic energy savings. The wearable market, still in its infancy, is exploding in value. And some consumer devices, such as cars, already deploy a sophisticated network of data-gathering sensors and smart technology (Tesla has been going one step further, in fact, connecting systems in its cars to central computers that can help to analyze and optimize performance).

If connecting everyday products to the Internet seems like a passing fad, think about the markets for luxury items. For example, manufactures of tennis equipment have started introducing smart rackets that can analyze a user’s swing and gameplay and offer data to help them improve (and professional players are quickly adopting them). The potential markets for intelligent golf and ski equipment alone seem enormous to me.

Sure, some may say, these niche markets may exist, but does that really make IoT the next great revolution in technology? Are smart golf clubs and tennis rackets the best we can expect from this massively hyped trend?

The answer is a resounding “no” and it brings us to the real point: At the moment, CES is not the best place to showcase the emergence of IoT. It’s a consumer show, and the consumer market is merely one segment of IoT. Moreover, it happens to be a segment where many manufacturers are currently capitalizing on a trend rather than addressing a legitimate market need.

In other segments, like heavy industry, agriculture, health care, and public infrastructure, IoT is not an overpriced prototype at a trade show; it is an exploding industry, and it’s completely changing the game. If you want to feel inspired by the next great movement in technology, I’d look at these developments instead. The city of Boston, for example, is experimenting with connecting public spaces and infrastructure. By gathering data from ordinary utilities like trash cans and parking meters, the city is expecting to save tens of thousands of dollars and eliminate the hated search for parking spots. An IoT accelerator that just opened in Seoul will research ways to conserve energy and reduce traffic in a dense urban environment by collecting data from thousands of distributed sensors.

The agriculture industry is undergoing a powerful transformation thanks to IoT technologies. Farmers can now monitor soil conditions and crop growth, or livestock health, across thousands of acres of land, all in real time (this video shows some really exciting developments, and my favorite example is this connected eel farm).

Likewise with heavy industry: The ability to gather data from a distributed network of sensors can dramatically improve efficiency and prevent failures in factories and workshops. Anyone doubting the impact of IoT should look at recent transformations in the oil and mining industries, to name a couple.

Most exciting of all may be the emergence of the so-called “Internet of Bodies.” Today, we think of wearables as consumer devices — smart watches, fitness trackers, etc. However, the potential for data-gathering devices in medical applications is simply tremendous. The impact of IoT systems, deployed in point-of-care facilities, could reduce the overall cost of healthcare services by several magnitudes. As we design smaller, smarter, more affordable sensors with longer battery life, we open the door to analyzing and tracking crucial health indicators, even away from the doctor’s office. Take, for example, a tiny ingestible sensor that can tell caregivers whether a patient has taken their medication and can track key biometric stats. Or a device that could someday replace the finger-stick as a way for diabetics to monitor glucose levels. These are early products in this segment of IoT, but they demonstrate the potential for gathering huge amounts of biometric data using connected sensors — data that will help keep us safe and healthy.

So I think it’s fine to question the usefulness of some prototypes in the consumer IoT space. Ultimately, we’ll have to decide which products improve our lives at an affordable price, and which are simply trendy. But let’s not give up on IoT because of a few silly ideas. The amazing potential to collect and analyze data from all corners of our world is just getting started.