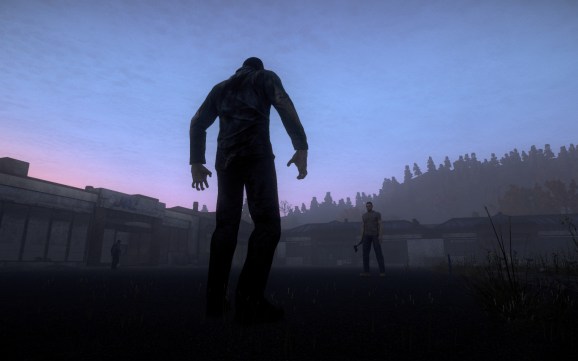 Earlier today, investment company Columbus Nova closed a deal to acquire massively multiplayer online developer Sony Online Entertainment. This is the firm’s first move into gaming — although it has a history of working with technology companies.

Columbus Nova’s website notes that it manages over $15 billion of assets. The company says it takes a “long-term view” on investing, and the company plans to apply that philosophy to its new game developer as well. Daybreak, which is the new name for Sony Online Entertainment, has several active MMOs including EverQuest, PlanetSide 2, and DC Universe Online, and it plans to keep it that way.

Daybreak and Columbus Nova have no plans to end any active games at this time, a spokesperson for the new company told GamesBeat.

Additionally, Daybreak’s popular H1Z1 zombie-survival game is still in development as part of its Early Access release. EverQuest Next and Landmark are also still under development. If you were a fan of SOE games, that’s what Daybreak plans on continuing to deliver.

“I imagine Columbus Nova will look to expand revenues on consoles, PC, mobile, and tablet and then decide what to do with Daybreak,” Wedbush Securities analyst Michael Pachter told GamesBeat. “They typically buy these businesses for cash flow, and it’s likely that they paid five-times current cash flow and will try to double that cash flow.”

One thing will change. Daybreak is already thinking about making games for Microsoft platforms, which was not possible before as Sony kept the games off the PlayStation competitor’s hardware. And that could tie into Pachter’s point about cashflow.

While Columbus Nova doesn’t have a history with games, its leadership does. Senior partner Jason Epstein oversaw the deal that helped Rock Band developer Harmonix purchase itself back from multimedia conglomerate Viacom. Epstein was a part of the Daybreak deal as well.

Other Columbus Nova investments include music-streaming service Rhapsody, medicine-technology company Bina, and data-analytics platform Zoomdata. Last year, Columbus Nova exited one of its investments when it sold its stake in business-app maker Tomfoolery as part of a $16 million Yahoo acquisition.

It’s likely that Daybreak’s split from Sony will end up as the best thing that could happen for the publisher. Sony lost more than $1.25 billion during its last fiscal year, and it is cutting away anything that it doesn’t see as a long-term profit-making venture. The conglomerate has also sold off its Vaio computer business and limited its Sony Ericsson division.

And acting as the first game investment of Columbus Nova may give Daybreak the freedom it needs to expand without having to worry about a struggling parent company.