LONDON — On the strength of the hit game Samurai Siege, John Earner has built a studio that has risen from the mass of indies to become one of the serious players in mobile gaming.

Earner was one of the people behind the success of Playfish, the social game company that Electronic Arts bought for $400 million in 2009. He worked on games such as Pet Society, Restaurant City, and The Sims Social. Then he took off to start his own company, Space Ape Games, in London with cofounders Toby Moore and Simon Hade.

Space Ape’s first game, a sports app, was a dud. But its second effort, a strategy game called Samurai Siege, grossed more than $20 million in just over a year, and it has been downloaded more than 20 million times. In mobile, that qualifies as a solid hit — a significant win when you consider the thousands of games available on phones and tablets. And this has helped the company grow to more than 70 employees working on multiple projects.

Now Space Ape is getting ready to launch Rival Kingdoms: Age of Ruin, a new real-time strategy game with a big backstory, multiplayer combat, and collaborative guilds. Its story comes from award-winning game writer Rhianna Pratchett (Heavenly Sword, Mirror’s Edge). Your job is to join the Guardian army and defend the planet Estara from the forces of Ruin.

I met with Earner at a coffee shop in London in the middle of the city’s hub for game and tech companies. We talked about Space Ape’s history, the new game Rival Kingdoms, the growth of mobile games and the development effort behind each title, and London’s gaming scene. 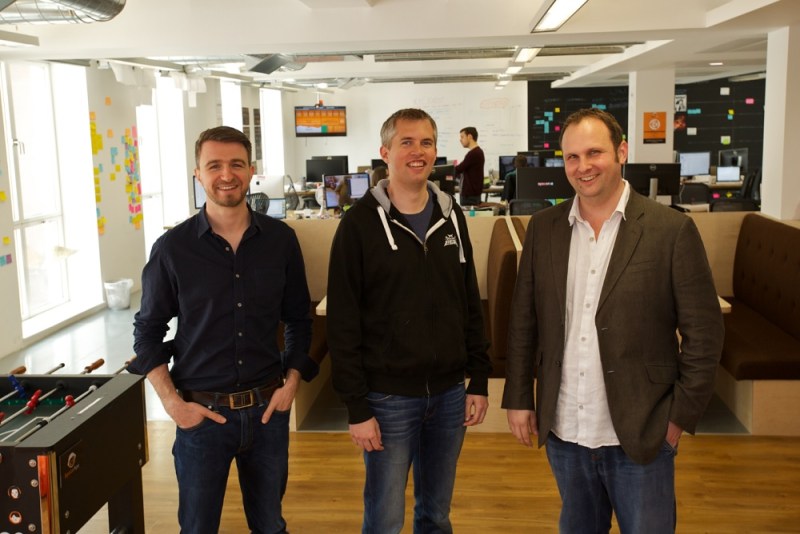 John Earner: We’re two-and-a-half years old. We were started in London by myself, a friend of mine from Playfish, and the CTO of Mind Candy. The history is one of trying to do Playfish again and do it better. About a third of Space Ape is from Playfish. We were sitting at EA in January 2012, I believe.

I felt like I’d learned a lot about how to make a good game and run a good game team. My destiny was supposed to be to do my two-year tour of duty in London and then come back to San Francisco and start a game company. But about two years ago, that opportunity arose, and I realized that the best talent that I know of is here. I know great artists, great developers, product managers. Furthermore, it’s a much better climate in Europe for starting a game company, in my opinion, than in San Francisco.

It’s a team sport, right? In the startup world, you disrupt this industry and that industry, but you don’t get deep expertise in one skill area. In gaming, you make a game then another and another for 20 years. When the typical tenure of a software engineer in San Francisco is 15 months, it’s going to be hard to keep a team together. In London I can pull together some of the best people in town, and we’ll all stay together for five or 10 years.

GamesBeat: What funding did you have?

Earner: We raised a couple million dollars from folks like Accel, Initial Capital, and Connect Ventures. When we got started, we didn’t have a vision, other than small, great teams make the best products. Fast forward a year through some creatively risky undertakings like a sports game that didn’t work out, we realized we had made a mistake with our first game, and that was we hadn’t made something we were passionate about.

We refocused our efforts in January 2013 on midcore. It’s something we love to play ourselves, and also there’s a massive appetite for it in mobile. What we mean by mid-core is making games for gamers, but turning around the proposition from console and online. What League of Legends says is, “I want three hours of your time. Put all your other commitments aside.” It’s an increasingly hard proposition. We have busy jobs and families and so many other things. As a generation, we’re adults now, but our gaming origins come from our childhood.

Midcore games do this: “Tell me how much time you have. If you have two minutes, I’ll give you a game loop. If you have 10, I’ll give you a game. If you have five hours to binge, I’ll give you something to do.” That’s where so many mid-core companies fall over. They don’t satisfy that weekend urge to play a lot. We’re focused on that user. They tend to look like you or me. They have a lot of things that fragment their life, but they’re looking for core gaming experiences. We believe mobile gaming is trending core, but it’s not trending away from accessibility. 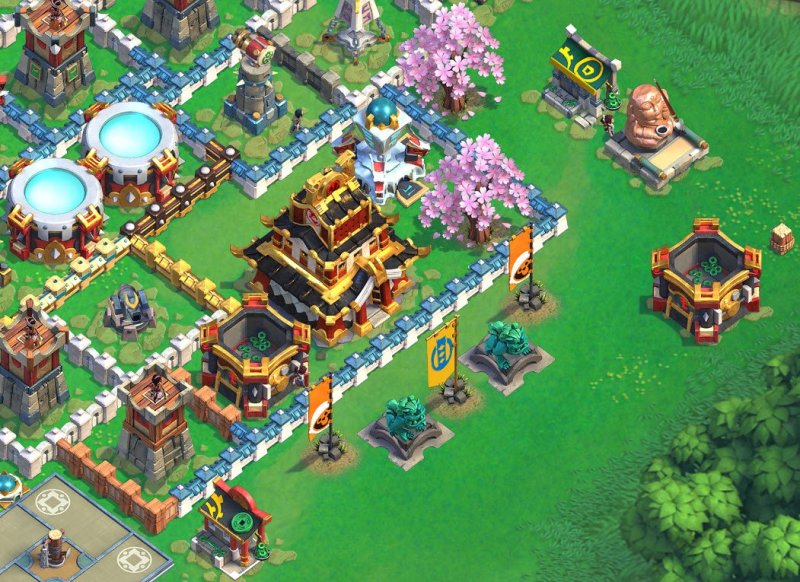 GamesBeat: Tell us about your games.

Earner: We made Samurai Siege very quickly. Six months, two months in beta, put it live in October. It’s a lot like Clash of Clans. Everyone can tell that. We thought at the time of three things that are different or better. It adds clan warfare. It improves the single-player experience to be more like the campaign in StarCraft. Last, it was built in Unity so we could put it on different platforms quickly.

What we ultimately did, though, is we made the game quickly. We weren’t being super innovative. The game did really well for us. It’s a $20 million per year business today, featured by Apple and Google. It has 1.5 million monthly users. For what was then a year-old company on their second game, it’s wonderful. But as compared to the market share of the top three games on the charts today, it’s one or two percent of where they’re at. You can be pessimistic and say it’s tiny or optimistic and say we have a lot of room to grow.

GamesBeat: And the next game?

Earner: 20 are working on a game that went into beta in Canada last week, Rival Kingdoms. We just kicked off a third game I can’t tell you much about two weeks ago. Give me four months and I’ll share more.

Rival Kingdoms is designed to be the best in the genre, whereas Samurai Siege was designed to be the fastest in the genre. It’s still a realtime strategy game. The build and battle core loop is very familiar. What we’ve done compared to the rest of the market is make it a very core game in that experience. This is based partially on our own feelings as players, but a lot more on research. We feel that what’s missing in RTS is something that’s more adult.

The reaction a lot of people give to Samurai Siege and games like it, when they first pick it up, is a little bit of a guilty-pleasure kind of thing. The art is childish. The gameplay is simplistic. That’s been effective, but we think Supercell has that market locked up. On the core side of realtime strategy — something more casual than Game of War or Kingdoms of Camelot, but still realtime battle – we feel there’s an opportunity to make a game that’s more adult, that has complex kingdom features, that has a theme more in keeping with the things you see on TV targeting adults.

That’s Rival Kingdoms. We put 13 months into it, more than twice the time we spent on Samurai Siege. More than four times the story points. It’s an outstanding game. We’re in beta right now and the stats are awesome. It’s higher on every stat than Samurai Siege, and in key areas like revenue and conversion to spender, it’s anywhere from four to 10 times as high. We’ll put that game live when it’s ready, but we think that’s coming soon. We’re excited about it. We think that’ll take us to the next level.