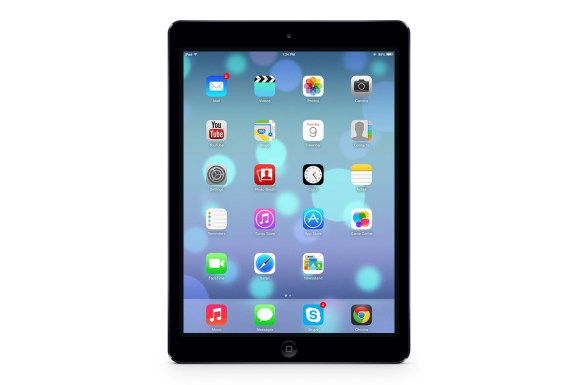 Tablets shipments have declined year over year for the first time.

In the fourth quarter of 2014, 76.1 million tablets shipped worldwide, according to the International Data Corporation’s worldwide quarterly tablet tracker. Even though tablet shipments were down this quarter, they were up 4.4 percent in all of 2014 compared to 2013. A total of 229.6 million units shipped last year.

The study notes that Apple still leads the pack, holding onto more than a quarter of the global market share. The company shipped 21.4 million tablets in the fourth quarter. Meanwhile, Samsung shipped 11 million units. Although the company’s shipments were down for the quarter, Samsung’s shipments in 2014 grew one percent. Apple, on the other hand, experienced a 14.6 percent drop in shipments from 2013 to 2014.

IDC says this may be due to Apple’s recent roll out of the iPhone 6 and 6 Plus, which may be cannibalizing iPad sales.

In fact, all almost all of the top five tablet vendors lost market share, except for Lenovo, which saw a slight uptick of 0.5 percent from the same time last year. Lenovo also saw nine percent growth in shipments year over year, from 3.4 million in Q4 2013 to 3.7 million in Q4 2014.

But of all the tablet manufacturers, Amazon declined the most. The company sold 70 percent less of its tablets during the holiday season than it did last year, despite rolling out new and refreshed products in September.

Despite a fairly dismal fourth quarter for tablet makers, the year overall showed areas of growth. Over the course of 2014, Lenovo sold 11.2 million tablet and saw 43.5 percent growth year over year. The only other company to show any growth in tablet shipments was Samsung, which grew 1 percent year over year.

Tablet shipments for Apple, however, declined 14.6 percent in 2014, likely due to smaller players eating away its market share. “Although Apple expanded its iPad lineup by keeping around older models and offering a lower entry price point of $249, it still wasn’t enough to spur iPad sales, given the excitement around the launch of the new iPhones,” said Jitesh Ubrani, senior research analyst with IDC.

Despite this lackluster quarter, IDC maintains that the tablet market will grow in 2015, said Jean Philippe Bouchard, research director of tablets at IDC. “Microsoft’s new OS, a general shift towards larger screen form factor and productivity focused solutions, and technology innovations such as gesture interface that could be introduced in tablets will help the market maintain positive growth in 2015.”