The Federal Communications Commission will later this week propose a plan to regulate the Internet in the way it might regulate a public utility.

Today the Internet is regulated as an “information service” under Title I in the Communications Law.

Reclassifying broadband as under Title II — a section of the Communications Act of 1934 that provides rules for “common carriers” — would give the FCC far broader powers to make sure Internet Service Providers (ISPs) don’t sell faster Internet service to well-monied bidders at the expense of smaller Internet companies.

Such a reclassification would be a major policy shift and would surely ignite a new round of political and legal battles on the issue.

“If true, this is excellent news and a vital step in the right direction,” Stanford law professor Barbara van Schewick in a blog post today. “… This is the only way to adopt meaningful network neutrality rules that will be upheld in court.”

Many Republicans, and the vast majority of big ISPs, like Verizon, AT&T, and Comcast, have said they oppose the move, saying that it will stifle investment and innovation in the space. AT&T went so far as to make a public statement that it would cut back on investment to its wireless network if the Internet were reclassified under Title II.

But FCC Chairman Tom Wheeler, the Times’ sources say, will use a light touch when regulating ISPs as Title II entities. For instance, he will not have the commission get involved in price regulation.

The Times report also says that Wheeler will regulate wireless Internet under Title II. and that he may propose a different and specialized regulatory approach for companies that manage the backbone of the Internet.

Wheeler is expected to present the other commissioners with the final draft of his plan on Thursday. The details of the plan will not be released, but will almost certainly leak out, the Times report states. 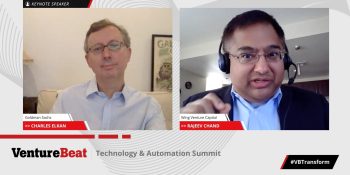