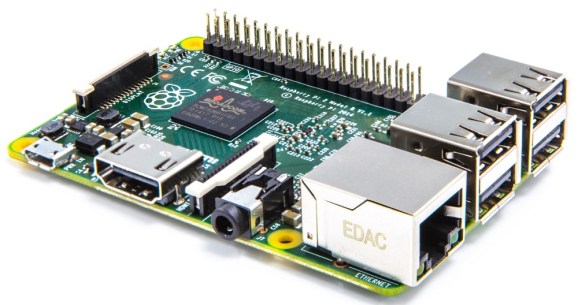 On the same day the Raspberry Pi Foundation unveiled the second incarnation of its mini computer for hardware hobbyists, Microsoft has now revealed that Windows will support the Raspberry Pi 2 for the first time.

Windows 10, the new version of Microsoft’s omnipresent operating system, is expected to launch this summer, and is designed to work across mobile and desktop. But more than that, it’s being pitched at tablets, Xbox, hybrids, and the fast-emerging Internet of Things (IoT).

In other words, Microsoft is looking to ensure its famous software remains relevant in the fast-moving, multi-platform age of ubiquitous computing.

Raspberry Pi has come a long way since the device launched out of the U.K. in 2012. It was designed as an easy entry point for young programmers, as well as an affordable means of “hacking” cool new technologies in emerging markets.

The new $35 Raspberry Pi device announced today will have six times the processing power of the original and twice the amount of main memory — so it’s emerging as a more powerful, capable machine that can do almost all the things a normal PC can, such as word processing and web surfing, among other things.

So far, Raspberry Pi has supported a handful of operating systems, including Linux, but now thanks to its upgraded ARMv7 processor, it can support Windows too. And this massively widens the appeal of the credit card-sized contraption.

Microsoft has been adopting a more open approach in recent times, and recently revealed it was to open-source its .NET software framework and release it on GitHub, with plans to target Mac OS X and Linux.

With this latest move, Microsoft is continuing with that “open” mindset by targeting the creative communities, more specifically those working in the IoT realm.

“We see the Maker community as an amazing source of innovation for smart, connected devices that represent the very foundation of the next wave of computing, and we’re excited to be a part of this community,” explained Kevin Dallas, general manager of Microsoft’s Windows IoT Group.

Indeed, Microsoft said that Windows 10 will be completely free for its so-called “Maker” community through its Windows Developer Program for IoT, an initiative that started rolling out in July 2014.

By making the upcoming Windows available for absolutely nothing, it’s going some way towards not only ensuring Windows remains relevant, but also that hackers, tinkerers, and creatives are able to work with a system that’s familiar to millions.

The Raspberry Pi 2 is available now, with Windows 10 to follow in the coming months.