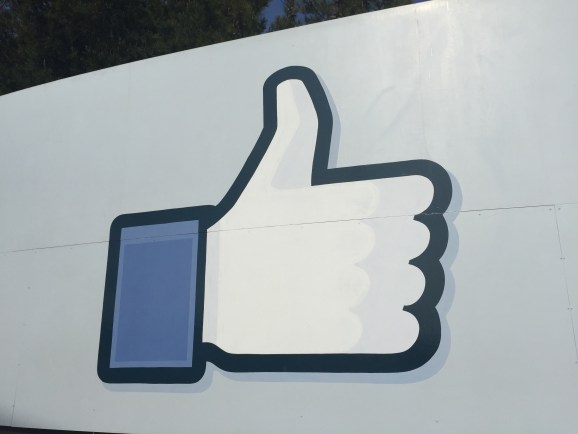 We all know Facebook is huge, and drives incredible amounts of traffic. But thanks to its recent efforts to uncloak the sources of content with no known referrer, we now know that the numbers are bigger than anyone believed.

According to a report issued today by Bitly, the world’s leading link shortener, Facebook has largely solved the problem of so-called “dark social” links — those that have no referrer data and can’t be measured by web analytics tools — and as a result, the social network’s influence skyrocketed during the fourth quarter.

In the report, Bitly wrote that Facebook’s influence jumped 8.6 percent during the fourth quarter overall and 30.2 percent on mobile. That doesn’t mean Facebook’s influence actually grew that much — it means that clicks formerly attributed to “dark social” are now being correctly counted as Facebook’s clicks. Given that Facebook’s major push in recent quarters has been to expand its reach on mobile and give its marketing partners more ways to monetize their content, this is solid evidence that strategy is working.

Bitly’s in a position to know of what it speaks. The company shortens 600 million links a month that generate 8 billion clicks from a billion users worldwide. In an earlier report, Bitly said that looking back at three previous versions of Facebook’s iOS app, 12 percent of all traffic coming through the app had had no known referrer.

“Once we realized this, we began working with Facebook directly to understand the cause of the problem,” Bitly wrote last month. “Once identifying the problem, Facebook proactively took measures to address these discrepancies. … Since rolling out the [latest iOS app] update, the number of iOS requests without referrer data has dropped significantly.”

How significantly? In its earlier report, Bitly said that the number had dropped from 12 percent to as low as 0.2 percent. Similar work by Facebook to slash dark social links tied to its Android app have reduced links without referral data from 77 percent to 25 percent in recent months, Bitly said.

But those radical drops in dark social links are reflected in Bitly’s latest data showing the strength of Facebook’s overall influence — and that its users are quickly moving from the desktop to mobile. While its influence on mobile exploded 30.2 percent, links coming from the Facebook on the desktop were down 19.8 percent in the fourth quarter.

Others have noticed similar drops in dark social links. Last month, Chartbeat, a service that measures web sites’ traffic, noted a substantial drop in links with no referrers, especially on mobile.

Last week, Facebook reported its fourth quarter earnings, and said that of its 1.39 billion monthly active users, 1.19 billion used the company’s mobile tools, up 26 percent from the same time a year ago. “Their focus has been on driving their audience from desktop to mobile,” Josephson said, “and they’ve done it really successfully.”