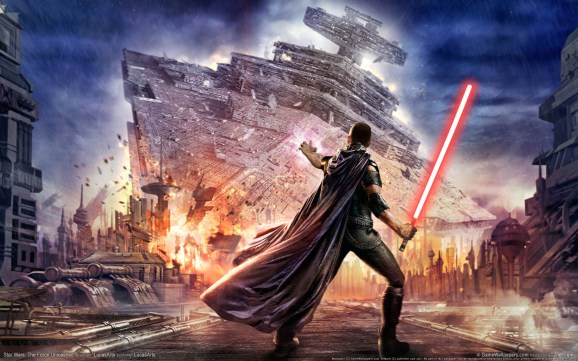 Star Wars: The Force Unleashed is one of the games in the bundle.

If you’re running low on funds because you owe a YT-1300-load of credits to an interstellar crime family, Disney, Lucasfilm, and Humble Bundle wanna help you out.

The Star Wars Humble Bundle is live now featuring a plethora of games set in a galaxy far, far away. This pay-what-you-want collection of games includes a number of classics based on George Lucas’s space opera, and you can select how your money is split up between the publisher, Humble Bundle, and the selected charity. For this deal, Humble Bundle is working with the U.S. Fund for UNICEF as part of the Star Wars: Force for Change initiative.

Disney Interactive business development boss explained that working with Humble Bundle provided the company an easy way to introduce fans to the Star Wars gaming back catalog while also giving money to charity.

Pay more than the average

This deal runs from today through Feb. 17.