Check out one fan’s story of how The Sims changed his life.

Lyndsay Pearson is the perfect person to chat with about today’s 15th anniversary of The Sims. The senior producer started working on the game 12 years ago, but she had an illustrious start with the series even before that.

“I came to it as a fan,” she said. “My first experience was the very very first Sims — I played at a friend’s house. [My Sim] tried to make himself breakfast and immediately set himself on fire and died.”

There’s something about that godlike influence you exert over The Sims’ tiny people that keeps gamers coming back year after year. To celebrate the 15th anniversary today, Electronic Arts and Maxis are releasing anniversary content in game: genealogy, allowing you to trace the ancestry of your Sims for generations before (and after) their creation.

The companies are also announcing a new expansion pack today: The Sims 4 Get to Work, due out in April. It’ll add active, on-screen careers and the ability to control your Sim at work as a doctor, detective, scientist, retail business owner, and the like. 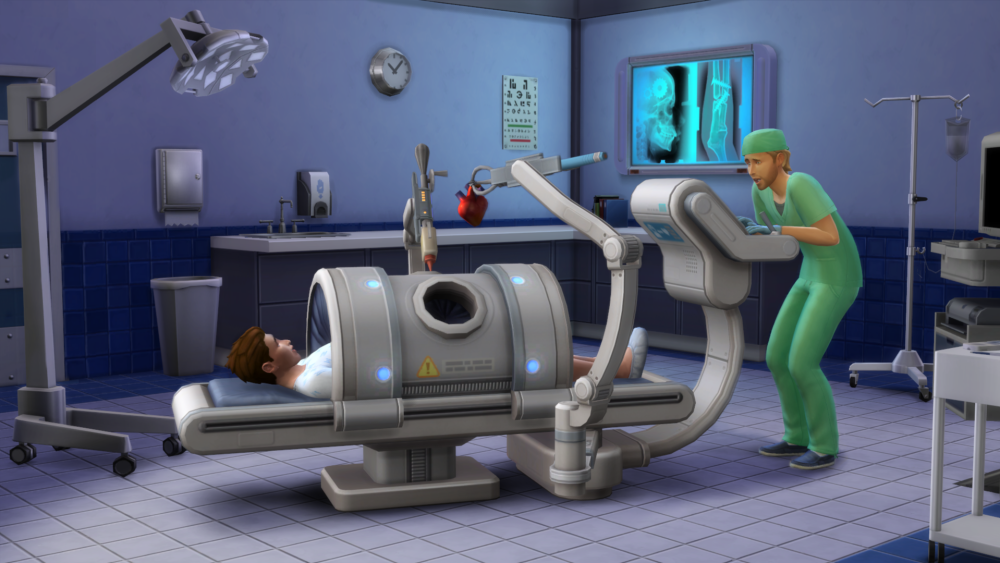 Above: If things don’t go well for that patient, I’m going to suspect Pearson was involved somehow. (Just kidding. But no, really.)

Pearson joins The Sims team and keeps on killing

Despite her stellar start with the PC life-simulation game, Pearson didn’t see a future for herself in The Sims or the gaming industry until she attended a game developers conference a couple of years later.

“I was at art school. I really wanted to make movies,” she said. “I had never considered video games as an industry. I thought they magically appeared, somewhere. It really opened my eyes. They’re like movies, but you control them.”

So a friend who worked at Electronic Arts got her in the door as a QA tester, and once there, she volunteered for the Sims team. Fortunately, her prior experience in Sim assassination was about to come in handy.

“Testing the Sims is totally not the same thing as playing it for real,” she said. One week, she was assigned to test puppies and kittens — which included killing all of them. She laughs about it now. “It was terrible – noooo!”

Still, she was thrilled to be working on the game she had always liked to play.

“It was really cool to come in and see behind that curtain. I loved it,” she said. “I really, really loved being part of that team. This is just not the same as everything else. I loved that I could talk to my family about it, even though they’d never played it before. 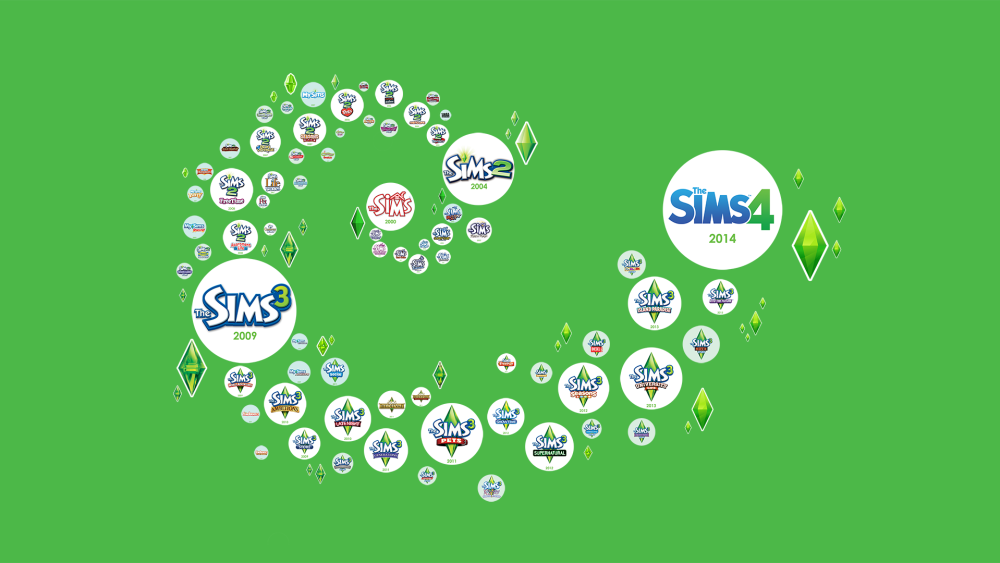 Above: A timeline of The Sims releases, including its many, many, many expansion packs.

I asked Pearson to run down the major milestones in The Sims — the best of what each chapter had to offer.

Your Sim has its own thoughts, its own wishes, its own life, she explained. That’s what captured her attention.

“You exist as this force, benevolent or not, to guide them on their way. You can do whatever you want.” 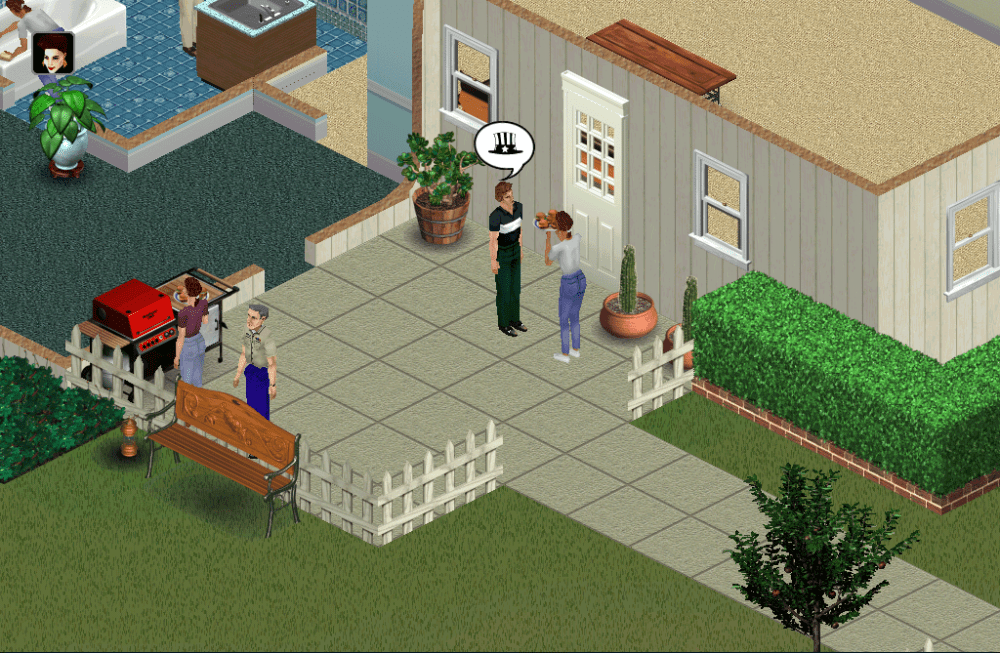 The Sims started as an architecture game, she said, but quickly started becoming about the little people they built to populate the houses people built.

“They’re not going to like that cheap bed that you bought them. You’re going to need to keep them busy and bring them friends. [In the original Sims] it’s quite hard to keep your Sims alive.”

Sure, Pearson. We believe you. 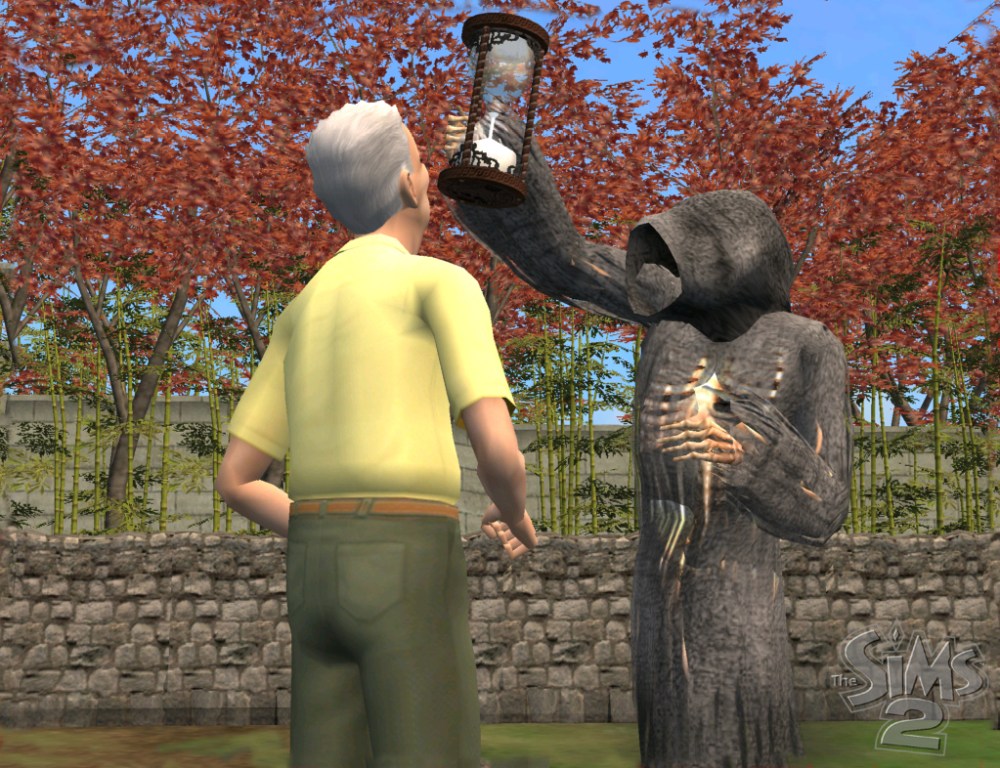 Above: The Sims 2 was when things started getting goofy. Gramps, meet the Grim Reaper.

The second full chapter of the game is when things started getting goofy, she said, and time pressure became real. Suddenly there were kooky content spaces, 3D pieces of art to play with, really big objects, and extreme goofy things.