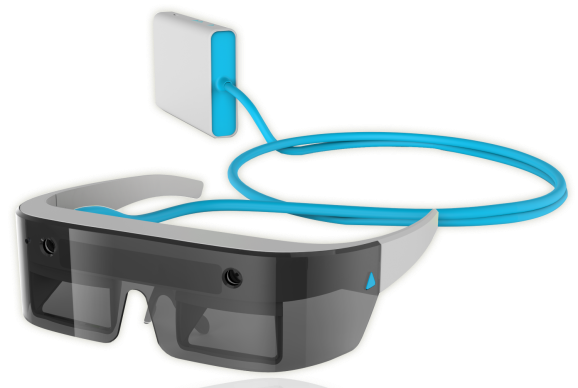 One such company is Mountain View, Calif.-based Atheer, which is hoping that developers will build its gesture interface into products for health care, energy, and warehousing industries, among others. Atheer makes a virtual reality user interface called AiR — Augmented interactive Reality. The software development kit, which is seeing its second version release today, sits on top of Android and enables developers to incorporate motion gestures into their software. AiR requires a pair of smart glasses that can detect the movements of the user’s hands. It zeroes in on the user’s fingertips so that the user can interact with an application by pointing, swiping, etc.

The company manufactures its own branded smart glasses, which “make it possible for users to interact with data in a natural way and collaborate with their peers like never before,” Atheer says. A surgeon, for example, might wear the headgear and move her hands to view various vital signs or share other point-of-care decision support data with others — all while keeping her eyes on, and hands near, the patient.

The latest SDK contains some refinements to the gesturing capabilities. Atheer is also expanding the number of pilot programs it is running in various industries to fine-tune the product.

Today the Atheer technology runs on a small Wi-Fi-connected device that connects to the smart glasses. But later on, hardware makers can build the Atheer software layer into their own hardware. The Atheer software might someday even be powered by a consumer smartphone.