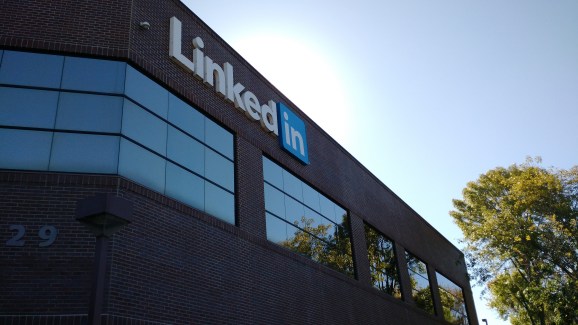 LinkedIn revealed the new metric today in its earnings statement for the fourth quarter of 2014. At the end of the third quarter of 2014, LinkedIn had 332 million members. (See the third slide in the investor presentation below for a chart of member growth.)

The company took a $15.3 million loss on $2.2 billion in revenue for the entire year.

But hey, LinkedIn’s quarterly revenue has never been as high as it was in the fourth quarter of 2014. So it has that to celebrate.

Sure enough, LinkedIn stock was up more than 6 percent, above $252 per share, after the markets closed.

The quarter wasn’t a huge one for LinkedIn, news-wise.

Among other things, LinkedIn pulled from its data storehouse to determine which colleges produce the most employees for major firms across several industries. Also, LinkedIn announced the LinkedIn Economic Graph Challenge, in which researchers send in proposals to analyze LinkedIn’s vast pool of data on companies, geographies, education, and other characteristics of people’s work lives. And startup Confluent announced last quarter that it had received LinkedIn’s first-ever venture capital investment.