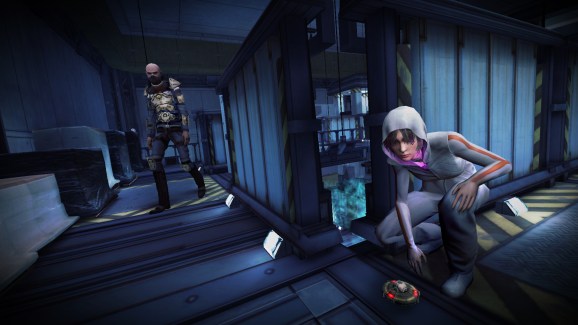 République from Camouflaj running on an iOS device.

Update: This article originally stated that République is part of the cloud-gaming service Shinra. That’s not correct, and I apologize for the error.

An episodic mobile game is making the leap to PC this month.

Developer Camouflaj confirmed that it is planning to release its voyeuristic adventure game République on PC on Feb. 26. République Remastered will debut on Steam, GOG, and other digital-distribution platforms on PC and Mac for $25. This will get players access to all five episodes, only three of which the studio has released so far. The company will also sell a $35 Deluxe edition, which will also include all five episodes as well as bonuses like the soundtrack and a making-of video documentary.

République first debuted on iOS in 2013. It is a survival game where you guide the hero Hope indirectly by giving her instructions as you watch her through hacked security cameras. In April 2012, Camouflaj launched a crowdfunding campaign on Kickstarter to pay for the development of République on iOS. After the project struggled to reach its $500,000 goal, the studio decided to add a PC and Mac version. It’s iOS release reached as high as 112 on the top-grossing app chart on Apple’s App Store.

So the PC release of République was always a concession to fans, admits creator and Camouflaj founder Ryan Payton. The original idea was completely designed around touchscreen controls. The team specifically built it around easy taps and screen presses, but Payton notes that even those simple controls was asking too much of fans.

Payton and his team didn’t stop with keyboard-and-mouse controls when it came to “remastering” République for PC. The studio has taken the time to upgrade the visuals of the game. While the iOS version runs on the Unity 4 graphics engine, the PC release runs on Unity 5. This makes République look more like a PC release rather than a port of an iPhone game.

Episode 4 of République is due out soon, and the fifth will follow a few months later. That will bring République’s story to an end. Whether it will continue — and whether Camouflaj will keep making games — largely depends on how well PC audiences respond to this release.

Finally, while the company’s last game makes the leap to PC, the developer is already prototyping its next release. Camouflaj recently inked a deal with the New York-based cloud-gaming startup Shinra. That company started an accelerator program that enables studios to test out ideas for cloud gaming. Camouflaj is the first partner working with Shinra in this program.