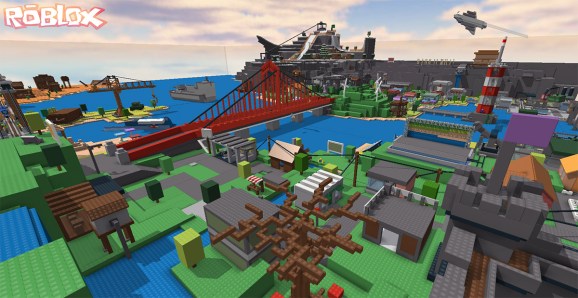 One of the original creations in Roblox.

One of the longest-running and most popular games on the Web is getting an injection of leadership to help it grow over the next 10 years.

Roblox, the company that created and operates a free-to-play online platform for user created-games of the same name, is revealing today that it is bringing in two new officers to oversee the growth of the company’s bottom line. Rick Silvestrini is now Roblox’s chief marketing and revenue officer while Andrew Chmyz will serve as chief financial officer. Most recently, Silvestrini served as vice president of marketing at the educational tech company CreativeLive. Chmyz joins Roblox after acting as CFO at a number of companies including software company SugarCRM.

The company already has a strong core audience. The game, which is really more of a platform featuring a number of different modes, has 4.5 million monthly active players. It also has an army of community creators who are constantly building new and original content. Those builders even earn cash from their creations through revenue sharing. Now, Silvestrini and Chmyz are stepping in to help the company make more money from its audience while simultaneously expanding Roblox’s appeal.

“Roblox reminds me of YouTube around 2006,” Silvestrini told GamesBeat. The new CMO and CRO previously worked at YouTube as its product marketing manager. “There’s a huge, passionate community of creators who are making real money, a large, growing audience, and rapidly rising content quality. The scale is a bit different, but the mechanics are very similar.”

Silvestrini says that he wants to focus on introducing the game to new players. He already has a few things in mind to accomplish that.

“Our infrastructure is solid across desktop, iOS, and Android,” he said. “Games on Roblox are instantly social and multiplayer. We make it so easy for developers to launch a game and reach an audience of millions. The website needs a fresh coat of paint, and we’ve got great people working on that.”

Chmyz knows about the potential of Roblox from first-hand experience. He told GamesBeat that his own kids actually introduced him to the game.

For him, it was an easy decision to jump aboard Roblox — especially after examining how it makes its money. People can spend money to buy in-game currency and items, and video advertisements play before a round starts. But the company doesn’t turn around and spend that money on building its next triple-A release. Instead, it invests in improving its tools that it then turns over to its community to build hundreds of new games.

“As the CFO, I love that Roblox combines the economics of gaming without relying on blockbuster games because of our giant creator community,” said Chmyz

Silvestrini and Chmyz will work under David Baszucki, who will continue as chief executive officer. Since it debuted in 2005, Roblox has slowly expanded into a popular destination for young gamers. It has recently expanded to mobile devices, and Baszucki recently told GamesBeat that the company is considering consoles as well as devices like Amazon Fire TV and Ouya as its next destination.