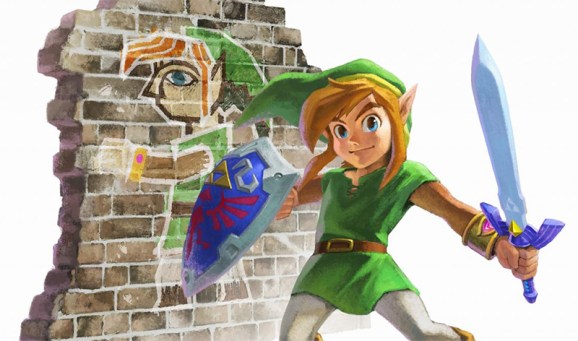 Link from The Legend of Zelda.

Update: Nintendo CEO Iwata has now said this rumor is “not based on correct information.”

Nintendo’s efforts in movies and television maybe didn’t die with Super Mario Bros. after all.

Netflix, the video-streaming service responsible for some of the best original shows available, is potentially working on an adaptation of The Legend of Zelda, according to The Wall Street Journal. The report claims that the Zelda show is in the early stages of development and that a final product would resemble HBO’s Game of Thrones but for a wider audience — which means less nudity and sex.

Netflix and Nintendo both told GamesBeat that they do not comment on rumors.

The Legend of Zelda is a long-running franchise that has around 20 different games that follow the adventures of a boy named Link who must help rescue or aid the escape of the princess Zelda. It has a heavy focus on adventure, discovery, and magic in a fantasy world.

The rumor goes on to suggest that Netflix is working in a close partnership with Nintendo to ensure it gets everything right.

Nintendo has had a distrust of Hollywood ever since the abysmal Super Mario Bros. starring Bob Hoskins and John Leguizamo hit theaters in 1993. That film adaptation bared almost no resemblance to the video game it borrowed its name from. Nintendo was embarrassed by the release and has kept its distance from licensing its properties to other studios since.

Netflix, however, has established itself as a top-tier creator. Its original shows, most notably House of Cards and Orange Is the New Black, have won awards and drawn in huge audiences. The company’s next major original creation is an adaptation of Marvel’s Daredevil comic book. It’s likely that Nintendo, seeking to expand the audience for its titles (and for its revenues), saw a chance to reclaim some mainstream appeal with Netflix.