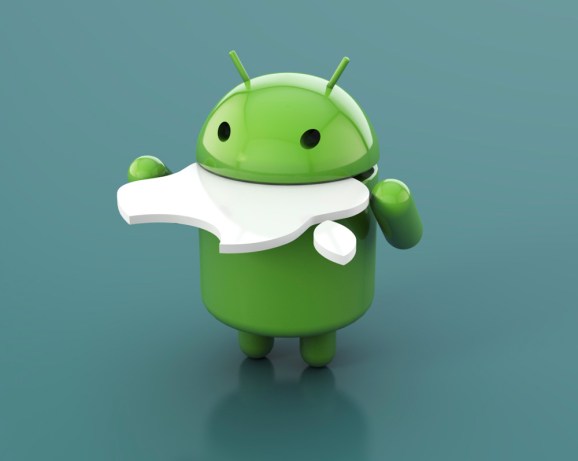 Apple’s dominance as the top smartphone maker in the U.S. continued throughout 2014, though it didn’t grow much share toward the end and finished the year with 41.6 percent of the pie. Samsung managed to gain share faster, and the Korean company hit 29.7 percent in December. Rounding out the top five were LG, Motorola, and HTC.

In the mobile OS wars, Google kept its crown in the U.S. with Android, and Apple held second with iOS. In fact, Google’s mobile platform was the only one to gain share at the end of the year. Rounding out the top five were Microsoft, BlackBerry, and Symbian.

Apple slipped 0.1 points to 41.6 percent, Samsung gained 0.7 points to 29.7, and LG grabbed a solid 1.1 points to take 8.0 percent. The bigger changes will likely come when the January figures arrive, as that’s when the impact of holiday sales will become apparent.

Early estimations already show that the iPhone 6 and iPhone 6 Plus outperformed other smartphones in the U.S., and indeed Apple itself said it set a new iPhone sales record last quarter. We’ll know soon enough by just how much the company managed to boost its share and what impact it had at home on competitors like Samsung.

On the software side, Google ended 2014 very strongly. In December, Android was the undisputed winner once again:

The Android-iOS duopoly in the U.S. continued to climb higher, hitting 94.7 percent market share. In 2015, we’ll see Windows 10 arrive, though it’s way too early to say if that will make a difference. Yet something will have to give.