Update February 10: LG tells us “VR for G3 will be released to consumers from next week in Korea and will be roll out globally select markets. This will be coming to North America and Europe and specific countries will be announced locally. The availability to sell separately or not has not been fixed yet.

Today LG announced the impending launch of its own virtual reality headset, a low-tech device which sits somewhere between Samsung VR and Google’s DIY Cardboard kit. LG calls it “VR for G3.”

As the name implies, LG will bundle its virtual reality headset with its G3 smartphone. The promotion will occur in “select markets” in the coming months. For now, that’s all we know about the release date.

Here’s how the device works, according to LG:

The design of VR for G3 is based on the blueprint for Google Cardboard, available online for home DIY fans. The neodymium ring magnet on the side of the VR for G3 works with the magnetic gyroscope sensor in the G3 to select applications and scroll through menus without touching the display. VR for G3 requires no assembly other than inserting the phone in the viewer.

While announcing the news, LG took a few subtle digs at Samsung’s Gear VR, which retails for $199 (smartphone not included). LG claims that it can “provide users with much sharper image quality for a smoother, more realistic VR experience,” when compared to other options on the market. Snap. 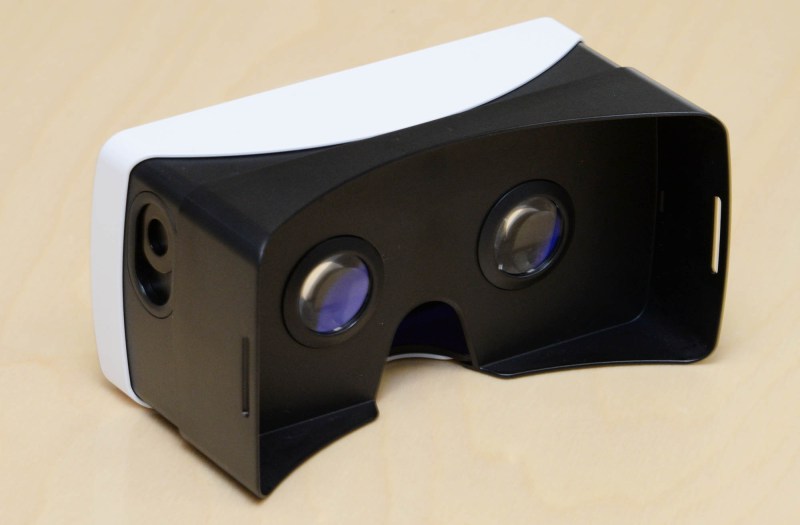