Gamers are not afraid to let you know when they’re unhappy, and publisher 2K is learning that right now. People are slamming the Steam store page for the new 4-on-1 online shooter Evolve with damning reviews as a way of letting others (and 2K) know that they do not like many aspects of the game. The most common complaint is that Evolve has too much day-one downloadable content that players can pay to unlock as well as the premium-priced versions that include extra stuff that many people think should come included with every version of Evolve. We asked 2K to comment on the gamer response, but we’re still waiting on the company’s statement. 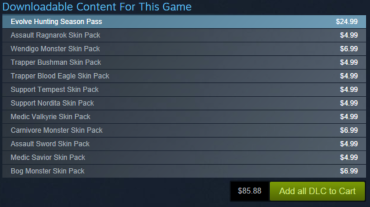 Above: All of Evolve’s DLC.

If you pay the $60 retail price to purchase Evolve, you get it with 12 of the hunter characters (some of which you unlock as you play) and three of the monsters. But you do not get immediate access to four additional hunters and the three monster skins that paying $80 unlocks. Or you could pay $100 to immediately have access to 18 hunters, four monsters, and four monster skins. 2K has eight different ways to buy Evolve — all of which come with various pieces of extra content that act as incentives to get players to spend more. While this may potentially increase the revenue the game generates, this price structure is also enraging some players who may enjoy Evolve but are eviscerating it in reviews because they think it’s not fair to pay $60 for what they feel is an incomplete product. It doesn’t help that Evolve is multiplayer-focused. Gamers are accustomed to paying $60 for releases that are brimming with single-player content as well as competitive and cooperative multiplayer modes. Evolve is laser-focused on its 4-versus-1 mechanics — but many people think that even $60 is too much for that. But the game also had nearly a dozen cosmetic skin packs for characters available for purchase the moment it went on sale. All of these issues have led to a number of negative user reviews on the Steam store page for Evolve. Here’s just a sample: 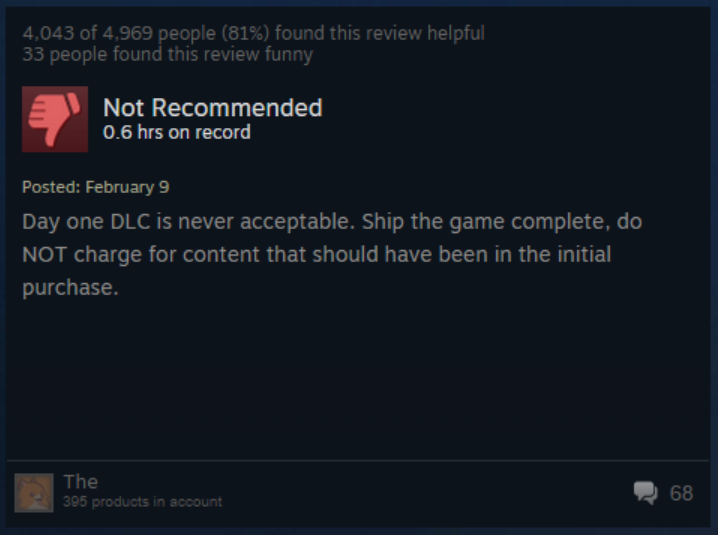