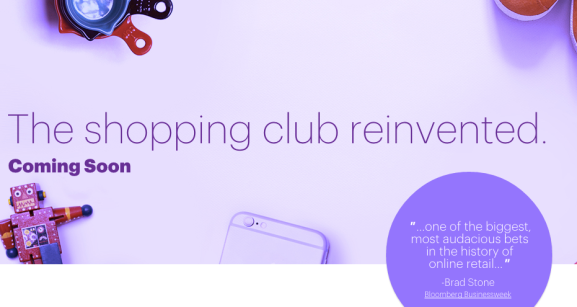 This is pretty much all there is to Jet.com right now.

Jet.com, which plans to launch an online e-commerce marketplace, has raised a $140 million convertible note that gives the company a reported post-money valuation of $600 million.

And it hasn’t even launched its site yet. All there is at Jet.com right now is a big “coming soon” banner, a glowing quote from Businessweek, and a place to enter your email address so you can get notified when the company does launch.

The funding was led by Bain Capital Ventures, with participation from Google Ventures, General Catalyst, Norwest Venture Partners, and others.

The Wall Street Journal reported the news this afternoon. Founder Marc Lore, sold his previous company, Quidsi, to Amazon for $540 million in 2010. Quidsi was less well known than its primary website, Diapers.com.

Jet is based in Hoboken, N.J. It had previously raised $80 million, and employs about 100 people.