Microsoft has acquired Sunrise Atelier, a startup with a popular calendar app for iOS, Android, the web, and desktops. The companies announced the news today on YouTube.

The deal follows Microsoft’s acquisition of trendy email app startup Acompli last year. The Sunrise technology could be a nice addition to Microsoft’s consumer-facing portfolio right alongside Acompli, which Microsoft has integrated into Outlook for iOS and Android.

Microsoft reportedly paid $100 million or more for Sunrise, according to a report published last week.

The app integrates with Google Calendar and iCloud Calendar. Web integration for Microsoft’s Exchange Calendar is on the way, according to a help page on Sunrise’s website. Exchange support is available on iOS and Android. It’s also possible to integrate Facebook, Foursquare, LinkedIn, and Twitter with Sunrise.

The desktop app doesn’t look hugely different from, say, Google calendar. But the iOS and Android apps each feel like one long page to scroll through, differentiating its user interface from Google Calendar in particular.

Here’s what an empty calendar looks like in Sunrise’s web app: 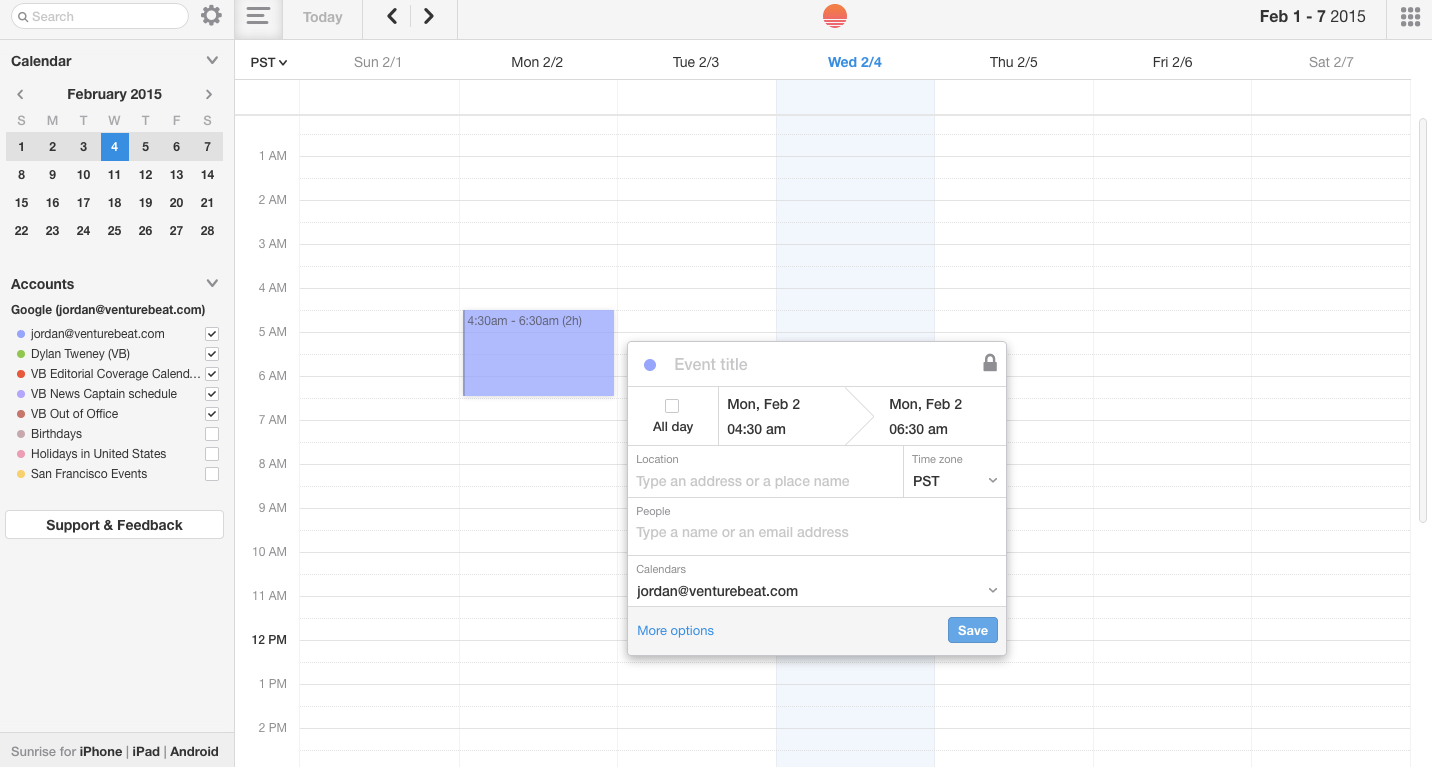 Above: The Sunrise web app.