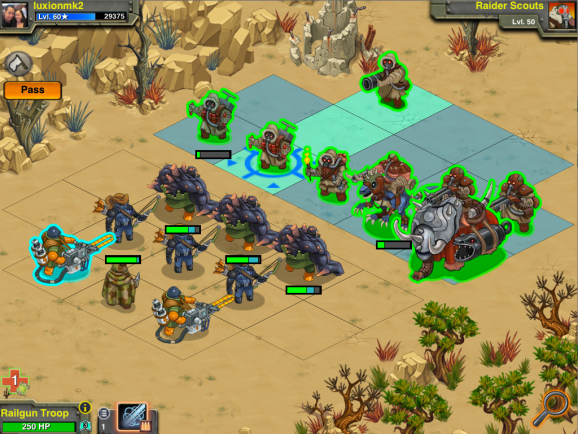 Mobile gaming publisher King is finally making games in one of its biggest markets: the United States.

The company revealed that it is acquiring a Seattle-based game developer called Z2Live. The studio is responsible for the iOS flight sim MetalStorm: Online as well as the cartoony strategy game Battle Nations for mobile and PC. King has agreed to pay $45 million in cash upfront for the studio, but it is also on the line for up to $105 million depending on the revenues the game creates. The Candy Crush company just reported a very strong quarter thanks to its launch of Candy Crush Soda Saga as well as the continued diversification of its revenues from other apps, and this acquisition should help the company get into even more new genres.

This represents the first King studio based in the United States as it battles with the likes of Machine Zone and Zynga in the $25 billion mobile gaming market. The company has made a name for itself with its military-style releases. Z2 makes games that are different from what King is best known for, and the publisher says that is exactly the point of the acquisition.

While King’s daily active players and monthly active players are both on the rise, the company sees an opportunity to grow both of those metrics even faster if it releases games that appeal to players that are not necessarily interested in Candy Crush-style games.

Z2’s Battle Nation is already a moderate hit. It went as high as No. 18 on the most downloaded chart in the United States, and it reached the top 10 most downloaded apps in more than dozen other countries. With King’s marketing muscle behind it — the publisher was one of the first to heavily push its mobile releases with television commercials — Z2 could capture an audience that is currently engaged with apps like Clash of Clans or Game of War.