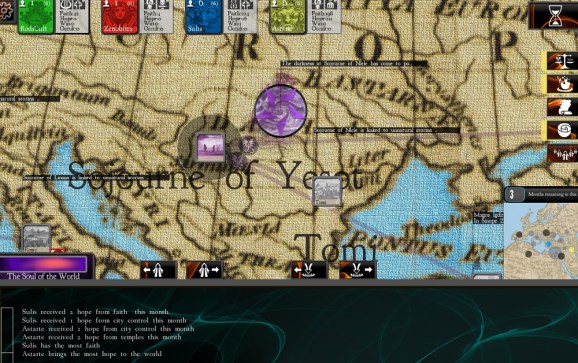 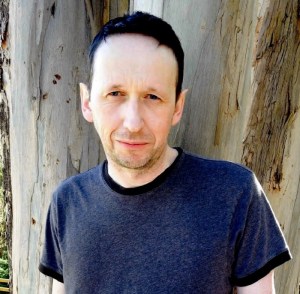 Above: Rod Humble of Chaphat

The $30 game for the PC and Mac on Steam deals in turned-based strategy that delves into the tumultuous age when mystical cults dominated the ancient religious and societal landscape. It is set after the death of Buddha and before the birth of Christ.

“Without a doubt, Cults & Daggers caters to a specific audience, one that enjoys complex and high-chaos situations where you try and navigate your faith in a tumultuous world,” said Humble, the CEO of Chaphat in Half Moon Bay, Calif. “This game is a passion project for me, which I designed and built on my own. I’ve read quite extensively about the time period and thought that the subject matter, the rise of ancient religious cults and societies, was fascinating and worth exploring.”

It’s an original game that reflects a lot creativity. That was what Humble pushed for as CEO of Linden Lab, which tried to branch out into building games and creativity titles beyond its virtual world of Second Life. Humble left last year and Linden Lab retrenched and focused on Second Life.

In the meantime, Humble started Chaphat last year, and Cults & Daggers is the company’s first title. Before Linden Lab, Humble was an executive vice president of Electronic Arts and ran The Sims franchise. He’s been making games for 25 years.

As Cults & Daggers opens, you find that the Old Gods are plotting to destroy a planet they can no longer rule, and you must create his or her own religious faith to fight a secret war for the soul of the world. You have to recruit loyal disciples throughout the Mediterranean in order to spread your faith by preaching to the masses and converting noble families. Along the way, you’ll have to deal with spies, assassinations, martyrs, occult forces, prophets and blasphemers, all while battling the Old Gods and other rising cults for the hearts and minds of the world.

It seems like the religious and spy components of Civilization, extracted so that you do nothing but pursue conspiracies and religious missions. You can secretly manipulate the rise and fall of great cities throughout 400 years of history, or gain influence by building temples, performing sacrifices, preaching, and recruiting noble families. You can also weaken opponents through blasphemy, assassination, robbery, and subversion.

But not every action is so cynical. You can carefully manage your faith and hope levels to gain more power and influence. The game has both single player and multiplayer modes. 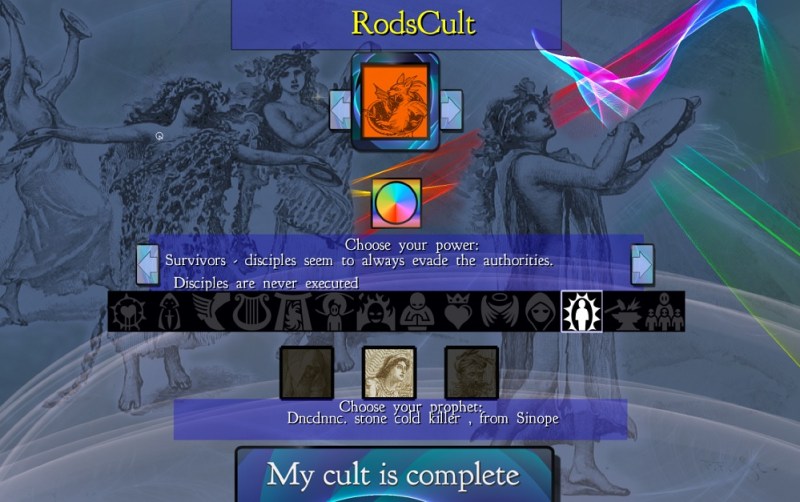