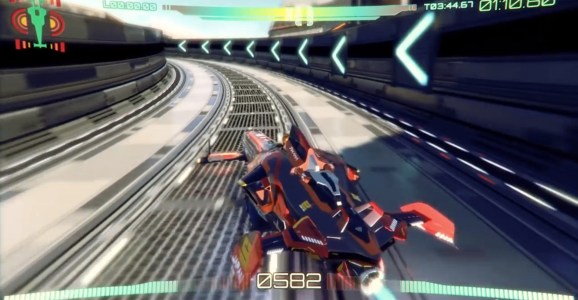 The Wipeout-like game Formula Fusion will use ESL Matchmaking.

One of the biggest e-sports organizations is using its talents to help game makers with a key aspect of online mutliplayer gaming.

ESL, a massive league for competitive gaming, is announcing a new set of tools that the company is specifically marketing to independent game developers. Called ESL Matchmaking, this tool can quickly connect players or teams against one another for head-to-head matchups. The e-sports group says its technology works with any kind of game, and it’s even offering the kit for free for games that do not meet a certain activity threshold. While ESL is best known for owning and operating some of the most important e-sports gaming events around the world, this push into game development shows that it is looking for alternative ways to generate revenue.

While ESL is rolling out its matchmaking software for everyone now, it has already sealed a deal to include the technology in the futuristic racing game Formula Fusion from R8 Games. The Wipeout-style racer will debut early next year on PC, Xbox One, and PlayStation 4, and ESL’s software has no problem working on any of those platforms.

In a statement, ESL vice president of technology Arne Peters said that his team believes “the ESL Matchmaking toolkit will help level the playing field for indies.”

Matchmaking in multiplayer games is a notoriously difficult thing to program. It’s an important feature that means people can go online and find a game to join without much of a wait, but some indie developers have decided that it isn’t worth the effort. Those are the studios that ESL is targeting.

“While many indie titles are ideally suited for competitive play from a design perspective, sadly that aspect isn’t always an initial priority,” said Peters. “Our ESL Matchmaking toolkit makes it quite easy for indie developers to deliver world-class support for competitive gaming without distracting them from their core competency of making amazingly creative games.”

R8 Games chief executive Andrew Walker reiterates that the ESL’s latest product will enable his team to focus its resources on design and balance.

While ESL Matchmaking starts off free for developers with smaller games, the price kicks in once a certain number of people begin using it. After that, ESL will charge more on a curved scale depending on the demand on its system.

The e-sports organization promises to show off the tool to interested studios at the upcoming Game Developers Conference that begins March 2 in San Francisco.