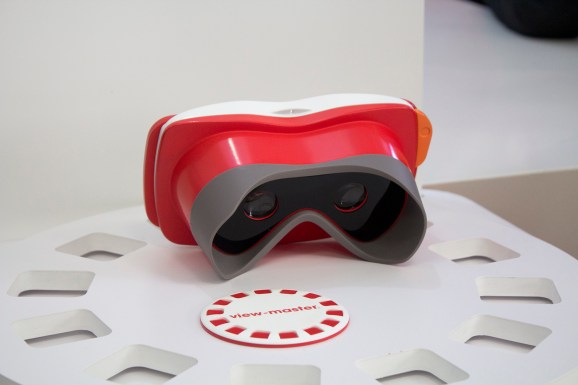 Today I laid eyes on one of the most practical applications of virtual reality I’ve ever seen. Too bad I couldn’t actually try it out.

Virtual reality still feels like fantasy to me. It’s like the autonomous car; the technology behind VR is here and progressing fast, yet it’s still worlds away from actually finding a place in daily life. At least for now.

That’s why my blood pressure doesn’t rise when I think of Microsoft’s HoloLens. Or the next iteration of Oculus. I’m a bit tired of waiting for these grand plans to manifest themselves, and I can’t help but wonder if we’re thinking too big. Or maybe we’re not thinking too big — we just need to be practical and think small, too.

Mattel’s new View-Master is a prime example of thinking small. The View-Master is essentially a fancy shell and companion app powered by a smartphone and Google’s low-fi VR project, Cardboard. Mattel and Google unveiled the device today in New York, but it’s an unfinished product.

Like trying on ski goggles, I held the (non-functional) View-Master to my face. I tried Mattel’s companion app separately, using Google’s Cardboard shell. 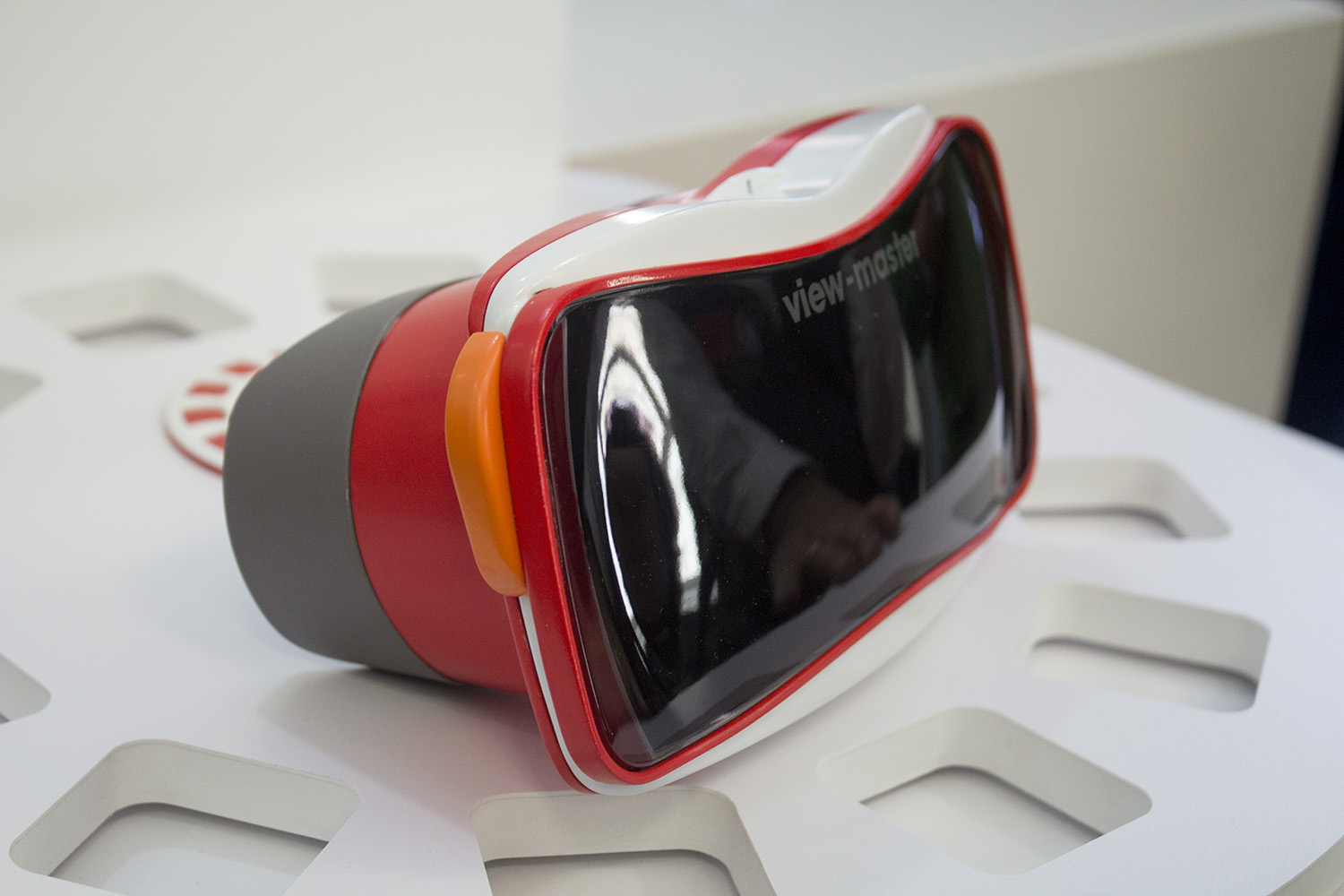 Above: Google and Mattel’s View-Master

The toy — yes, toy — felt clunky but sturdy. It looks like the kind of object a parent might throw in their Target cart to calm down a crying kid. That’s probably the best thing about this gadget: It looks like something in the Target toy aisle. It’s also going to retail for $30 — a fair enough price for something that promises virtual reality.

I don’t think Mattel will hit a home run with View-Master. But I think the idea here — short, simple, snackable VR experiences made for kids — has tons of potential.

Agree or not, this thing may end up in your local toy aisle very soon, maybe even this fall.