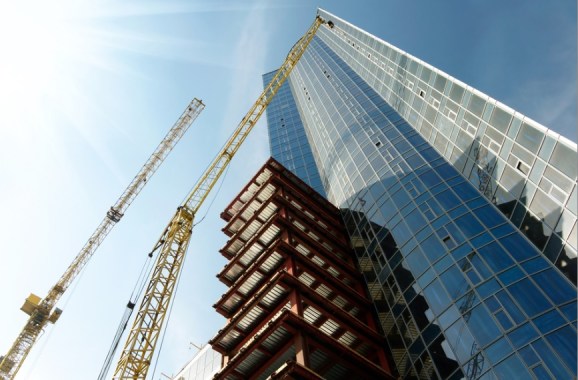 A surprising transformation across the media industry has happened in the span of a few years as content has emerged as the central currency linking brands and publishers.

As a result, sweeping changes in media, advertising, and technology are in motion. Publishers and advertisers are changing strategy as fast as you can say “media spinoff,” spurred by audience gravitational pull toward the likes of Facebook, Twitter and LinkedIn. Consolidation in advertising and investments in media are in the air. Publishers are becoming brand advertisers as brands are becoming publishers. New winners and losers will shake out as industries collide. What’s at stake are billions of new ad dollars.

Following are the major forces at play that all stakeholders in the changing ecosystem need to understand and adapt to as they move their businesses into the future.

Publishers are in the midst of a wholesale reinvention. Digital native publishers and traditional ones alike are installing brand advertising studios. The coming years will see flameouts and new household names. Buzzfeed landed $50 million from investors this year as a capital injection into its advertising studio. That came after Vice Media scored $500 million from investors after speculation over fast-growing revenue from its native advertising programs. The New York Times followed in their footsteps, unveiling a creative ad studio allowing it to play catch up and move the needle on earnings results from digital advances.

Nascent publisher ad agencies also remain laser focused on developing sponsored content that melds well with their editorial. The question is, can publishers, large and emerging, get there fast enough?

Today’s brands are publishing content at a dizzying pace to influence mindshare and buyers. And that requires appearing on social channels and publisher sites to targeted audiences. Parsing what plays well among publishers and resonates with readers is the new domain of social engine optimization. In this environment, “No. 1 is the creative,” says Facebook VP of Global Marketing Solutions Carolyn Everson of the need to form rockstar campaigns.

Branded content has boosted its stakes. Take Intel’s The Creator’s Project, a campaign that’s nabbed tens of millions of dollars for Vice Media and tens of millions of YouTube views for the chipmaker. Meanwhile, Netflix has created stunning campaigns that set a new benchmark in storytelling. Its Wired piece put the industry on its heels. The New York Times ran another, the Netflix-sponsored piece that resonates with the streaming service’s popular Orange Is the New Black series, garnering a top 10 most-read stories position. Who says paid content can’t grab readers by the lapels?

While publishers are turning into brand studios and brands are turning into publishers, major platforms on the web are morphing into media companies. LinkedIn is the seminal example of a major technology platform evolving into a media company, with content creators now on its payroll, offering further validation that content is the lifeblood of all businesses.

Yahoo has clearly gone all out as a media company under CEO Marissa Mayer, hiring talent. The Internet pioneer is also shifting to mobile media and native advertising via its Tumblr acquisition, which it forecasts will contribute $100 million to 2015 revenue. Expect the likes of Pinterest, Airbnb, and Uber to follow suit with editors and curators.

Opportunities loom large for winners. Advances by major publishers underscore a vast market for new native advertising revenue beyond the walls of Facebook, Twitter, and LinkedIn. This space, the so-called open web, is pegged to reach $5.7 billion in 2018, up more than 5X from $1 billion in 2013, according to BIA/Kelsey.

What will it take to win in the new content economy? The best way for publishers to earn more is to interrupt less. The best way for brands to emotionally connect is through meaningful content. But for the new content economy to thrive, all of these efforts need to happen at scale. Ad-tech companies are already working on this problem with native programmatic solutions, and publishers should plan to bake them into their product roadmap for later this year.

While the content economy is booming, it’s still early innings for the winners and losers to shake out. What’s clear now is that publishers, brands, and platforms are more aligned today than ever before. All are striving to provide unprecedented reader value from content and be the destination where people create and consume media.