Redux: Dark Matters is a throwback shoot-em-up that is analogous to a reputable cover band. Even if it lacks originality, you’ll still find a bit of substance here.

Released on December 12th last year on Steam by Hucast, Redux: Dark Matters rounded off 2014 in a year that was sorely lacking in shoot-em-ups. As the genre originally lent itself well to quarter-munching arcades, you should expect to master Redux only through countless replays. It’s not just a matter of memorizing boss patterns but also enduring a trial and error process of figuring out what can and can’t kill you. Easing you into this hostile, horizontal side-scrolling, futuristic setting is a ship that is so well-equipped that the first couple areas will feel like a cakewalk. It takes less than a minute to acquire the full suite of power-ups, including the homing beam and projectiles that fire vertically. The ship’s main draw is its attraction field, which soaks up enemy projectiles. 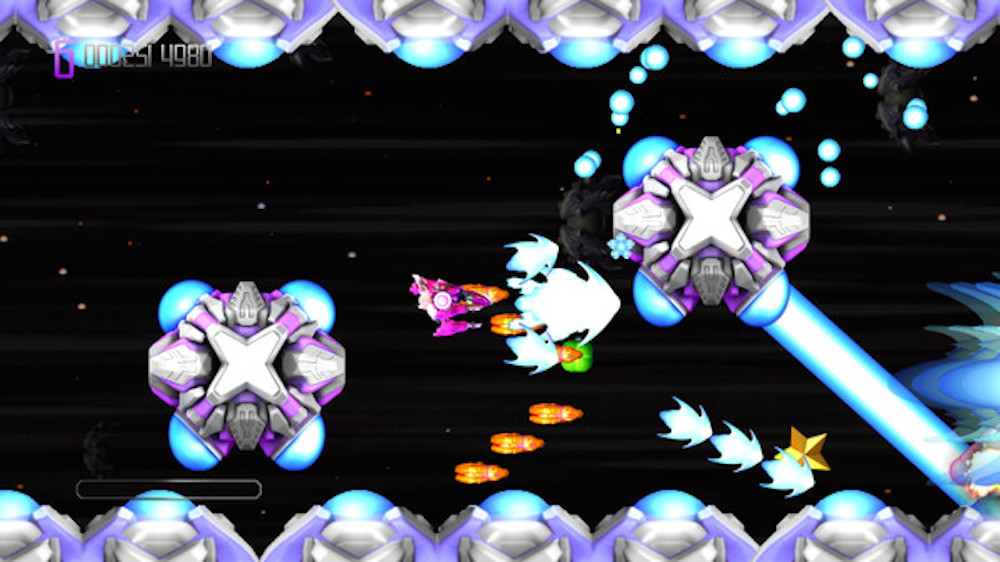 Above: Maneuvering around these cube-like obstacles are some of the Redux’s easier challenges.

Echoes of R-Type and many other shooters

Redux: Dark Matters wouldn’t be a proper shooter unless it continually subjected you to incoming objects and obstacles that you have to dodge. It’s almost as dexterously demanding as anything you’ll find in Gradius or Thunder Force. Spaces are intentionally cramped since Redux uses larger than usual sprites as obstacles (think Whip Rush on the Sega Genesis). Some surfaces can be mistaken for giant pieces of candy, which isn’t universally appealing in this genre but does complement Redux’s pastel color scheme.

Redux adequately delivers on what many look for in this reactive, twitch-intensive genre. Many shoot-em-up fans says that rage quitting and restarting is a valid decision even if you end up losing just one life during the initial minutes of a familiar level. While Redux is one such game, you can quickly regain a few useful power-ups should you choose to press forth and not quit. Unlike the seminal R-Type, Redux isn’t so sadistic that it respawns your ship at checkpoints. Instead, your replacement ship appears where you last one left off. Redux offers enough challenges as it is, especially if you decide to use the advanced ship — the one without the bullet-eating field. Choosing between the two ships is the difference between a moderately difficult playthrough versus an extremely difficult one. It’s unfortunate there wasn’t a third ship that could have served as a middle ground; it would make the transition to the higher difficulty more manageable. 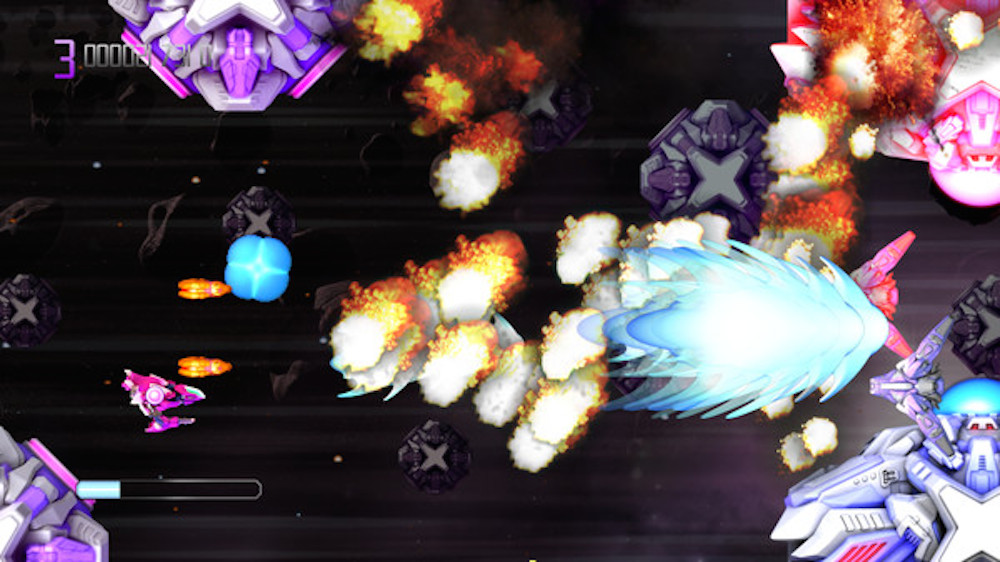 Above: It’s not quite “bullet hell,” but you’ll still have a lot to deal with.

Does not offer anything new

There is a surprising sparseness of features in Redux. While you’re never short of incoming missiles and the enemy ships that fire them, you are bereft of menu options and tutorials on the weapons systems. This isn’t a huge issue; not having a lot of information just means that you need to sort things out through a handful of retries. That includes figuring out how each ship works. Can you hold down a button for continuous firing? Do weapon pick-ups stack or do you have to scroll through them to suit the situation? Your first impulse might be to check if this is the type of shooter that features a charge-up beam, the kind popularized by R-Type. The beam is indeed available, and such discoveries will put smiles on the faces of any classic shooter fan. Much of the first level is, in fact, heavily based on the opening of Irem’s heavily ported arcade shoot-em-up. That includes the even mix of flying and ground-based enemies as well as the progression into the interior of an enemy base.

The second area is an equally familiar cave level even though it does not take direct inspiration from any one shooter. With its natural surroundings and steam-room-inspired mistiness, this area is effective as a tonal shift and contrast against the attention-grabbing urgency of the opening level. This is punctuated by the chill synth soundtrack that enthusiasts of Japanese-developed shoot-em-ups come to expect. Having to survive a heated space battle with a soundtrack more suited to a nightclub is a well-accepted juxtaposition in this genre. Less common, but still acceptable, is Redux’s liberal use of overly comforting aforementioned pastel colors.

The curious wording of the title stems from the game’s origins as a little known shooter named Dux. Along with names like Sturmwind and Last Hope, Dux was one of a small group of commercially released, independently developed, unlicensed Dreamcast games made long after the console’s official lifespan. Redux: Dark Matters was designed as a remake for other platforms — a modest director’s cut that improves on the original game with minor, fine-tuned improvements.

While the likes of Super Stardust and Resogun have done a lot to renew interest in shooters, classic automatic scrollers are in very, very short supply. Redux: Dark Matters is not an exemplary shoot-em-up, but it is a rather a safe and well-executed one where fans of the genre can get an immediate sense of its influences. And players will admire its adherence to traditional shoot-em-up elements, from the familiar stage flow to the charge-up attack. 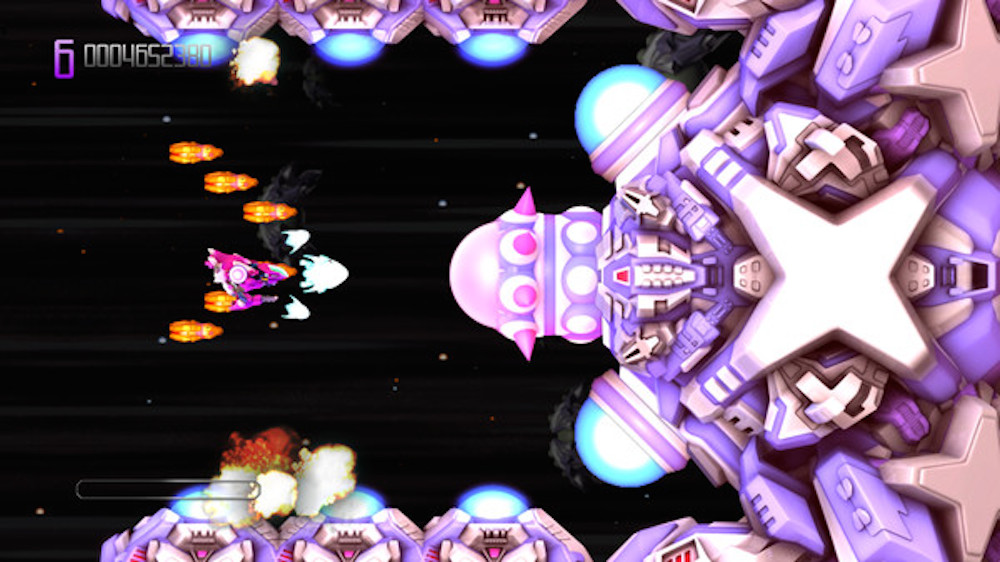 Above: Any guesses on the locations of the boss’ weak points?