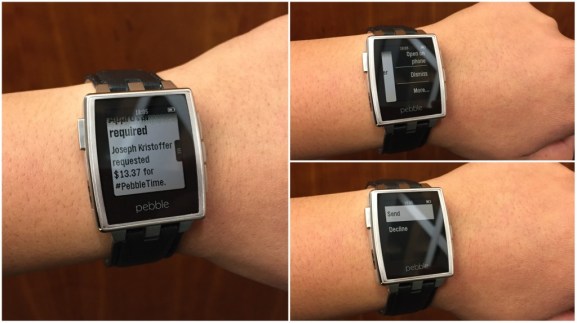 Technically, the feature isn’t all-new; Pebble’s beta testers first got their hands on it back in December. Now that it’s available for everyone, though, the feature should help Pebble compete with actual Android Wear devices like the Moto 360. Of course, Android Wear watches aren’t exactly flying off the shelves.

Pebble’s real threat is probably the Apple Watch, but we won’t know if Apple’s smartwatch is a hit until it’s released this April.