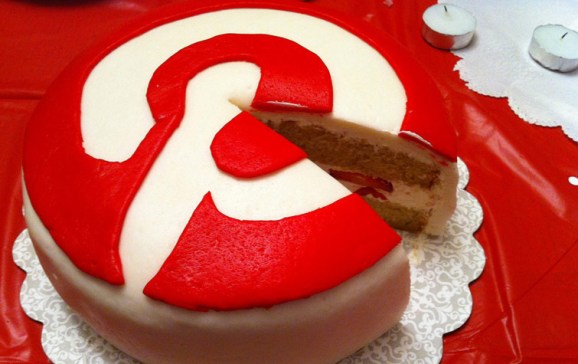 The image bookmarking site Pinterest is reportedly in talks to raise another $500 million in venture capital, which would put the company at a valuation of about $11 billion.

The report comes from the Wall Street Journal, citing people “familiar with the matter.” Pinterest declined to comment on the WSJ’s story.

The $11 billion valuation would be a substantial jump from the $5 billion valuation placed on the company when raised its last funding round ($200M) last spring. As of now, Pinterest has raised $764 million from a number of investors including Bessemer Venture Partners and Andreessen Horowitz, and the hedge fund Valiant Capital Partners.

Pinterest, which started out as a scrapbooking site, is remaking itself as a destination where people discover and indicate things that might want to buy. The new money might help push the San Francisco-based company along as it completes its transformation.

The company just started up its advertising program — called “promoted pins” — and is now testing various types of ads.

Advertising on Pinterest could provide the kind of reach many advertisers are looking for. Pinterest’s unique U.S. visitors reached an all-time high of 75.8 million in January, a 37 percent increase from the same month a year ago, according to ComScore.

Pinterest has been investing in advertising tech, too. In January it acquired the powerful product recommendation engine Kosei to help it match paid content with users.

Also in January, the company announced that it would be filtering content based on each user’s gender, a clear attempt to better serve its male users (still a minority on the site). The gender balance is critical to Pinterest keeping the door open for as many advertisers as possible.