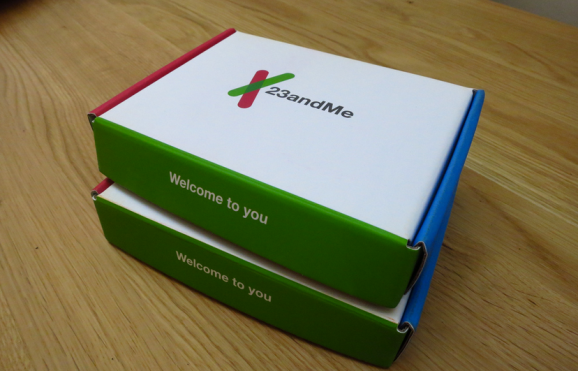 Fourteen months after having its genetic health tests ordered from the market by the U.S. Food and Drug Administration, 23andMe today won a huge victory both for itself and for consumer genetic testing by receiving FDA approval to market a single genetic test for a disorder called Bloom Syndrome.

23andMe’s Bloom Syndrome carrier test determines whether a person has a variant in a gene that could lead their offspring to inherit the disorder. 23andMe can detect the disorder by sequencing genetic material obtained from a consumer’s saliva sample.

The approval is an important first step toward the consumer genetics testing company restoring its original suite of products, which until November 2013 included screening for more than 250 diseases and conditions.

That month, the FDA shocked 23andMe, sending it a public warning letter demanding that it cease marketing genetic testing for health problems. The government claimed that the company “failed to obtain marketing clearance or approval to assure their tests were accurate, reliable and clinically meaningful.”

The result? Since then, 23andMe has not tested for consumers’ genetic predisposition to various diseases. For the past 14 months, the company’s testing kit has only helped consumers find genetic links to ancestors.

But the approval for the Bloom Syndrome test has wider importance for 23andMe, and consumer genetics testing. The FDA has decided to change the way it evaluates the kind of test the company sells.

“The FDA intends to exempt these devices from FDA premarket review,” the agency said in a statement today. “This action creates the least burdensome regulatory path for autosomal recessive carrier screening tests with similar uses to enter the market.”

The FDA will soon issue a notice proposing the exemption. There will then be a 30-day period for public comment.

“The FDA’s action shows that they are serious about trying to lower the regulatory obstacles for genetic testing, even direct to consumer,” says attorney Brad Thompson, who helps health tech companies work with the FDA. “A few years ago, I would never of dreamed FDA would take this action, but the agency genuinely seems to be trying to get out of the way of quality genetic testing.”

In a still larger sense, it’s likely that 23andMe and the FDA have learned a lot about the regulatory review process for consumer genetic health testing over the past year. And they’ve probably learned a lot about how to work together. Silicon Valley is a long way from Washington, but meaningful collaboration can happen between tech people and regulators.

“23andMe clearly gave FDA useful data — data that convincingly showed the safety and effectiveness of tests in this category,” Thompson says in a note to VentureBeat. “Frankly, in many cases, a little bit of data goes a long way; the FDA needs some assurance that products are indeed safe and effective, and once they have that assurance they are able to lower the regulatory requirements.”

It’s likely that the FDA will be able to more quickly review and approve many of the other genetic health screening tests that 23andMe originally offered, and wants to once again.

23andMe will probably stick to selling just the ancestry part of its genetic tests until it can get the full set of its health tests approved by the FDA. 23andMe told VentureBeat it had nothing to add to the FDA’s announcement or its own blog post.

And the FDA hasn’t completely reversed its original position that consumers should, in many cases, go through their doctor to access and interpret their genetic information. But its action today does narrow the number of cases where it believes that is necessary.

“Today’s authorization and accompanying classification, along with FDA’s intent to exempt these devices from FDA premarket review, supports innovation and will ultimately benefit consumers,” said the FDA’s Alberto Gutierrez in a statement Thursday.