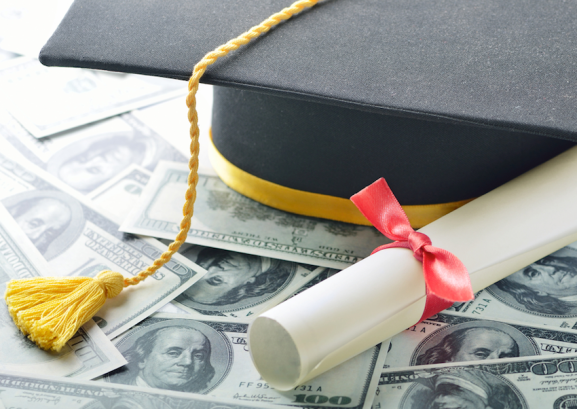 One wonders if anything can fix the U.S. student loan system, in which many students carry massive borrowing for a credential that is often considered essential.

But student loan marketplace Credible is trying to connect students to the best deal available. Today, the San Francisco-based company is announcing it has closed the final $1.5 million tranche of its $2.7 million seed financing, the total raised thus far for the two-year-old company.

“In ten seconds, a recent graduate can use Credible’s comparison tool to find out if they are overpaying on their student loans,” founder and CEO Stephen Dash told VentureBeat via email.

In five minutes, he added, a student borrower can complete a Profile that enables lenders to offer personalized quotes with exact rates for private loans. In a Dashboard, users can compare such factors as APR, monthly payment, fixed or variable interest rate, total repayments, and estimated savings.

If a borrower decides to move forward, the last part of the process — including identity and income verification, and document signing — takes place with the lender.

There’s no charge for borrowers to use the platform, as lenders for completed loans pay a fee to Credible. The company said it does not sell leads or user data.

More than 15,000 profiles have been created on Credible since it launched last March, of which about 12,000 were entered in the last three months.

Dash pointed to an actual 2010 Babson College graduate named Cole who reduced the interest rate on his loan from 8.90 percent to 3.75 percent and saved more than $40,000 over the life of the loan. Credible said that borrowers saved an average of $11,688 last year by refinancing through the site.

Dash noted that federal loans have interest rates nearing 8 percent. But he added that at least 10 lenders are now providing “a very competitive” refinancing of federal and private student loans through his company’s marketplace.

The site focuses on helping borrowers in the refinancing of existing loans — as opposed to their initial college loans — because “this is where borrowers can save the most money by comparing lenders’ offers,” Dash said.

It’s where the better deals are.

“A graduate is typically a much more attractive lending proposition than a student,” he said, because they have a longer credit history, usually have a job, and have a university degree.

Most other online facilitators of loan refinancing are lenders themselves, Dash said, including Citizens Bank, CuStudentLoans, Earnest, CordiaGrad, Success Loans, iHelp, and others. By contrast, he said, Credible is a nonlending matchmaker between borrowers and lender — “a Kayak for student loans,” the company says.

Sites like PrivateStudentLoans, eStudentLoan, and SimpleTuition, Dash pointed out, are “lead-gen sites [that] provide rate ranges,” not actual quotes.

The student loan space is heating up. A few weeks ago, personal and student loan lender Earnest announced it had closed a $17 million Series A round. And SoFi, originally called Social Finance, offers loans from alumni to students at their alma mater and is reportedly prepping an IPO.

Investors providing the recently completed funding for Credible include Carthona Capital, Cthulhu Ventures, and Redbus Group. The new money will be used to expand Credible’s team and to build out its user-friendly features, the company told us.