Google today expanded its Inbox email service to more platforms. On the desktop, it now works on Firefox and Safari, while in the mobile world, it is now available on iPads and Android tablets; you can download the updated app now directly from Google Play and Apple’s App Store.

Prior to today, Inbox on the desktop only worked in Chrome, while the mobile app only worked on the iPhone and Android smartphones. Google also launched an Inbox app specifically for Chrome, though it’s really just a glorified shortcut. 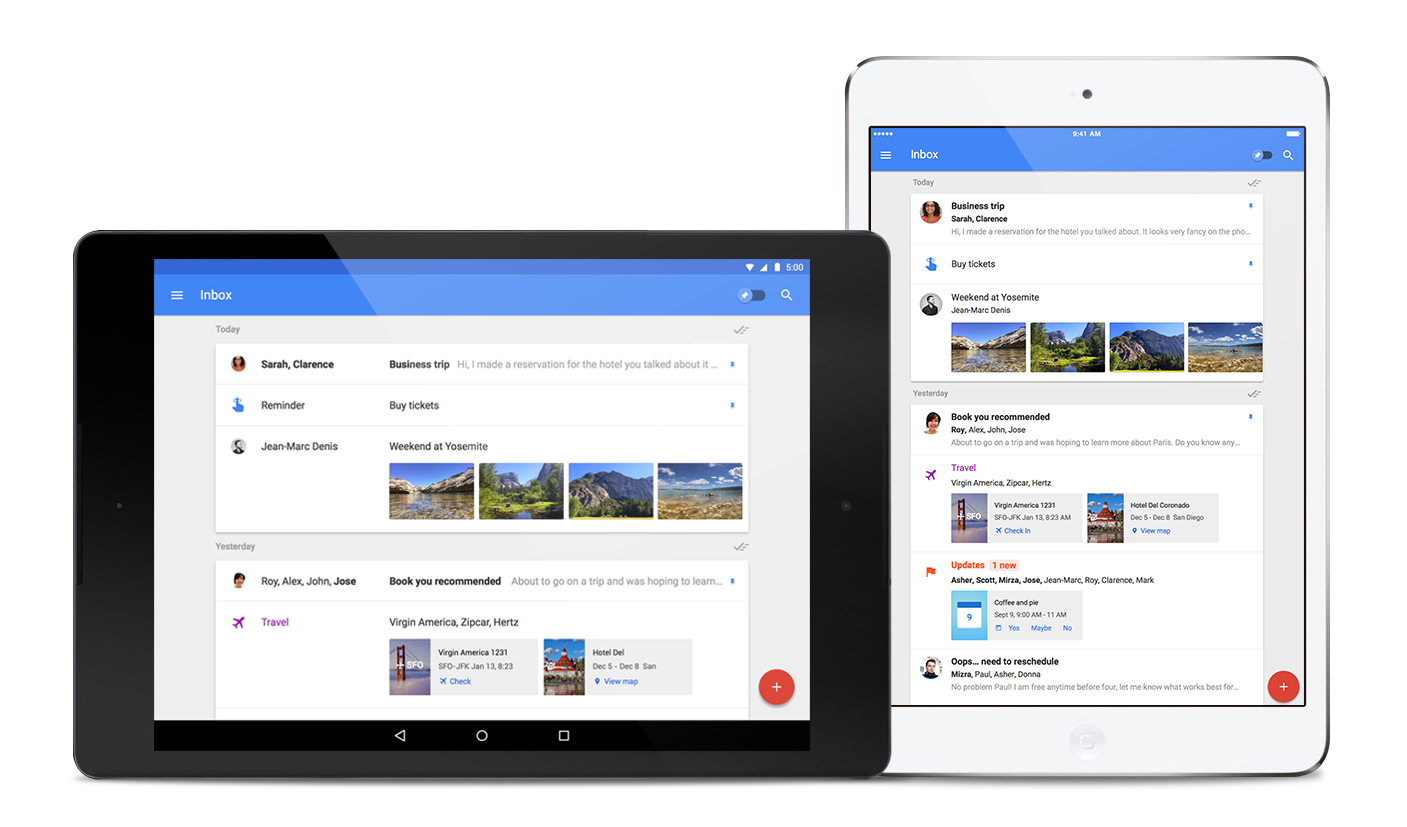 Other browsers and platforms are still not supported. Here’s what happens if you try launching Google’s Inbox in Internet Explorer, for example: 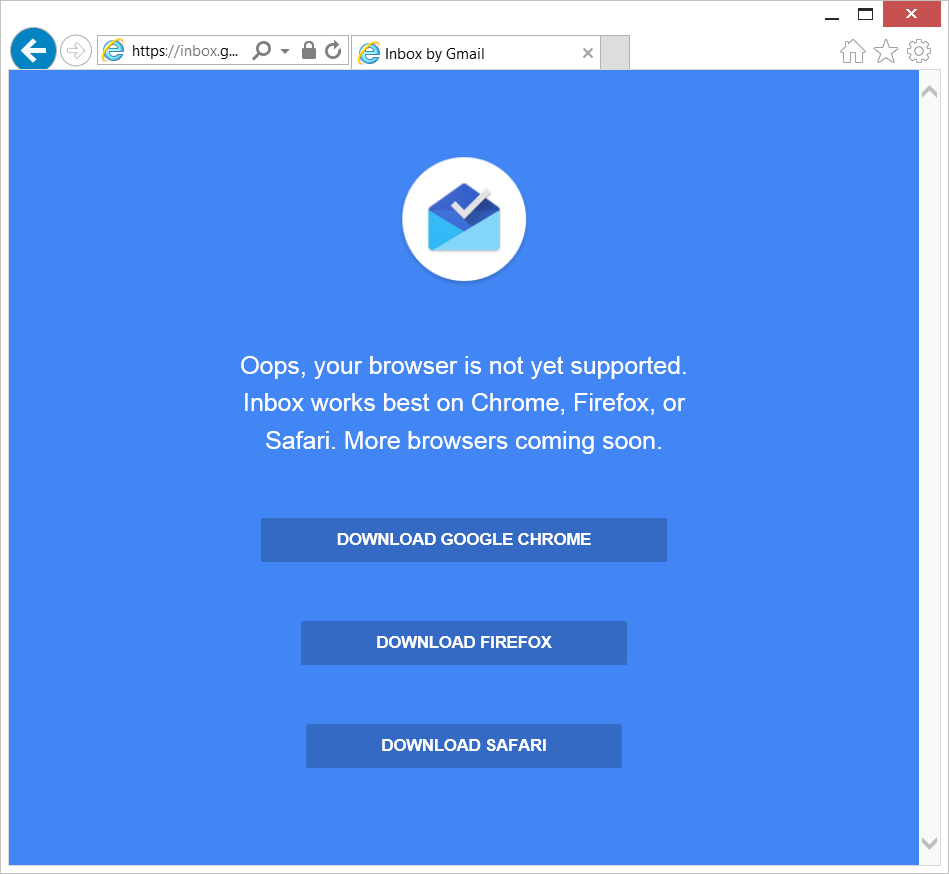 Google will still likely push new features to Chrome users first. This is nothing new for the company: While it does work to support the latest Web standards, the company also has no problem prioritizing its own browser for certain offerings.

Google engineers offer a rather basic argument for not offering Inbox on all major browsers: They “want to make sure that everything works perfectly before enabling it for all of our users.” Somehow, that just wasn’t a priority for the October 2014 launch.

Google eventually hopes to replace Gmail with Inbox. Still, the company has said it will be listening to user feedback and will not make such a move unless its users want Inbox over Gmail.

Upcoming Inbox features include integration with other email systems (Outlook.com, Yahoo), the option to change the mobile app’s notification sound, being able to download all attachments, Gmail’s Undo Send feature, the ability to customize Snooze times, support for multiple email addresses, signatures, better Google Calendar integration, and Google Drive integration. Finally, Inbox by Gmail is still coming to Google Apps users, though there’s no date to mark on your calendar.

You can read our hands-on of Google’s latest email service here. Inbox still requires an invite, which you can request by sending an email to inbox@google.com or asking a friend who has already gotten in.