Animal Jam is a major player in the kids gaming space, with 30 million people playing its web-based social game for 7 to 11-year-olds. But it’s not transferring its successful subscription model to the mobile version of Animal Jam, due out this April on Android and iOS tablets. Instead Clark Stacey, chief executive officer of developer WildWorks, says he has a plan to ethically monetize in-app purchases, something that other developers have struggled with in the past.

“It’s very difficult to base monetization strategy around in-app purchases of consumables,” Stacey told me during an early-morning meeting at Casual Connect Europe, “and do that in a way that children are going to understand the value proposition and parents will see value in it.”

“It’s not fair to kids to ask them to make an economic judgement that doesn’t make sense to them,” said Stacey.

If you start selling kids items that don’t last, like premium currency or gameplay time, there’s a good chance that they — or more likely their parents — will fail to see the value in it. “That’s what’s fraught about in-app purchase consumables,” said Stacey. “It’s gone the next day, and there’s never anything the child or the parent can point to and say, ‘Thats what we paid $5 for.’”

So instead of selling something completely ephemeral, WildWorks is trying to attach added value to its premium items — animal species that kids can buy to use as their in-game avatars.

“We found that kids really convert [to subscriptions] on the web game for animals,” said Stacey. “They want to get their favorite animal, or they want to have more.” So that’s how WildWorks will monetize its mobile game, except the purchase of an additional species will come with a little something extra. 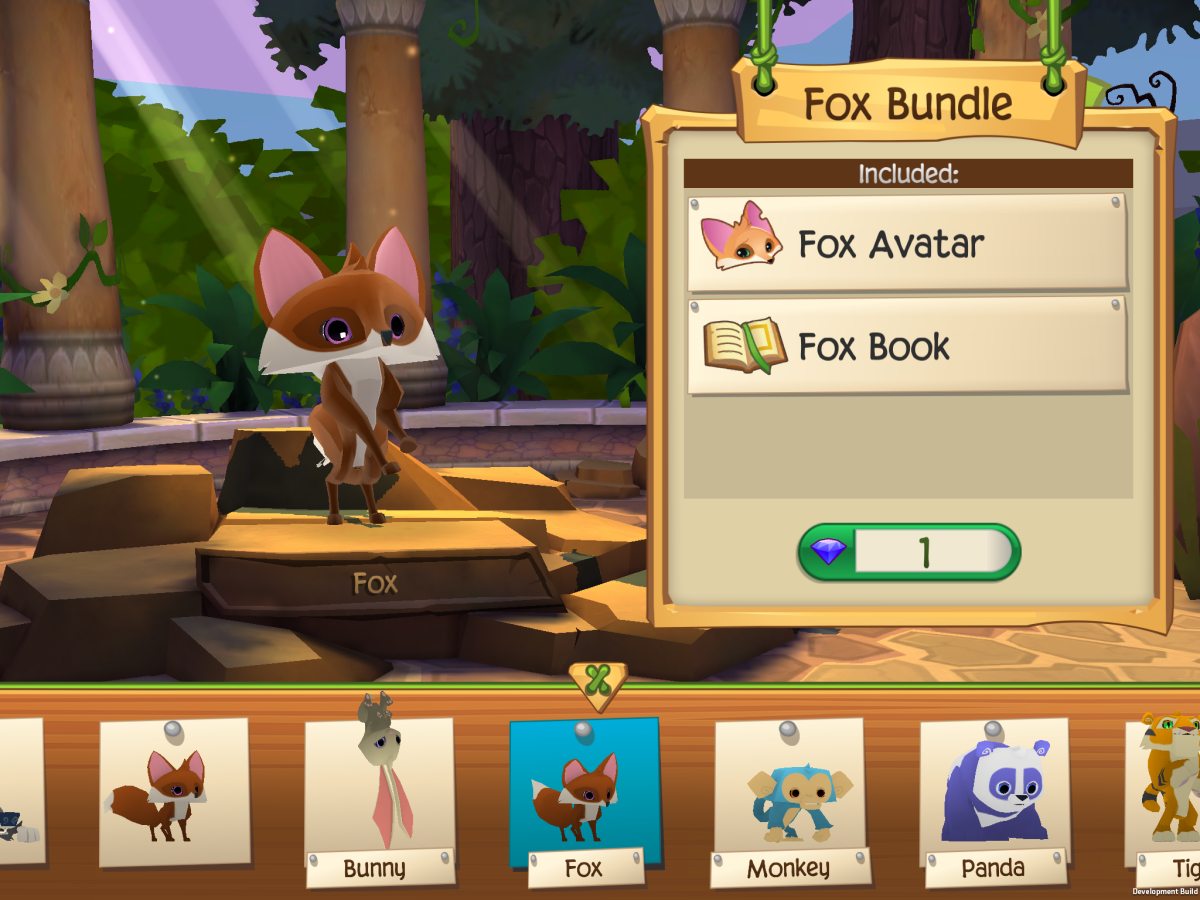 Above: Each animal species on Animal Jam will come with an ebook made with National Geographic.

“We’re going to be selling the premium animals directly, but we’re going to accompany each one with an ebook,” explained Stacey. “We have a license with National Geographic, so we’re producing some fairly robust ebooks about each animal species, and when a parent makes a choice to make a purchase of an avatar, which might be $1.99, it’ll come bundled with an ebook about the avatar’s species.”

And kids will keep access to these ebooks even if they stop playing the game. Stacey descibes Animal Jam as an ongoing “portal” for their collection of ebooks in this situation, along with a source of National Geographic video content that Animal Jam provides.

“With this, we’re providing something lasting even beyond the gameplay,” said Stacey.

Another problem that Stacey identifies in ethically monetizing kids games is that parents must see where their spend starts and ends.

“The parent has to be able to see the last dollar they’re going to spend from the first dollar,” he explains. “If there’s no ceiling to the spend in the game, I’m much more unlikely as a parent to want to spend.”

“We want to be sure that [in] the store here — whatever is for purchase — a parent can see that even if my child plays this for many months, and I wind up purchasing all the avatars that are available, that’s all there is to buy. I’m not going to have to pay to feed them or re-energize them,” said Stacey. 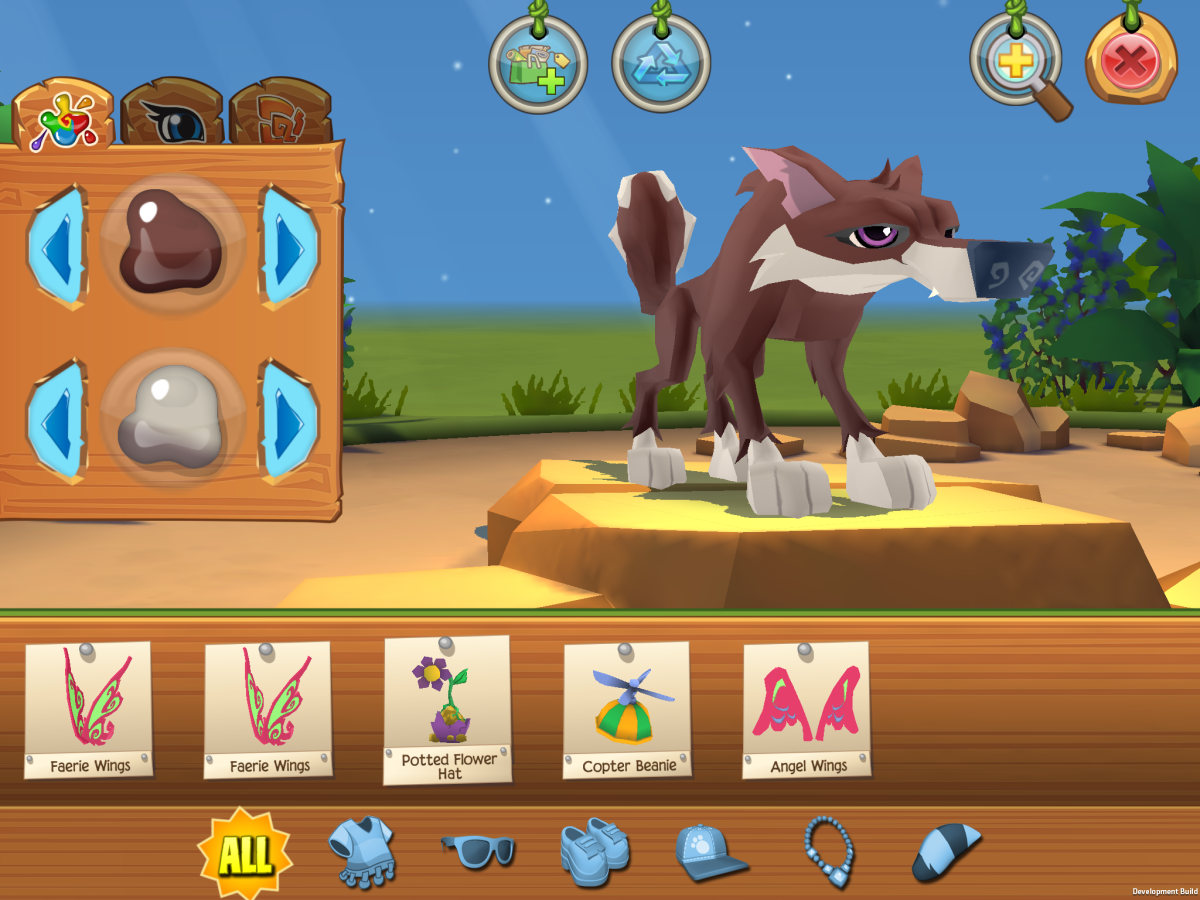 Above: Kids can customize their avatars in Animal Jam.

And kids won’t just be renting out the avatars. They’ll be theirs to keep and won’t need refreshing over time, much like a real-life toy.

“This is another mistake that’s often made in childrens games,” said Stacey. “For a child who buys something with an in-app purchase in a game, they should own it. For children, they understand that to be a toy. And when you buy a toy its yours, and you can play with it whenever you want.”

“When you buy one of these animals, it’s not subscription-based, so you’re not renting it as you might be in the web game. It’s yours. If I purchase, say, the fox species, I can then make as many foxes as I want.”

Animal Jam mobile will launch with six or seven animal species, a couple of which will be free. WildWorks will then add more every few weeks. The web game has around 30 different animal species right now.

Kids can send the in-game avatars they’re not using on missions, which will earn them premium currency to use in the game. They can buy new dens and other customizable items with this currency. Even free users can earn the premium currency, but it’s going to be a lot quicker to earn if you have multiple species.

But Stacey stresses that all the social and educational features of Animal Jam, including mini-games, will stay free to everyone. “They always will be,” he said.

National Geographic video content, which is a serious part of what Animal Jam provides, will also be available on mobile, but in full-screen.

And WildWorks will make sure that every current player has their place reserved for them in the mobile game. “We’re going to pre-populate this game with all the user names from the web game because its important that kids are able to find their friends and maintain that social identity,” said Stacey. 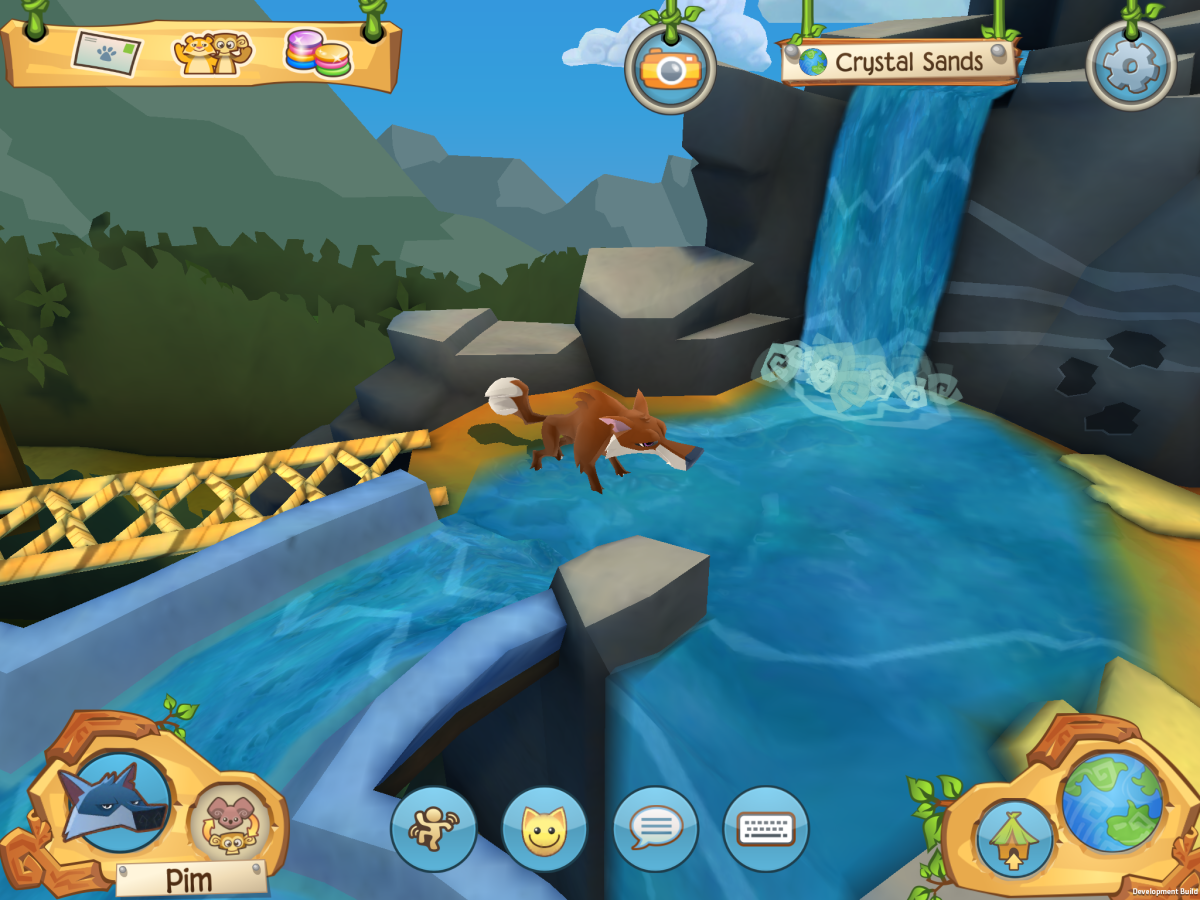 Above: That wolf looks a bit sneaky if you ask me.

Why move to mobile?

Animal Jam is outperforming its nearest rival, Club Penguin, in North America and catching up with it worldwide, according to Stacey. With that in mind, I wondered why WildWorks felt the need to move to mobile at all.

“The intention here was to create a safe social networking environment for kids,” said Stacey. “I think this is what social networking for kids looks like — it’s not a reskinned, more colorful Facebook or Twitter. We need to go where the kids are going, and in many countries where we’re operating, increasingly it’s tablets.”

Stacey explained that the trickle-down of mobile devices within a family allows younger players to access mobile games, but creates challenges for developers at the same time.

“As the old devices trickle down to the kids, and the parents or older siblings get new devices, it’s becoming more common for a child to have their own tablet,” said Stacey. “The challenge for us is that it’s a three- or four-year-old tablet, and we need to support all the legacy hardware. We discovered that with some other ancillary apps that we did.”

But it’s a challenge the WildWorks team are coping with, according to Stacey, and he’s excited about the possibilities offered by the mobile game going forward. 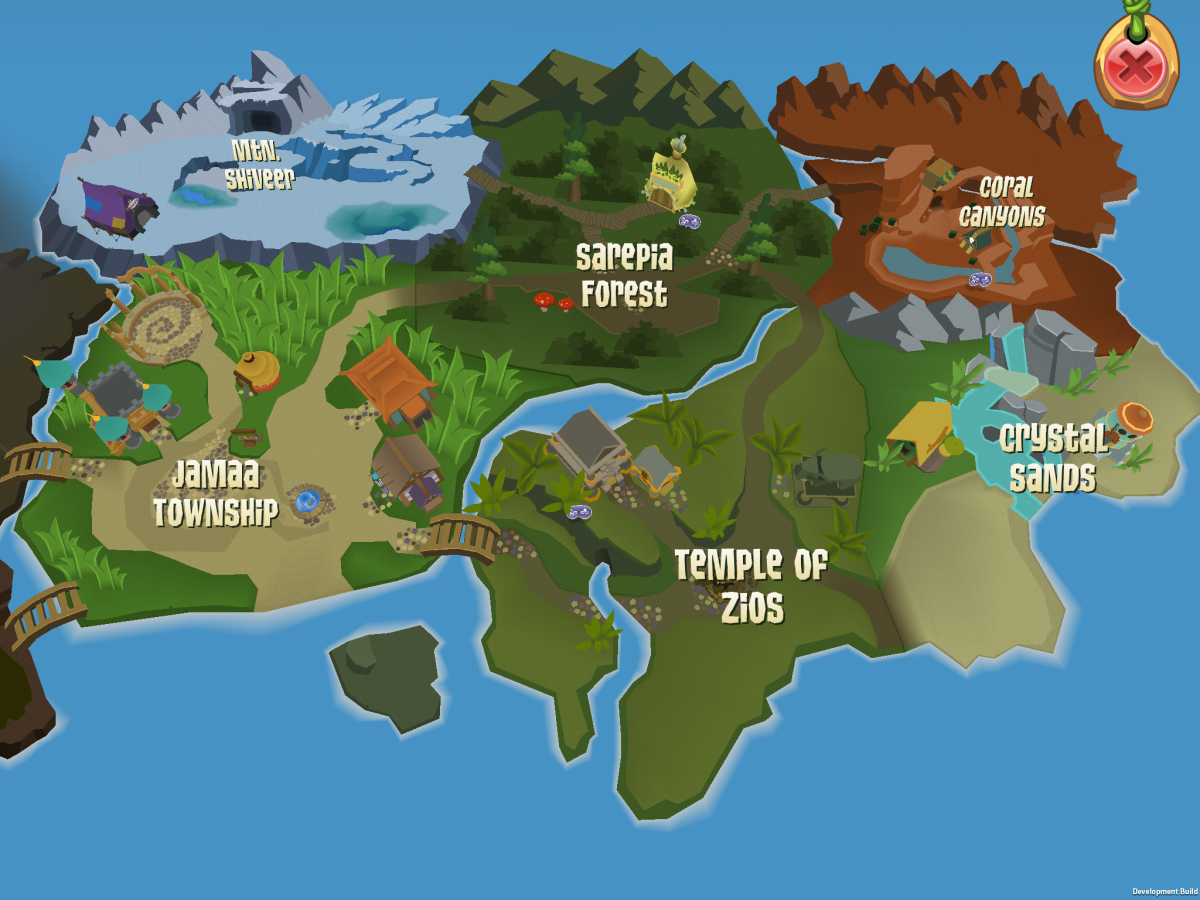 Above: Part of the world map in Animal Jam mobile.

I wondered if WildWorks expects players to continue logging into the web game once the mobile version is live. “I think they will because the play pattern is very different,” explained Stacey. “Our average play session on the web is over 60 minutes. During the summer when school’s out, it’s even longer.”

“I dont think we’re going to see that on the mobile devices, where it’s going to be more ‘check-in and play with my animals’ and much shorter play sessions.”

Stacey thinks kids will play the mobile game when they have short gaps in their day, like on the bus or at recess, then come back to the web version for longer sessions. “Kids are pretty invested in the worlds that they’ve created there,” he said, explaining the Minecraft-lite set-up where kids can build their own environments to play in, like cafes.

And while it’s tricky to shrink a social experience down to a tablet screen — especially the difficulty of creating a functional, unobtrusive keyboard — Stacey reckons kids will keep socializing on the mobile game, albeit in a different way.

“I think were going to see more asynchronous social connections because kids have busy lives, and they’re not all going to be on at the same time,” he said.