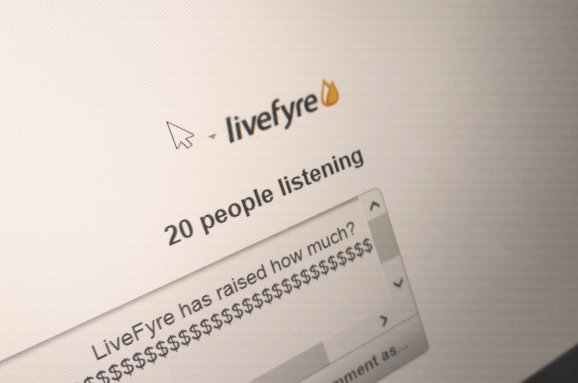 Social content company Livefyre has announced it has raised $47 million in funding, which includes a $32 million series D and $15 million series C2 round — the latter wasn’t announced previously due to its proximity to the upcoming larger round closing.

The San Francisco-based company has closed two rounds of $15 million and $4.5 million previously, which means it has now raised almost $70 million since it was founded in 2009.

There are some interesting new investors on board too in the form of Adobe and Salesforce Ventures, who join existing investors Greycroft Partners, Hillsven Capital, U.S. Venture Partners, and Cue Ball.

Livefyre has become a common sight in the comments section of blogs and news sites around the world, with the Livefyre Comments platform used to power and manage online discussions. But it has a number of other products, aimed at helping brands manage and engage with users, which includes Livefyre Studio that launched last year. Livefyre’s broader toolset and mission is all about helping marketers manage and curate real-time content and discussions from across the Web.

Livefyre says it will use the cash influx for “strategic growth” areas including R&D, sales, and marketing. A particular focus will also be placed on growing internationally.