Social gaming on platforms like Facebook is slowly withering away as more consumers turn to mobile. That has developer and publisher Spil Games looking to get into the smartphone and tablet action. 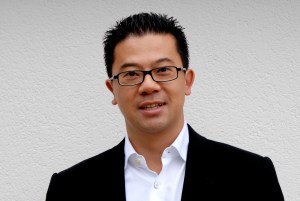 To facilitate its transition from web-based social gaming to iOS and Android, Spil Games has decided to hire a new chief executive officer. The company announced today that it is bringing on Tung Nguyen-Khac to overtake that role and oversee day-to-day operations. With the mobile-gaming industry growing to $25 billion in 2014, it’s not surprising that a company like Spil would look for new leadership to help get a bigger piece of that action.

Spil Games specified that it wants Nguyen-Khac to direct its expansion into mobile as well as its furthered efforts to distribute and publish games produced by third-party developers. The studio already has 130 million monthly active gamers, and the publisher wants to maintain that audience while shifting more of its efforts to smart devices.

“Our focus will be on promoting the most suitable games for mobile from within our own portfolio, as well as actively seeking new partnerships with mobile developers,” Nguyen-Khac told GamesBeat. “Spil’s aim is to be the game publisher of choice enabling game developers to reach massive global audiences across multiple platforms and devices. This will be accelerated by our own game distribution platforms.”

Prior to joining Spil, Nguyen-Khac was CEO of the gaming division of the German television company ProSiebenSat.1. His time with that company turned it into one of the top-three publishers in Germany. Nguyen-Khac also led the team to release Mobile Football Manager GoalOne, a management sim for iOS and Android. It was one of the top-grossing games on the App Store, according to Spil.

“I want to use [Spil’s strength in web gaming] — and in particular its 130 million user-base — to build a bridge into mobile gaming,” said Nguyen-Khac. “Our native mobile games portfolio is in a growth phase — although our aim this year and beyond is to rapidly grow this area of our business — but we have been delighted by the results some of our developers partners have enjoyed for their native games so far.”