It’s clear that publisher Sony and developer Ready at Dawn have put a lot of effort into building their alternate-history shooter. It has a number of hooks and conceits that make it the ideal first entry in a video game franchise that should spin off a number of sequels.

It’s a retelling of the Knights of the Round Table. In this game, they’re nearly immortal thanks to the Holy Grail that King Arthur found. You play as a man named Sir Galahad, although that is only a title that he inherited during his time with The Order. He is more than a 100 years old. Galahad and the Knights are charged with protecting London, an international corporation called the United India Company, and the rest of the world from rebels and werewolf half-breeds that want to destroy humanity. 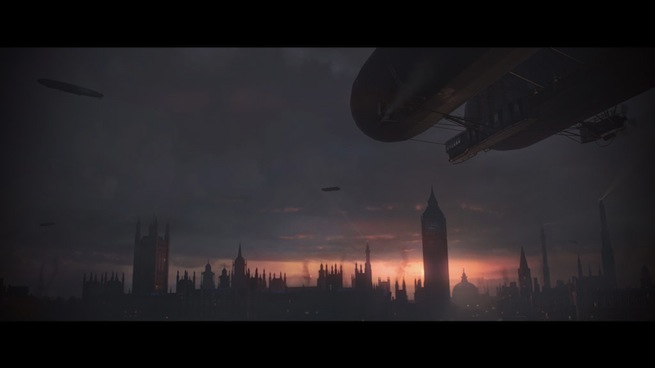 Perhaps you can already see how this setup could serve a second, third, or even fourth game. Maybe a new Knight in a different time and in a fresh city? Each entry reveals more about the half-breeds and the mysterious United India Company.

It’s like Ready at Dawn was reading from the Assassin’s Creed/Resident Evil playbook.

But to make a franchise like that work, it needs to get off to a strong start. Let’s find out if this one does.

After 25 years of playing video games, I’ve realized that the thing I value most is a sense of pace. I don’t ever want to feel like I’m settled into one place for too long, and in this aspect, The Order delivers.

Broken into chapters, the action of The Order never lingers on any one set piece or battle. You rarely spend more than 15 minutes in one section, and it’s always throwing something new at you.

Perhaps you’ve heard that The Order features a significant number of cutscenes and quick-time events. Well, that is true, and normally that would really bug me (and the QTEs do a bit, but they also serve a purpose). But in this case, Ready at Dawn dishes out the fun and the story at such a rapid rate that it always keeps you slightly off-balance.

Above: The beautiful visuals of The Order: 1886.

For example, once you get used to taking on charging werewolves in a warehouse, you’re off to fight waves of human rebels in a mansion. Then, the next thing you know, you’re watching a decently acted cutscene that shows you the political workings of The Order, and then you’re rappelling down the side of a dirigible.

I was expecting a slow, plodding cover shooter. Instead, I got a game that wasn’t afraid to burn away twice as fast in the name of shining twice as bright.

Thanks to the pacing, The Order kept me entertained with its core mechanics longer than it would’ve otherwise. But as it is, I came away feeling pretty happy about the way it plays.

Put simply, The Order feels a lot like Resident Evil 4 after Gears of War. It’s a third-person shooter that controls well with fun action sequence after fun action sequence. Maybe it’s more linear, but had this come out the year after Resident Evil 4, I would probably consider it one of my favorite gaming experiences. This is thanks to some fun weapons and a character that moves with weight and sticks to cover in a competent fashion. It’s not much more than those things, but it handles what little it does well.

This sure is pretty. 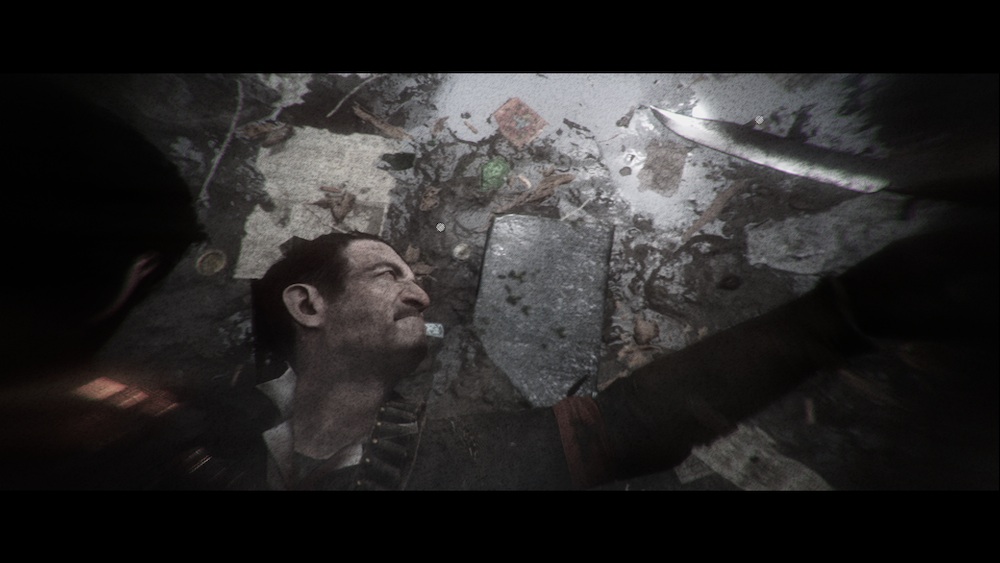 We’ve known that The Order was going to look amazing for a while now, but it still impressed me. The world overflows with details. The characters look lifelike and animate with true fluidness.

And while the dreary London setting means the color palette remains dark and gray for most of the adventure, Ready at Dawn does a good job of creating some visual variety within those limitations. I particularly appreciated the chapter that took you into the air with the blimp.

I’m not one for narrative in games, so I was surprised when I didn’t hate this one. Half of what I like are the possibilities it opens up for future sequels, but I still appreciated much of The Order: 1886’s tale as well.

The Knights are a cool idea. Their werewolf and monster enemies create a natural tension, but of course, the true monster is hidden in the shadows. You might see that coming, but the way the characters respond to this obvious twist feels genuine.

In particular, I liked Galahad’s relationship with his primary love interest.

When it was all over, I wanted to find out what was going to happen next to Galahad and his fellow Knights — as well as a certain threat that we only learn a little bit about this time around.

Here’s a word that I’ve seen used to describe The Order: Filmic.

Essentially, Ready at Dawn says it was going for a cinematic atmosphere when it made The Order. This, it claims, is why it presents the entirety of the game in a 2.4:1 aspect ratio. Put simply, you have a black bar at the top and bottom of the screen at all times.

And I do not buy it.

A 2.4:1 aspect ratio is common in film, and it does make movies feel more cinematic. It is part of that medium’s common artistic language.

But the 2.4:1 aspect is not common to games. We don’t go to movie theaters to play the latest Metal Gear Solid. We use 16:9 televisions, and developers have delivered perfectly “filmic” experiences with that before.

Instead, what’s likely happening here is that the PS4 couldn’t handle The Order’s eye-shattering visuals running at a full 1,920-by-1,080 pixels while maintaining a reasonable framerate. Cutting off nearly a quarter of the image helps with that.

Maybe The Order’s directors truly felt this added to the experience. But I don’t trust them. And it isn’t even their fault that I don’t trust them. I lost my faith after I played the 30th Nintendo 64 game that used fog to hid geometry to keep framerates up in those releases.

I mentioned earlier that the QTEs help keep the pace of the game. But they’re still quick time events, and they do a whole lot to make The Order feel like a really old idea.

It’s not my idea of a good time anymore to see a movie play in front of me as long as I hit the right button, like I’m sticking a nickel into one of Edison’s Kinetoscopes during the 1920s when everyone else is in a movie theater.

I don’t want to say that I hate the QTEs. They happen. I play through them. And then I don’t even think about them. But they prevent The Order from feeling like a generational leap.

A lumbering player character versus fast enemies and stealth sequences

I really liked the way Galahad controls … until superfast werewolves started chasing me down from multiple directions.

Galahad moves like they typical character in a third-person action game. He runs slowly and turns even slower. So it’s pretty dumb to put that up against werewolves that can attack you from any direction who are also much faster than you.

It got to the point where I backed up into a corner and tried to keep an eye on all the possible directions the werewolves could come from. If I spotted it from a distance, I could try to shoot and wound it so that I could run up and finish it off in melee range — which is the only way you can dispatch a werewolf.

But if it came from a direction that I didn’t have a full view of, I had to just wait for the screen to start flashing with the X button so I knew to dodge.

The controls are also a problem during a late-game stealth sequence that just doesn’t make any sense. You have a silenced crossbow, but it has a finite number of shots. So you want to use your silent knife attack to kill most of the guards who are manning a garden outside a mansion you need to break into. But you cannot just walk up to a guard and kill them. You have to walk up behind them and wait for a timed-button prompt to pop up on the screen. If you goof the timing, it’s an instant death for you.

And especially screw that because sometimes the button prompt doesn’t happen when you expect it to, so you just run right into the back of the guard. And boom: instant death.

The Order is thrilling and frustrating.

I should make it clear that I did enjoy my time with it. I didn’t want to put the controller down because Ready at Dawn did such an exquisite job of doling out the action. And that, combined with its decent concept, story, and gameplay, would’ve been enough a long time ago.

But in 2015 it left me unsatisfied. Is this what I bought a PlayStation 4 to play? Is this what Sony is passing off as a bold new experience? A different shade of Resident Evil 4?

Perhaps it’s unfair to put the burden of expectations on The Order, but I know I’m not the only one who wants something fresh and risky from these tentpole releases.

And The Order is just more of the same without any risks.

Sony provided GamesBeat with a retail copy of the game for the purposes of this review. The Order: 1886 is out exclusively for PlayStation 4 on Feb. 20.