If you, like many of us, have been dazzled and dumbfounded by the high valuations of messaging apps like Snapchat and WhatsApp, a chart shown here at the Yahoo Mobile Developer Conference might shed some light.

Snapchat is reportedly raising a new round that would value the company at somewhere between $16 billion and $19 billion, for example.

The fact is, the user bases of these apps are insanely large, the time-in-app numbers are insane, and the growth rates of messaging apps continue to slant upward.

Messaging apps have as many or more users as the world’s biggest telephone companies, according to a slide shown by Flurry CEO Simon Khalaf. 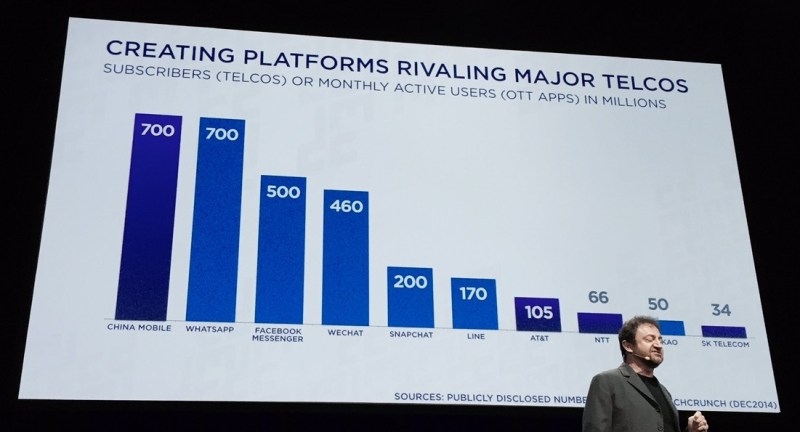 As you can see, the WhatsApp user base is as big as the subscriber count of the largest telecom in the world, China Mobile. And both Facebook Messenger and Snapchat (and even Line) have user bases that tower over AT&T’s subscriber base.