This sponsored post is produced in association with Helpshift.

Why user feedback is crucial to a game’s success

A player is enjoying your game, but suddenly discovers a problem with your game. So, what do they do when they need help in that very moment? Players have a few options: they can ping you on social media, email you (and wait even longer for a reply), or leave a nasty review in the App Store. This is all friction that makes customers leave the game to consider a competitor. Not to mention that bad reviews obviously deter potential players as well.

You already know how important player retention is. For instance, Swrve has found that 74 percent of gamers don’t come back for a second time. Meeting your players’ initial expectations is critical for your game’s success. When that first impression matters so much, why would you have them leave frustrated without a chance to determine what the problem is and address it?

A better way is through in-app messaging, which provides direct communication and invaluable intel when resolving issues. For most, this is a pretty big internal build, but platforms like Helpshift offer a great alternative. One that’s getting harder to ignore.

With in-app messaging, gamers just press a ‘Help’ button and instantly talk to you. You get a view of where a customer is in the game, what device they’re using, and other useful information that normally chews up valuable time. An in-app messaging feature even gives you the opportunity to talk one-on-one. And players are more likely to reach out when the platform behaves like iMessage. The result? Issues get resolved before they get publicized, customers are happier, and retention goes up. 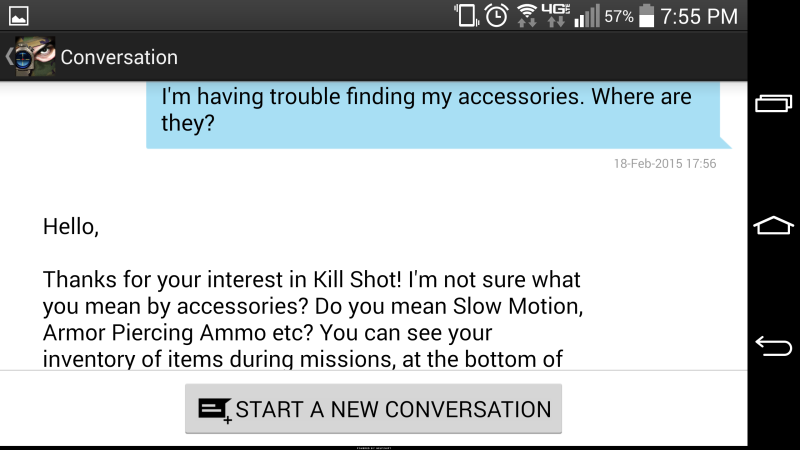 So what are the kinds of things you’re likely to hear? Top complaints from gamers fall into the following categories.

Too many game crashes

When you release your game, you may encounter quality problems, such as software bugs or game crashes not obvious in the test environment. When these happen, you want to identify and fix them as quickly as possible, before you get a one- or two-star rating in the App Store.

Games have to be profitable, otherwise developing them is just another expensive hobby. Game creators make money through in-app purchases, advertising, and pay-to-win models. The idea is to find a harmonious balance between making money and interrupting the game to the point of unhappy gamers. Timing is key. Identify the moments of happiness for your player — hitting a new level, or achieving a milestone. This is the moment that players are most likely to monetize.

In the pay-to-win model, a player pays for the upgrades that allow him or her to progress through the system and secure a spot in the leaderboard. If you’re deliberately increasing your difficulty to force players to pay, it can backfire. Again, the key is striking a balance between the game design and pricing model. If you squeeze your players for too much money, they leave, and you end up with bad publicity.

When a player really gets into a game, he or she gets into a zone. You want your player to stay in that zone, so they progress through the game. Advertising is a key way to make money in freemium games, but too many in-your-face ads interrupt the game and send players elsewhere. Again, think about timing. During crucial moments of a gamer’s experience, don’t bombard them with ads. Execute during the less stressful moments of the game.

Unresponsive developers when stuff is broke

When a player takes time to complain about something not working, the last thing they want to hear from you is silence. Let your customers know you care by responding quickly to customer support issues. According to Tushar Makhija, VP of Business Development at Helpshift, this is a clear case of where time is money.

The increasing number of mobile games on the market means that many games share the same concepts. Sure, it’s tempting to mimic a highly successful game, but don’t simply copy what’s out there. Instead, touch on something new and exciting. Similarly, avoid repeating a past success. Simply putting new art on an old game and calling it a day will end up with nasty comments. As you conceptualize your game, constantly put yourself in your players’ shoes. How will this experience be different for them?

Game takes up too much space on phone

Whether you are targeting North American or Asian markets, if a game takes too long to download (either due to a poor connection with your server or a bloated app), a player is going to lose interest. What’s more, if your app takes up too much space, it becomes a candidate for deletion when a player wants to download other games.

Complaints are really just another form of feedback. But if you respond to players’ concerns directly — and demonstrate you care and are listening — you have a better chance of increasing user engagement and retention, and keeping your players in the game. If you don’t, your players will just find another game to play.