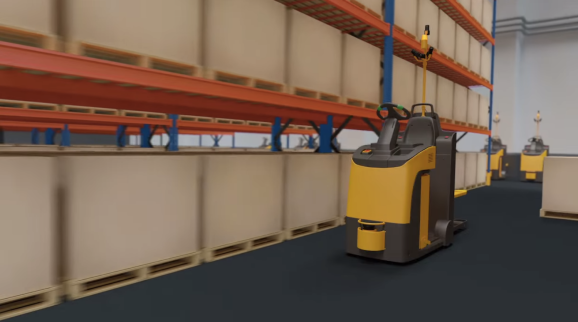 RoboCV, a Moscow-based startup developing autopilot solutions for vehicles and industrial equipment, has just raised $3 million in a Series A round.

The funds will be used to develop existing autopilot systems for warehouses and to develop a pre-series autopilot RoboCV X-MOTION, the company stated. Also, RoboCV will implement a full-scale complex robotics project in warehouses and production facilities for Samsung’s and Volkswagen’s Russian factories, where pilot projects have just been completed, and other clients.

The firm intends to equip tens of warehouse machinery systems with X-MOTION by the end of 2015.

The Russian startup is also developing activities internationally. It intends to develop vehicle autopilot solutions with STILL GmbH, a leading supplier for intelligent control of intralogistics. RoboCV and STILL have plans to get a line of preinstalled autopilot X-MOTION electric trucks. This product will be sold on the Russia and CIS countries markets at the end of 2015 and on the international market in 2016.

RoboCV describes its technology as “a universal autonomous navigation robotic unit.” This compact device has a built-in associated navigation system (combining inertial navigation system, GLONASS/GPS and machine vision for optimal accuracy) and hardwired software for processing the indications coming from this system.

Of the five venture funds taking part in the latest round, four are Russian or have strong connections with Russia: I2BF Global Ventures, VTB Capital Investment Management, Leta Capital, and Almaz Capital. Another one, Columbus Nova, is a New York-headquartered multi-strategy investment firm.

“Robots are becoming more affordable and popular in almost all areas of our lives. We see great potential in the development of RoboCV all over the world,” said I2BF Global Ventures Managing Partner Alexander Korchevskiy.

RoboCV was was founded in 2011 and is a resident of Skolkovo, the international high tech hub under completion on the outskirts of Moscow.

RoboCV is one of the 50 most influential companies in the global robotics industry, according to Robotics Business Review.