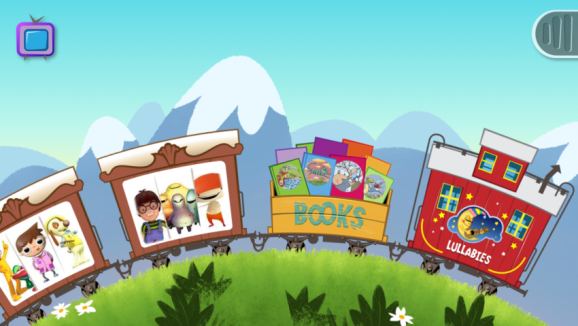 Mobile apps can expand at lightening speed. But if your app is targeting kids, there’s an extra step involved: Winning over the parent first.

PlayKids, a wildely popular app designed for toddlers, shows how an app can still be built into a global platform despite significant growing pains.

The parent company, Movile Internet Movel, first created the app in Brazil in 2013 as a TV subscription that allowed children to watch their favorite shows anywhere they go – over 200 videos, with new episodes added weekly.

Six months later, the app expanded into the U.S. market, and since then it’s rolled out to 27 countries in six languages. Its content targets children under five. It offers a free version, but a monthly subscription of $8.99.

The app reached more than 6 million downloads within a year of launching, and has more than 3 million monthly active users.

PlayKids prioritized its markets by targeting those with high penetration of smartphones and tablets. Makes perfect sense for a product aimed at parents who want to expose their children to high-quality content on mobile devices.

Significant cultural differences, however caught the company off guard, said Eduardo Enrique, the company’s head of global expansion. This impacted both content and marketing in dramatic ways.

In the case of Germany, simply getting the market comfortable with the concept was a challenge. In Germany, parents will avoid exposing children to cellphones and tablets “with all their might,” Henrique explained. “They hate it — and it made it super difficult to penetrate. So it wasn’t just about translating ads; we had to convince German parents PlayKids wasn’t a bad thing, but a good thing.”

Billing is also different from country to country. Credit card penetration is one thing in the U.S. It’s another in Brazil, and different in Mexico where it’s a pre-paid gift card market.

Converting users from using the free version to the paid version can be difficult as well. Conversion rates vary between countries. PlayKids is based on a subscription model, providing the app install for free along with a limited selection of the content consisting of books, videos, television series, educational games, and even lullabies. To unlock all the content, users are encouraged to pay for a $8.99/month subscription fee (all educational games are accessible for free.)

Henrique wouldn’t specify the conversion rate for the U.S. It ranges from two percent to 11 percent depending on the country, he said.

He was, however, very forthcoming that Apple’s iOS generated more revenue for the company than Google’s Android. “Apple is very focused on high-end devices, and my theory is that those who own those devices are willing to spend more money.”

That’s born out by recent App Annie’s annual report, which claims the App Store generated more than 70% more revenues than Google Play in 2014.

Henrique also points to Apple’s mature billing system. “It’s more efficient,” he says. In most countries, Apple forces the user to attach a credit card to their account, so it’s almost impossible to use an iPhone without a valid credit card, he says.

So while Android produces many more downloads, PlayKids has prioritized Apple from a marketing perspective. At the same time, Henrique will not invest marketing dollars with any channel that cannot segment against his niche audience. “You can tell me you have a mobile install platform that has a billion impressions per day, but if it can’t target parents with kids under five, I don’t care.”

One of PlayKids’ biggest marketing challenges is the regulations around collecting data on children. Because of COPPA — the Children’s Online Privacy Protection Act — PlayKids doesn’t collect any data on its users, the kind of personalized data that is essential for engaging and re-engaging users.

“This is one of my main problems today. It’s a super delicate process and we are working exactly on this now in partnership with an expert in COPPA law.” To help ease the path for this, PlayKids is investing in developing entirely new content aimed at parents themselves. “In this way, we’ll have a dialogue with parents to provide information, understand their needs, offer them a service, and improve our products. It’s one of our main priorities in 2015.”

Eduardo Enrique, Head of Global Expansion for Playkids’, will be joining other senior execs at Mobile Summit and participating in one of the fireside sessions focusing on mobile targeting strategies. More details on the sessions at Mobile Summit and be found on the event’s agenda page. Space is extremely limited — we’ve only got seats for a total of 180 executives — but it’s not too late to apply for one of the remaining seats.