Imagine you and seven other people sitting inside a pressurized cabin, swinging gently below a balloon that could swallow an entire football stadium. At 102,000 feet above the ground.

That vision might sound like something from the distant future, but it might not be as far away as you think. Yesterday, a company called World View conducted a test that it says could help it make that vision a reality by the end of next year.

World View is in the space tourism business, and it is hoping that by the end of 2016, it will be ferrying people to the edge of space underneath its giant balloons for $75,000 a pop. But before it can get there, it has to prove — to itself, to regulators, to passengers, and others — that it can safely get them to that lofty altitude, keep them there for an hour or two, and then get them back right to the desired landing spot.

World View has been developing a proprietary parafoil system that will allow it to control the flight of its payloads as they head back towards Earth. Without a parafoil, which is essentially a rectangular parachute that flies atop the cargo, be it scientific experiments or passengers, there would be no way to guide them back to terra firma. With one, it’s possible to gently glide to a specific spot.

Until now, the world record altitude for parafoil flight was about 50,000 feet, Padilla told VentureBeat. But WorldView got its parafoil, which was atop a balloon carrying scientific payloads from researchers at Montana State University and the University of North Florida, to 102,200 feet Friday morning.

But the flight was about more than just setting a world record. “It was incredibly important,” Padilla said. “Before yesterday, there was a question of whether you could even fly a parafoil from these altitudes. And certainly, the question in everyone’s mind was, Could we do this on our first attempt?”

World View launched its balloon from an airport north of Tucson, Arizona. The parafoil was a couple hundred feet square feet, Padilla said. But in order to successfully carry a capsule with eight people (six passengers, a pilot, and a copilot), the balloon itself would have to have a capacity of 15 million cubic feet — big enough to encompass a football stadium — and a parafoil of about a couple thousand square feet. 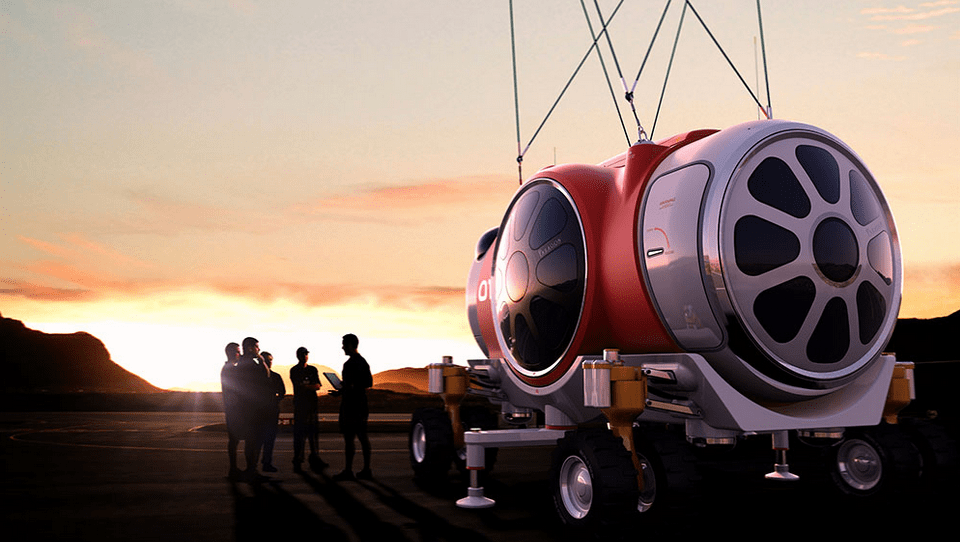 Although World View wants to take its passengers to the edge of space, it doesn’t consider itself to be direct competitors to outfits like Virgin Galactic, which is hoping to take people on quick flights into space for $250,000 a seat. That’s because, Padilla said, while Virgin Galactic passengers will get about five minutes of weightlessness after launching into space on a small rocket, World View’s will get a 90-minute ride to their 100,000-foot ceiling, a couple of hours at that altitude, and then at least a 30 minute descent.

Virgin Galactic had hoped to begin flying its passengers sometime this year, but its progress was set back significantly by a fatal accident last fall. For its part, World View has “said we’re aiming to start taking people to the edge of space at the end of 2016,” Padilla said. “That’s a pretty aggressive schedule. It’s a good thing to work to an aggressive schedule. That might be too aggressive. … We’re going to do this when it’s safe.”