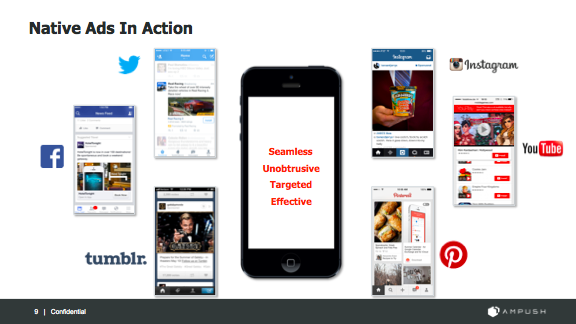 If entrepreneur Jesse Pujji’s prediction is right, 2015 will be the year of global mobile ecommerce (or m-commerce).

And engaging people on mobile there is important, because mobile ecommerce is roaring. In the fourth quarter of 2014, mobile devices accounted for one-third of all ecommerce transactions worldwide (and 27 percent in the U.S.), according to a recent State of Mobile Commerce Report published by ad network Criteo.

Mobile commerce will eclipse desktop by 2016, according to a joint study between Paypal and Ipsos: Between 2013 and 2016, the compound annual growth rate for m-commerce is projected to be 42 percent, versus only 13 percent for e-commerce.

Since more than 60 percent of time spent online is via mobile, it stands to reason that a lot of stakeholders are trying to get this right and speed up consumers’ ability to shop with the devices in their hands rather than with those on their desks — particularly since Criteo’s report showed that the average dollar value of a mobile order is approaching that on desktop.

But social platforms aren’t just about reach — they’re also about marketing efficacy and efficiency. They increase personalization and accurate targeting because of the amount of data known about users in these platforms, as well as the ability for marketers to merge their own data with them.

“The whole world is moving away from cookies,” says Jesse Pujji. “Cookies work on the desktop, but even then, they’re just proxies for identification.”

In other words, cookies can say where you’ve been and what you’ve looked at online, but any kind of personal information that a website may have collected on a user is encrypted. With platforms like Facebook and Twitter, marketers can identify social users from email addresses within their own CRM data  — and target these consumers with far more precision using custom audiences to advertise to them within the social ecosystem.

He serves up a personal example: “Virgin America knows that I fly between San Francisco and New York very often – and they’re the only one who has that data about me. So they can now target me in Facebook and show me an ad based on that information.”

Along with Facebook, native in-stream advertising in mobile (ads that appear in users’ newsfeeds on their mobile screens) has now been introduced across all leading social platforms: Twitter, Tumblr, Instagram, Pinterest, YouTube, and LinkedIn all provide these formats that integrate seamlessly into the user experience.

According to Pujji, “Clickthrough rates on these units tend to be anywhere from10 to 20 percent higher than traditional display.” Don’t forget to factor in that many clicks on mobile display ads are entirely accidental.

To accelerate mobile commerce, just this week Facebook announced its new Product Ads. Most brands offer a vast range of products — with Product Ads, Facebook has made it easier for marketers to serve up the right product to the right user at the right time. Brands can upload their entire product catalogues into Facebook’s system and automatically reach people who visited their website or app or reach users based on specific interests, locations, and other variables.

It’s not surprising that Facebook is pushing quickly in this direction. Mobile advertising accounted for a whopping 69 percent of its advertising revenue in the fourth quarter of 2014 — or $2.48 billion.

Pujji sees enormous potential in these dynamic products ads, and he says ecommerce companies are positioned particularly well to convert purchases directly through mobile. “We’re seeing a lot of the subscription ecommerce businesses leveraging mobile — folks like (The) Honest Company or Dollar Shave (Club). And especially those that are mobile-first — like Jackthreads — where their whole customer base has been cultivated and run on mobile, so it’s not weird for them to buy something on the mobile phone with them.”

He then talks about a sports ticketing company client (he cannot name) with an interesting problem: their inventory is perishable. With these new dynamic products ads, Pujji says, “They can leverage our platform to create a continual stream of new ads, targeting the right people with, say, a Cardinals game or 49ers game, and we optimize in real-time based on what people are clicking on, and buying, and what they’re not.”

The retail giants are also intent on cracking m-commerce. During last years’s holiday season, 70 percent of traffic to Walmart.com came through mobile, according to the brand. Target’s an early adopter of the Facebook Product Ads, and according to Kristi Argyilan, Senior Vice President of Target, they’re showing strong performance with mobile shopping, “where we’re seeing two times the conversion rate.” The revolution’s clearly unstoppable, with social at the forefront.