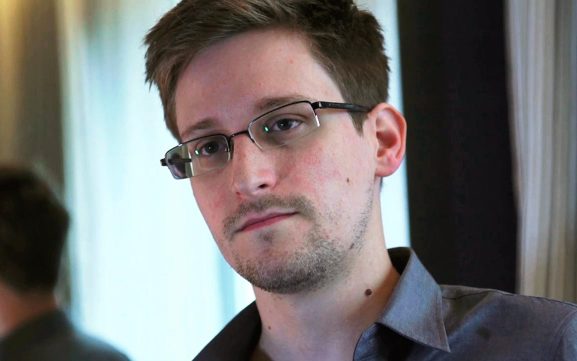 Update 2:05 p.m. PT: The AMA is over! We’ve updated the story accordingly.

Nearly two years after orchestrating the biggest leak in U.S. history, mass surveillance whistleblower Edward Snowden sat down with journalists Laura Poitras and Glenn Greenwald for a Reddit AMA (ask me anything).

We’ve collected some of the more interesting questions and answers below.

TheJackal8: Mr. Snowden, if you had a chance to do things over again, would you do anything differently? If so, what?

Snowden: I would have come forward sooner. I talked to Daniel Ellsberg about this at length, who has explained why more eloquently than I can.

Had I come forward a little sooner, these programs would have been a little less entrenched, and those abusing them would have felt a little less familiar with and accustomed to the exercise of those powers. This is something we see in almost every sector of government, not just in the national security space, but it’s very important:

Once you grant the government some new power or authority, it becomes exponentially more difficult to roll it back. Regardless of how little value a program or power has been shown to have (such as the Section 215 dragnet interception of call records in the United States, which the government’s own investigation found never stopped a single imminent terrorist attack despite a decade of operation), once it’s a sunk cost, once dollars and reputations have been invested in it, it’s hard to peel that back.

Don’t let it happen in your country.

LegalNerd1940: What validation do we have that Putin is being honest about NOT spying in Russia?

Snowden: To tag on to the Putin question: There’s not, and that’s part of the problem worldwide. We can’t just reform the laws in one country, wipe our hands, and call it a day. We have to ensure that our rights aren’t just being protected by letters on a sheet of paper somewhere, or those protections will evaporate the minute our communications get routed across a border. The only way to ensure the human rights of citizens around the world are being respected in the digital realm is to enforce them through systems and standards rather than policies and procedures.

masondog13: What’s the best way to make NSA spying an issue in the 2016 Presidential Election?

Snowden: This is a good question, and there are some good traditional answers here. Organizing is important. Activism is important.

At the same time, we should remember that governments don’t often reform themselves. One of the arguments in a book I read recently (Bruce Schneier, “Data and Goliath”) is that perfect enforcement of the law sounds like a good thing, but that may not always be the case. The end of crime sounds pretty compelling, right, so how can that be?

Well, when we look back on history, the progress of Western civilization and human rights is actually founded on the violation of law. America was of course born out of a violent revolution that was an outrageous treason against the crown and established order of the day. History shows that the righting of historical wrongs is often born from acts of unrepentant criminality. Slavery. The protection of persecuted Jews.

But even on less extremist topics, we can find similar examples. How about the prohibition of alcohol? Gay marriage? Marijuana?

Where would we be today if the government, enjoying powers of perfect surveillance and enforcement, had — entirely within the law — rounded up, imprisoned, and shamed all of these lawbreakers? … [Read more]

Greenwald: The key tactic DC uses to make uncomfortable issues disappear is bipartisan consensus. When the leadership of both parties join together — as they so often do, despite the myths to the contrary — those issues disappear from mainstream public debate.

The most interesting political fact about the NSA controversy, to me, was how the divisions didn’t break down at all on partisan lines. Huge amount of the support for our reporting came from the left, but a huge amount came from the right. When the first bill to ban the NSA domestic metadata program was introduced, it was tellingly sponsored by one of the most conservative Tea Party members (Justin Amash) and one of the most liberal (John Conyers).

The problem is that the leadership of both parties, as usual, are in full agreement: they love NSA mass surveillance. So that has blocked it from receiving more debate. That NSA program was ultimately saved by the unholy trinity of Obama, Nancy Pelosi and John Boehner, who worked together to defeat the Amash/Conyers bill … [Read more]

LegalNerd1940: What was the most alarming revelation(s) you discovered throughout this process, and is there more to come?

Greenwald: For me personally, the most shocking revelation was the overall one that the explicit goal of the NSA and its allies is captured by the slogan “collect it all” – meaning they want to convert the internet into a place of limitless, mass surveillance, which is another way of saying they literally want to eliminate privacy in the digital age.

magic_rub: Laura, are you still detained for extra screening when you fly in the US?

Poitras: The detentions have thankfully stopped, at least for now. Starting in 2006, after I came back from making a film about Iraq’s first election, I was stopped and detained at the U.S. border over 40 times, oftentimes for hours. After I went public with my experiences (Glenn broke the story in 2012), the harassment stopped. Unfortunately there are countless others who aren’t so lucky.

moizsyed: How did you guys feel about about Neil Patrick Harris’ “for some treason” joke last night?

Snowden: To be honest, I laughed at NPH. I don’t think it was meant as a political statement, but even if it was, that’s not so bad. My perspective is if you’re not willing to be called a few names to help out your country, you don’t care enough.

“If this be treason, then let us make the most of it.”

max_fisher: For Edward Snowden — Russian journalist Andrei Soldatov has described your daily life as circumscribed by Russian state security services, which he said control the circumstances of your life there. Is this accurate?

Snowden: Good question, thanks for asking.

The answer is “of course not.” You’ll notice in all of these articles, the assertions ultimately come down to speculation and suspicion. None of them claim to have any actual proof, they’re just so damned sure I’m a Russian spy that it must be true. And I get that. I really do. I mean come on — I used to teach “cyber counterintelligence” (their term) at DIA.

But when you look at in aggregate, what sense does that make? If I were a Russian spy, why go to Hong Kong? It’s would have been an unacceptable risk. And further — why give any information to journalists at all, for that matter, much less so much and of such importance? Any intelligence value it would have to the Russians would be immediately compromised.

If I were a spy for the Russians, why the hell was I trapped in an airport for a month? I would have gotten a parade and a medal instead.

The reality is I spent so long in that damn airport because I wouldn’t play ball and nobody knew what to do with me. I refused to cooperate with Russian intelligence in any way (see my testimony to EU Parliament on this one if you’re interested), and that hasn’t changed.

At this point, I think the reason I get away with it is because of my public profile. What can they really do to me? If I show up with broken fingers, everybody will know what happened.

Other interesting questions include “Mr Snowden, do you feel that your worst fear is being realized, that most people don’t care about their privacy?” and “Laura: Will you release more footage of the meetings held with Snowden in Hong Kong?”

Please do check out the full AMA for more. It packs plenty of gold.