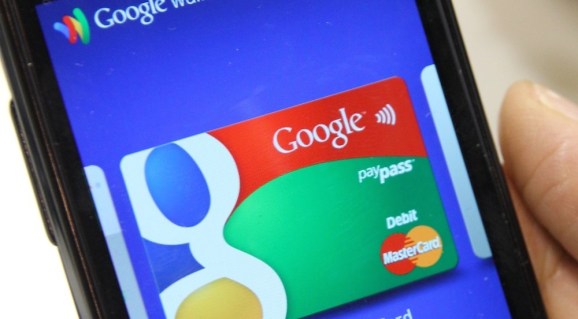 Watch out, Apple: Google just inked a deal to have its mobile wallet preinstalled on all Android devices.

In a strange turn of events, Google is striking up a partnership with three major wireless carriers in the U.S.

“Under this relationship, the Google Wallet app, including the tap and pay functionality, will come pre-installed on Android phones (running KitKat or higher) sold by these carriers in the US later this year. We’re also acquiring some exciting technology and intellectual property from Softcard to make Google Wallet better.”

With the new agreement in place, Google Wallet will soon come preinstalled on all Android devices in the U.S. running KitKat or higher.

It was suspected by some media outlets that Google was in the process of buying up Softcard whole. In actuality, the company was only purchasing components of Softcard’s technology and likely some intellectual property.

The bigger news here is that Google will now be able to run its Wallet app and tap-to-pay technology on its own devices — putting it on a level with Apple’s Apple Pay.

Google has long fought with carriers over enabling its near-field communication payment app on devices. When Google Wallet first launched, Verizon, T-Mobile, and AT&T refused to give the company access to the proprietary secure chip technology called the “secure element.” Without that ingress, Google Wallet couldn’t send payment information to a store’s register, forcing it to develop other means of communicating payment information to merchants.

The app also wasn’t preinstalled on Android devices, which was a secondary barrier to consumer adoption.

Many speculated at the time that the carriers were trying to impede Google Wallet’s potential success, because they were launching their own digital payment method called Softcard.

But when Softcard failed to gain traction with consumers, it appears the carriers had to reposition their stance with Google.

It will be interesting to see if the carriers dismantle Softcard altogether, though neither Google nor Softcard seems to indicate they will. But with Google Wallet now fully running on its own devices, it wouldn’t be surprising if Softcard quietly slipped out of the race.