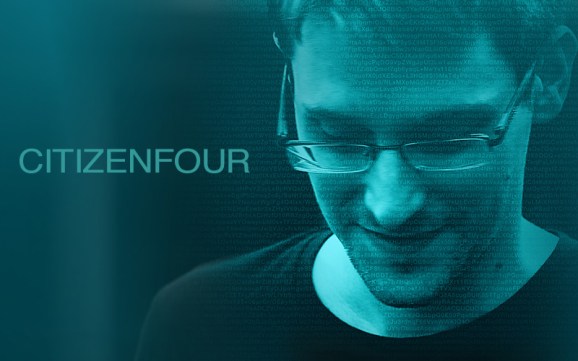 The Hollywood elite showed some love for Edward Snowden and the journalist, Laura Poitras, who directed the award-winning documentary and helped break the massive National Security Agency spying scandal. The documentary itself chronicles the story of the Snowden leaks.

“The most important decisions being made affecting all of us are made in secret. We lose our ability to check the powers that control,” said Poitras in her acceptance speech. She was joined on stage by her frequent collaborator, journalist Glenn Greenwald.

“Thank you to Edward Snowden for his courage and for the many other whistleblowers, and I share this with other journalists who are exposing truth.”

Representative Justin Amash, who gained national fame for sponsoring an amendment that proposed to cut funding for part of the NSA’s surveillance effort, retweeted the Oscars announcement.

It is unknown if the new Republican Congress would pass any reform related to mass surveillance. So far, President Obama has chosen not to make significant changes.

So, not only would Congress need to pass a bill, but it might have to be something that could withstand a possible presidential veto.