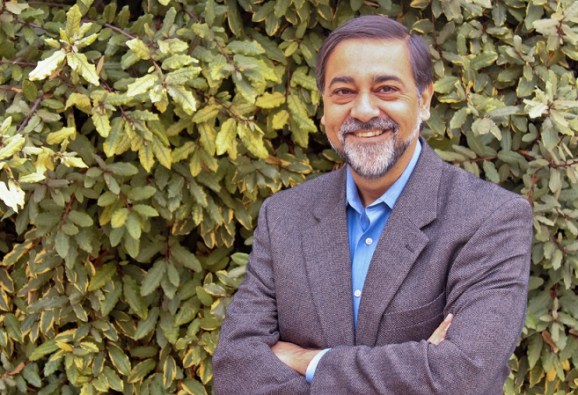 I started advocating for women in engineering in 2006 when my dean at Duke’s Pratt School of Engineering, Kristina Johnson, made me aware of the declining numbers of women entering the field. As a former tech entrepreneur, I found the situation alarming. I had spent the last few years researching how education, immigration, and entrepreneurship drive innovation. The fact that half of our population was being left out of the fields most important to our future seemed deeply wrong to me.

When I moved to Silicon Valley in 2009, I realized that what I had thought was a well-functioning meritocracy actually was nothing of the sort. It was a boys’ club that regarded women as less capable than men and subjected them to negative stereotypes and abuse. I wrote about this and took intense fire for my public views from some of the Valley’s power brokers. I was advised by male friends to stay away from this topic because it would hurt my credentials and career. My universities also received complaints from powerful alumni and other potential donors, but they stood firmly behind me.

It used to be that when the media wrote about Silicon Valley, they repeated the myth of meritocracy. These days, it’s understood that sexism exists in the technology industry. Thanks to years of work by brave, vocal women who have consistently and eloquently raised the issue, we have made progress. Along the way, some men, such as I, have tried to contribute by speaking out alongside them and proposing ways in which to make the industry a safer, more welcoming place for women. Now, Google, Apple, Facebook, Intel, Microsoft, and Twitter have disclosed their dismal diversity data, and, where there used to be silence and ignorance, we hear their CEOs pledging to create the necessary opportunities. The National Venture Capital Association has established a taskforce to look into why there are so few female venture capitalists and how to improve the ratio.

I have little doubt that we will see a significant shift in the culture of the technology industry towards greater acceptance and inclusion of diversity. But achieving this will only be possible if moderate and constructive voices lead the debate. My worry is that personal agendas, fringe groups, and the media will make the discussion toxic.

This issue has always been controversial, but the intensity of mistrust and vitriol on all sides has gone to another level. I have experienced this first hand. Over the past few weeks, I have been accused of financial impropriety, arrogance and insensitivity, and sexual harassment. You expect these types of insults from bloggers, but I was quite surprised to find them coming from a National Public Radio affiliate, WNYC.

On February 6, WNYC published a podcast titled “Quiet, Wadhwa.” It criticized me for “taking the oxygen out of the room” by “speaking for women.” There were more than 11 minutes of inaccuracies and innuendo made against me without even an attempt at fact-checking — despite the serious nature of the charges. The vast majority of allegations would not have passed a simple Google search. Yet I was not even asked to comment. WNYC completely disregarded the fact that I routinely share my media platform with women and regularly refer journalists to women in tech.

The podcast was removed six days after it was posted without any proper explanation or acknowledgment of factual errors. I didn’t ask for it to be removed and repeatedly asked for it to be reinstated, first because it would have taken on a life of its own anyway, and second in order to let readers make sense of a refutation of its allegations.

Indeed, gossip website Gawker began to speculate that WNYC had been spooked that the broadcast “could be read as accusing Wadwha of sexual harassment.” The podcast had referred to my attempt to have a conversation with one of my critics through a Twitter direct message (DM) as “the hand on the knee of social media.” A software engineer had tweeted accusations of my misappropriating money, among other things, and after a prolonged public exchange with me, she followed me. I started off by apologizing for any offense I may have caused, asking to learn more about what I had done wrong, and offering to discuss to these concerns during my office hours at Stanford or by phone.

Based on this, the podcast claimed that I had a “tendency to send a DM” and said it is “creepy when someone goes into your DM, it is this non-consensual let’s go over here where people can’t see you criticizing me and maybe I can talk to you there.” They alleged that I done this to several women and said it was like the “hand on the knee” or an invitation to young women to “come sit on my lap.” Many people interpreted these words to imply that I am some sort sexual predator.  For the record, I DM people — male and female — in situations like this because I have found that conversations out of the limelight are often far more civil and that usually we find common ground quickly.

For a follow up segment, WNYC had the same journalist interview me. This caught me completely off guard. I had expected that just as they had assigned a new producer to the segment, they would also have assigned an impartial journalist. After the first segment was aired, the host had tweeted a link to it and asked her followers to “relax, indulge, treat yourself: laugh at a man.”

In the podcast that was aired on Feb 19, WNYC editors interviewed each other and made light of their own journalistic breaches. They hurled new accusations at me, and cut and pasted the worst parts of my interview — in which I couldn’t hide my anger and anguish. They very skillfully edited out instances in the interview where the host acted improperly. They aired about half of our 28 minute discussion. I seemed very angry and condescending. Yes, I know I should have done better and stayed calm under fire.

National Public Radio takes great pride in its “objective journalism,” but this was somehow not reflected in the podcast. It was the most contentious and unprofessional interview I have ever been a part of.

The effects of the toxic debate are not confined, however, to any particular group or person. The diversity debate has itself become incendiary. Moderate voices are drowned out by shouting and vile invective. Women and men who might otherwise want to voice their intelligent opinion have been silenced by fears that they too will be maligned.

Rumors now move at Internet speed. Once false information is out there, it is nearly impossible to correct. For example, I was accused of profiting from the pain and suffering of women. My attempts to clarify this publicly were impeded by the sheer volume of angry messages on Twitter. Each time I tried to address the points of my critics, I found others piling on or taking my words out of context. I got frustrated, and it showed, and the quality of the discussion suffered. Social media is a powerful means of spreading information but also of fostering misunderstandings.

I am very glad to have spent time and energy advocating for women in technology. I have written more than 75 articles on this subject in global publications. I completed two research projects at Duke and Stanford Universities on women in technology. And I have worked with many talented women to create a book, Innovating Women, which gave voice to hundreds of great women from all over the world. I am hopeful that my efforts have had a positive impact and have helped elevate the issue.

But I may have made the mistake of fighting the battles of women in technology for too long. And I may have taken the accusations too personally. Today there is a chorus of very powerful, intelligent, voices who are speaking from personal experience. The women who I have written about, who have lived the discrimination and abuse, as well as others, deserve the air time. So I am going to bow out of this debate.

I am still going to be an advocate for disenfranchised minorities; I will continue to mentor women and men entrepreneurs; I will surely coach my friends who are in positions of power in corporations; and I will echo the words of great women. It gives me great hope to see women taking their rightful place alongside men in building the innovation economy and working to make Silicon Valley a true meritocracy.