Business messaging is both a commodity and a space already ripe for disruption. As of October 2014, Slack was the fastest-growing workplace software ever. That’s a pretty astounding feat considering that the company launched in 2014 and just nine months later announced $120 million in funding with a valuation of $1.12 billion. It’s been called a fancy chat room. But what it does is bring conversations strewn across multiple apps back to one place. It is also a powerful repository of all company engagement tied to a powerful search platform.

Slack boasts over 500,000 daily active users, who spend collectively over 100 million hours on a monthly basis sending over 300 million messages. The company is already generating over $12 million in annual revenue from over 135,000 paid accounts.

The pitch for Slack is that it makes you more productive by reducing the amount of time you spend on other productivity-related tasks. But it’s the entire user experience and approachable premise that I believe sets Slack up for future success. It’s completely human-centered, meaning that the design and functionality are intended to get you connected and engaged. It’s already familiar, building upon how people communicate outside of work to make collaboration intuitive at work. From there, the platform simply facilitates what you want to do. The tech is invisible. And it connects to tools your company already uses, so it becomes part of a hub or workflow. Believe it or not, this is rather uncommon in the enterprise software world. And the trend towards consumerization of business tools is only going to follow Slack’s lead and set the entire space up for a complete overhaul. Watch out, Salesforce!

P.S. Slack is brought to you by Stewart Butterfield, cofounder of the now Yahoo-owned Flickr photo service.

In 2015, you will also see Facebook at Work roll out slowly at first and then at scale as time and the app age a bit. It is designed to help groups of users collaborate, share documents, and manage projects in the workplace. My partner at Altimeter Group, Charlene Li, pointed out that Facebook has been using this tool internally for the last four years, and thinks it’s robust enough to launch for the general public. “We have a long history of successfully connecting people and connecting businesses,” said Elisabeth Diana, corporate communications director at Facebook. “It’s a worthwhile test to explore.” As Charlene also noted, enterprises could potentially have a hard time keeping employees on Chatter, Yammer, or other internal social networks when the Facebook interface is already so familiar and functional.

Exitround, founded by Jacob Mullins and Greg Dean, is a private, anonymous marketplace for buyers and sellers of technology companies [Editor’s disclosure: Jacob Mullins previously worked for VentureBeat]. It helps buyers find technology companies that fit squarely within their target. Exitround also eliminates inbound chaos by automating prospecting. Essentially, buyers only speak to companies that fit their strategic interests. This also optimizes potential exits for startups. In the end, these types of deals come down to human relationships and people.

We all know that most startups, even those that are the most promising, are likely to fail. There are several possible exits beyond demise. “Aqui-hires” are most prevalent of course. There’s also asset acquisition, where acquiring companies can build or expand on the work done by others.

Exitround’s platform applies a sophisticated human algorithm that creates unmatched efficiency and desirable outcomes. While this is traditionally done through highly connected personal networks, there appeared to be an opportunity to add marketplace dynamics and algorithmic sophistication to gain a high level of scale in connecting buyers and sellers who may be a perfect match, but otherwise may not have met.

Exitround is optimizing an existing market through new tech, but it is doing so in ways that breathe life into potential deals sooner and with better matches that lead to improved outcomes. For those companies that see quiet exits or those investors seeking great tech or talent under the radar, this is exceptional. 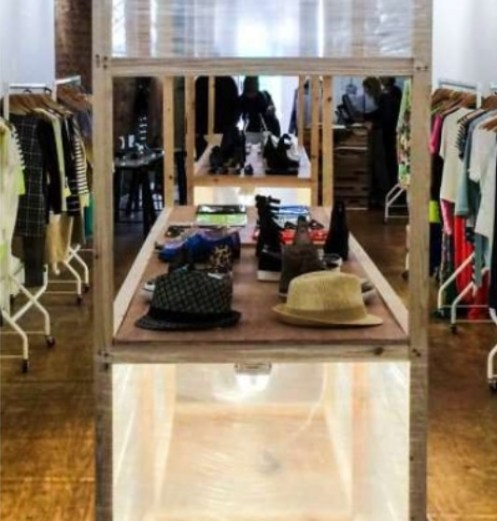 For the last company, I wanted to include something that’s flying under the radar but also doing things that create new opportunities. Brands are always looking for ways to capitalize on the latest trends. At the same time, entrepreneurs, artists, designers, photographers, etc., could use creative outlets to show or sell their creations. We have seen countless shops pop up and then vanish, from everyone from Marc Jacobs to Nike, Levi’s to Marshawn Lynch, and anything you can imagine in between. Each time they pop up, they seem to be a hit while also earning the attention of consumers and media alike.

But what happens when you don’t have connected retail experts to help you facilitate your own pop-up? Meet We Are Pop Up. Said simply, this promising company is best described as the Airbnb of temporary retail space. It connects landlords and temporary tenants with commercial grade space to host a popup shop, experience, or event. The result is a unique, short-term use of space to engage customers, host a creative function, generate buzz, or test new ideas. Artist Sophie Giblin opened a pop-up gallery in Brighton Square for her work using the service. “It is cheap and low risk and a great way of showing off the work of local and emerging artists. There is no way I could afford to commit to a long-term lease on a gallery,” she shared in a recent story.

Brian Solis is a digital analyst, business strategist, and futurist. He is a Principal Analyst at Altimeter Group and author of the book What’s the Future of Business (Wiley, 2013).