Firefox 36 for the desktop is available for download now on Firefox.com, and all existing users should be able to upgrade to it automatically. As always, the Android version is trickling out slowly on Google Play.

The biggest news for the browser is undoubtedly HTTP/2 support, the roadmap for which Mozilla outlined just last week. Mozilla plans to keep various draft levels of HTTP/2, already in Firefox, for a few versions. These will be removed “sometime in the near future.”

HTTP is an application protocol that forms the foundation of data communication for the World Wide Web. Over the years, it has become dated, and there have been many initiatives to speed it up.

HTTP/2, the second major version of Hypertext Transfer Protocol (HTTP) and the biggest update in years, was finalized earlier this month. It is the first new version of the HTTP protocol since HTTP 1.1, which was standardized back in June 1999.

On the desktop, Firefox 36 is not a major feature-filled release by any stretch. Still, it does have some notable additions and improvements.

Pinned tiles on the new tab page can now be synced, a minor change that will mainly be celebrated by hardcore Firefox users. Those interested in the security world will be happy to know that Firefox will no longer accept insecure RC4 ciphers “whenever possible” and that certificates with 1024-bit RSA keys are being phased out.

If you’re a Web developer, you may want to get more details at the Firefox 36 for developers page.

Firefox 36 is arguably a bigger release on mobile than on the desktop, even though both are getting HTTP/2. That’s because the Android app has a brand new look on tablets. 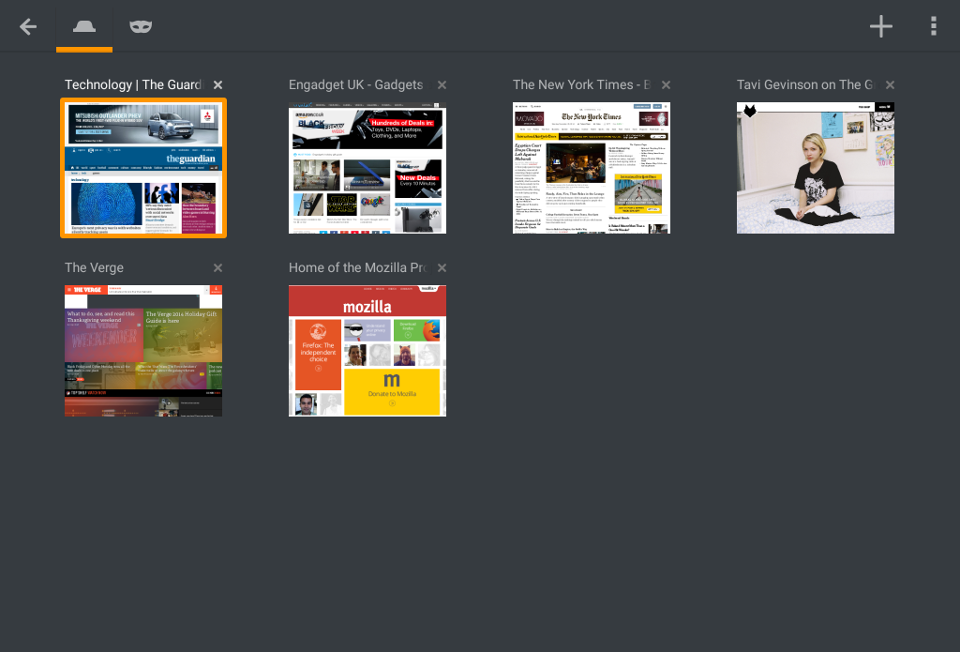 Mozilla says its goal with this redesign was “to simplify the interaction with tabs and allow users to create, remove and switch tabs with a single tap.” The company has also revamped the toolbar and added a full-screen tab panel that is meant to give the user a visual overview of all open tabs.

If you’re not seeing the new Android version, don’t fret. We understand Mozilla is having some technical difficulties getting it out, but it is slated to arrive today. 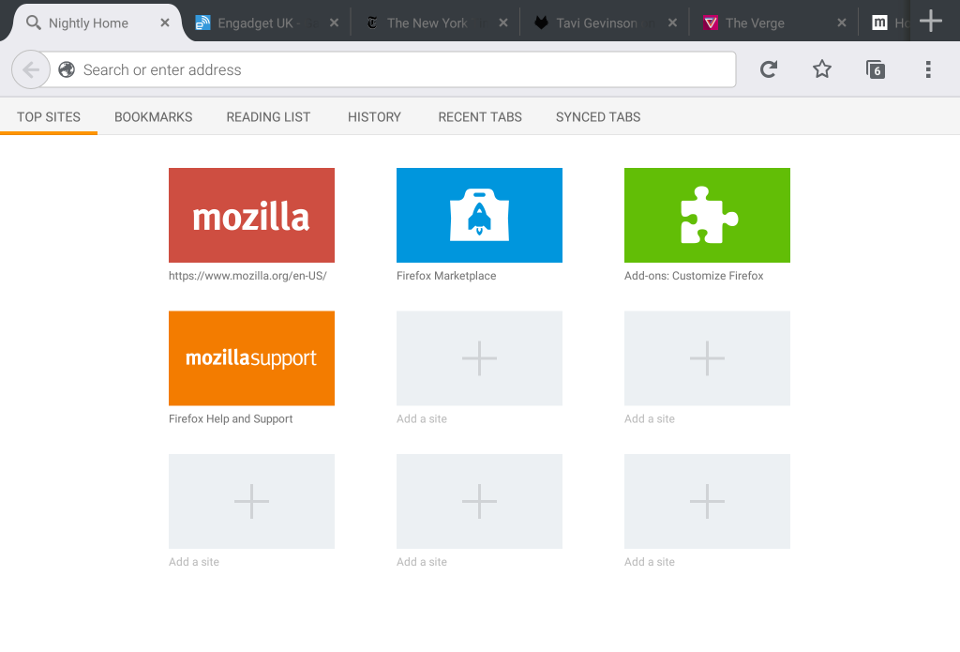 Mozilla typically releases new Firefox versions every six weeks, but Firefox 37 is expected sooner than that: the end of March.